Original voice, character, mature, and perfectionist. Here are few words that best describe Chandra as a an outstanding performer. For years in the music business, Chandra has jumped from being a backing vocalist for names such as Ruth Sahanaya and all the way to Malaysia with Sheila Majid. His dreams has accomplished after 2 (two) years compiling, writing, and getting up close and personal with Major arrangers and producers here in Indonesia.

This album entitled ‘Dari Hati Terdalam’, which means ‘From the Deepest part of Heart’, has reflect all the words and the music contains in it. His words to the meaning of the album title is, “This album is really from the deepest emotion that I felt for life. This is the art medium that I can really present in my most sincere act, through personal contact in song choice, process of productions, to recording. all the songs in this album are chosen by me and with the help of Mr. Tohpati as my producer. 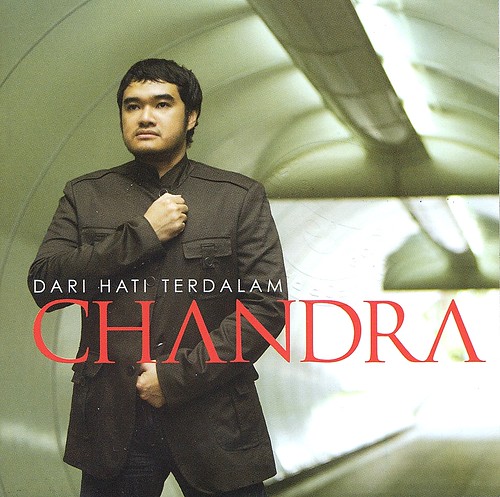 Chandra Satria, his full name, born in Padang, 21 September , as full pledge Indonesian, an Architect graduate from the Universitas Katholik Parahyangan – Bandung. Started early in his career with KSP Band in 1991, then joined 4U Band (1997 – 2000) an acid jazz pop band influenced, which he was one of the biggest cafe band then in Jakarta. Then in 2001, Chandra joined the infamous ACOUSTIC PUNCH group that presents their sounds alikes of the broadway musical.

In between his performing activity, Chandra also can be considered as the most Requested back up vocalist by request of the biggest stars line up, name includes, the late CRISYE, Harvey Malaiholo, Ruth Sahanaya, Titi DJ, VIna Panduwinata, Krisdayanti, Titik Puspa, Sheila Majid, and others. Not to forget to be mentionsed is his performance with major arrrangers such as Erwin Gutawa, Tohpati, Andi Rianto, and DIan HP on major international quality concerts across Asia.