OSAKA, 1 December 2011- When AirAsia X flight D7 536 touched down at Kansai International Airport at 9.25pm (local time), the Malaysian-based, long haul, low fare affiliate of AirAsia fulfilled a promise made to the people of Japan to bring guests back to the country still coming to grips with the aftermaths of the tsunami which engulfed one of Asia’s powerful economies recently.

Osaka is the third largest city by population after Tokyo and Yokohama and serves as a gateway to the popular historical city of Kyoto and Kobe, both of which are accessible in under 30mins by Japan’s highly efficient rail network. 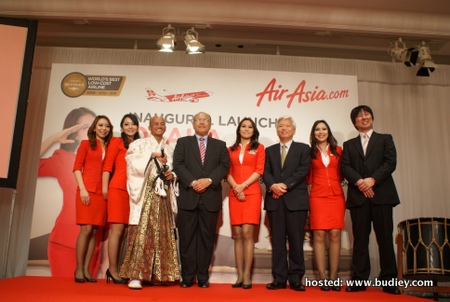 The Kuala Lumpur – Osaka route is AirAsia X’s sixteenth destination to date and its second destination in Japan after Tokyo. Effective immediately, AirAsia X will fly 4x weekly flights on Monday, Wednesday, Friday and Sunday into one of Japan’s main commercial centre.

Guests on the inaugural flight from Kuala Lumpur LCCT were given a loud send-off in the form of a Japanese Drum Performance prior to departure in addition to a special AirAsia X gift pack and Japanese snacks. Upon arrival, all passengers and crew were greeted by “Yuru-kyara” mascots at the gate and were given a traditional Japanese welcome.

Speaking at the official launch ceremony, Azran Osman-Rani, Chief Executive Officer, AirAsia X, said “Brand affinity for the AirAsia X brand remains at an all time high, with demand also returning to pre-tsunami levels. We are grateful for the enthusiastic response we are receiving from the people of Osaka and will continue to be here for a long time to come.

He adds, “The route would be a strong feeder for our guests intending to connect onwards either domestically or internationally from Osaka. Similarly, guests from Japan and surrounding regions would be able to fly into Kuala Lumpur hub and connect onwards to AirAsia’s extensive network of over 165 routes in South East Asia and beyond.

He adds, “ Kansai International Airport is a regional hub giving the Asia Pacific region and beyond the capability to attract a broader range of passengers from America, Oceania/Micronesia, and Middle East, as well as same day domestic flights and ground connections from several major cities in Japan,” concluded Azran.

Must visit areas in Osaka are Den Den Town, the electronic and manga/anime district, which is comparable to Akihabara; and the Umeda district, which houses the Hankyu Sanbangai shopping mall and Yodobashi Camera, a huge electrical appliance store that offers a vast range of fashion stores, restaurants, and a Shonen Jump store.
Must try’s in Osaka include okonomiyaki (pan-fried batter cake), takoyaki (octopus dumplings), udon (a noodle dish), as well as the traditional oshizushi (pressed sushi), particularly battera (pressed mackerel sushi).

To coincide with the opening of Osaka, AirAsia X’s sixteenth and second destination in Japan after Tokyo, AirAsia X is offering special introductory all-in fares from as low as RM199* for one way economy and an all in one way fare from as low as RM599* on its Premium fly flat beds from Kuala Lumpur to Osaka for online bookings from 1 to 11 December, 2011 for immediate travel from 1 December 2011 to 31 March, 2012. Also available are promotional Fly-Thru fares from Osaka to Australia, France, and New Zealand.

Promotional seats are limited and available on first-come, first-served basis and made exclusively available online via www.airasia.com and mobile.airasia.com.

Guests flying on this new route will have the chance to experience the new comfortable ‘Premium fly flat bed seats’ on the brand new A330 aircraft. The flatbed seats are standard business class specifications of 20” width, 60” pitch and stretches out to 77” in full recline position. The seats feature universal power sockets, adjustable headrests and built-in personal utilities such as tray table, drink holder, reading light and privacy screen. This new improvement offers unmatched comfort to the guests and position AirAsia as the market leader, further bolstering the brand as the epitome of innovation and excellence.

In reaching out to our Japanese guests, the airline has recently launched an AirAsia Japan Twitter account in Japanese language at twitter/airasiajp which is aligned with AirAsia’s global strategy in localizing their social media approach.

*Promo Fares include airport taxes and fees.
Flights and fares are subject to availability and are for one way travel only. 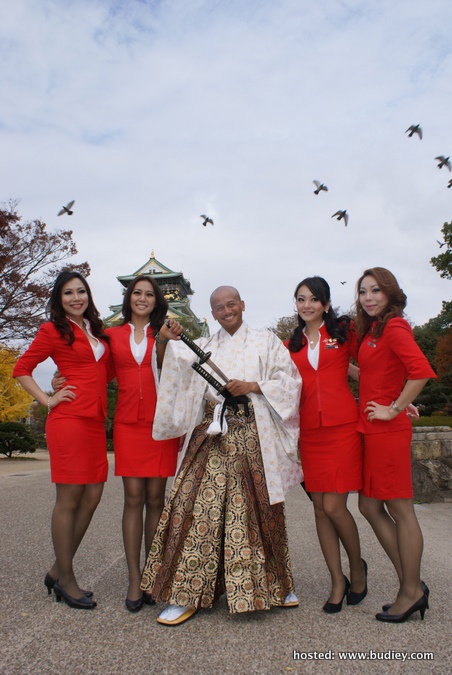 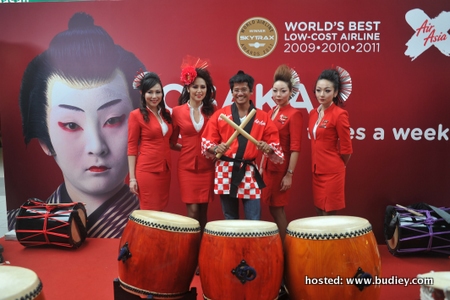 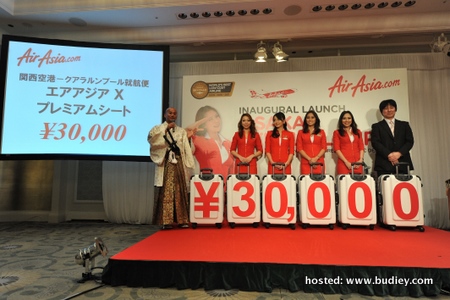