AirAsia Climbing For a Cause!
Latest CSR effort to help needy disabled youths

AirAsia will be answering an appeal for donations in aid of disabled youths through a Charity Climbing Expedition up Mount Kinabalu from 27 – 30 April 2012.

The expedition, organised by a team of AirAsia Engineers, will raise RM100,000 to purchase prosthetics for youths who lost their limbs to illness or traffic accidents. Named ‘Climbing for a Cause’, the expedition is the first of its kind initiated and organised by AirAsia Allstars (employees) as part of a wider Corporate Social Responsibility campaign to encourage community engagement. The climb will involve 42 avid mountain climbers comprising AirAsia Allstars from around the region and representatives from the programme’s sponsors. 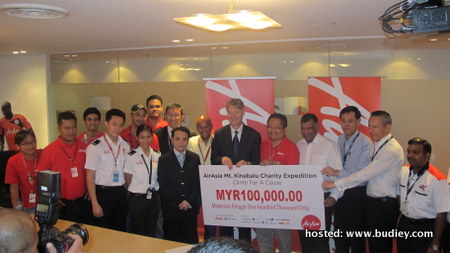 AirAsia Head of Engineering, Anaz Ahmad Tajudin said, “AirAsia Engineers have been organising an annual Mount Kinabalu climb since 2008. This year, the team decided to take the opportunity to raise funds for the youths after reading about their plight in the newspapers.”

AirAsia Group Chief Executive Officer Tony Fernandes added, “I am very proud of the AirAsia Allstars for taking this initiative to respond to the appeal in aid of young people. As a company, we believe in giving others an opportunity and helping those in need. This effort truly reflects the AirAsia spirit and values.”

“I would also like to thank all partners for making this expedition a reality. We hope it will inspire others to organise their own initiatives to help those in need,” he added.

All funds raised will be channelled directly to recipients recommended by the New Straits Times. Selection of recipients is based on a set of criteria identifying those in need according to their household income and urgency of need.

AirAsia has been to the aid of people and nations in the region at times of need. The airline provided assistance during the political situation in Egypt (2011); the 9.0 magnitude earthquake, tsunami and the ensuing nuclear disaster that affected North Japan (2011); typhoon ‘Nesat’ in the Philippines (2011); earthquake in West Sumatra, Indonesia (2009); earthquake in Sichuan, China (2008) and cyclone Nargis in Myanmar (2008).

AirAsia was also in the forefront of relief efforts in the wake of the tsunami that struck the region in 2004 and supported the recovery of Bali, Indonesia, after the terrorist bombings in 2005 by giving away 12,000 free seats on its flights. 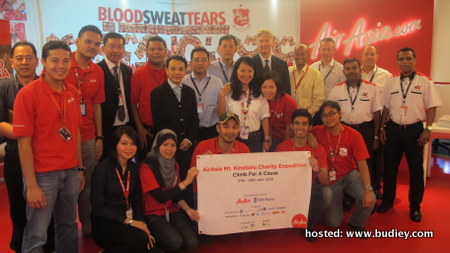