If yesterday’s opening race was calm, collected and composed, the finale and race 2 of the Toyota Vios Challenge brought out the fiercest competitive spirit in all the racers competing in the Promotional, Sporting and Super Sporting classes. There was no holding back as racers jostled for track position and championship points ahead of what would be a four-month break in the series before the season resumes in February next year. 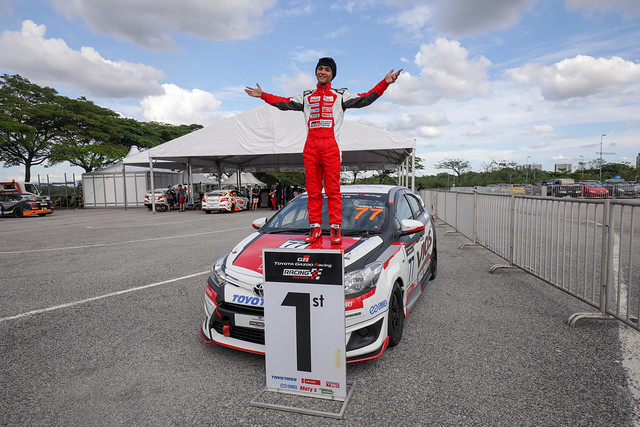 The fight for a podium finish was so intense in Round 2 of the TOYOTA GAZOO RACING Festival and the action around the 1.99km street circuit at the Malaysia Agro Exposition Park Serdang (MAEPS) in Selangor had race fans practically on the edge of their seats.

You can always count on the professionals to put up a spectacular show and that was precisely what they gave race fans when race 2 had to be stopped just two corners immediately after the start of the race when Kegani Racing’s William Ho overturned after coming into contact with Telagamas Toyota’s Freddie Ng.

Ho waved at fans as he walked away unhurt from the incident but the race was delayed by 30 minutes as officials worked to remove the wreckage that was blocking the track and to rectify the damaged barrier.

During the restart of the race, Ng who started from second on the grid made a brilliant start to get ahead of pole position man Kenny Lee, with Brendan Paul Anthony in hot pursuit in third place. Lee however, piled on the pressure trying to find a way through and eventually forced Ng into making a costly mistake two laps later when hit the concrete barrier, coincidentally at the very exact corner (turn 2) responsible for the run-in between him and Ho.

The second incident brought out the safety car for three laps with Lee promoted into the lead, Brendan in second position, race 1’s winner Boy Wong in third position, Ser Meng Hui in fourth and Keifli Othman rounding up the top five positions.

“Ng had a better getaway during the restart but we actually rubbed each other side to side gently, but it was clean and he went past me in the first corner and I had to back off…he was defending hard and made a mistake collided into the wall and from then on, all over my rearview mirror was Brendan,” said the Kegani Racing driver.

The racers in the Sporting Class were not to be outdone and put on an equally nail-biting race. At the start of the race, Team Nanoplus driver Patrick Tam shot ahead of the field from pole position to lead the race from Distinctive Model’s Clement Yeo, Prodigy Racing’s 14-year-old Hayden Haikal, ST Wangan Racing Team’s Eric Yong, Kulim Top Wheels driver Dato Ken Foo and celebrity Mohd Shukri Yahaya in sixth position. Foo, race 1’s third place winner however, was handed a 10 second penalty for a false start offence and was eventually classified eighth despite finishing the race fourth.

As Tam increased his pace at the head of the pack, Yeo had his hands full trying to fend off Hayden for six laps until the teenager made an attempt to pass him for second place resulting in contact. Yeo was prepared for the eventuality of contact and had taken the appropriate counter measure but Hayden had the most to lose as he not only conceded track position to race 1’s winner Kenneth Koh but was later served a 10-second time penalty. Koh’s third place was however, short lived when he was called into the pit to repair a damaged rear bumper resulting from the earlier contact with Hayden.

An incident involving Adzeem Eqwan Adnan in the 6th lap, brought out the safety car for five laps and when the race was back underway, Tam led from Yeo, with Yong in third place, Dannies Ng of Revo Technik Malaysia in fourth, Brendon Lim in fifth and Mohd Shukri crossing the finish line in sixth position.

“It was a good race and I would like to thank my entire team for a great result,” said Tam.

For Yeo meanwhile, the result was an excellent way to end the weekend.

“My earlier game plan was to get ahead into the first corner but Tam was even quicker. There was no point pushing too hard and it was best to pace myself to bring the car home safely to the end of the race,” he said. 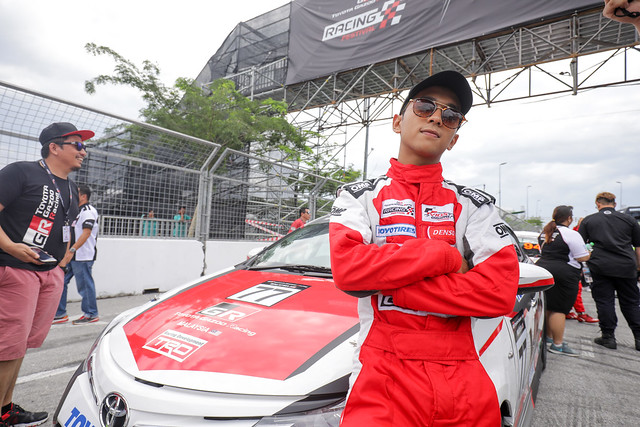 Racing in the Promotional class also brought out the best in the celebrities who put on a thrilling race for the fans, with singer Aiman Tino clinching his first race victory and second consecutive podium finish over the weekend following yesterday’s third place finish.

Although the 20-year-old was placed third position on the grid, he again repeated his remarkable start to lead the race into the first corner, with fellow singer Akim Ahmad in close pursuit and UMW Toyota Motor Sdn Bhd Deputy Chairman Akio Takeyama in third. In chase and fourth place was race 1’s winner television host and presenter Nabil Ahmad and actress Diana Danielle in fifth.

“Like yesterday, my focus has always been on trying to get a good start,” said Aiman. “I felt a lot of pressure with Akim, Takeyama and Nabil chasing me down but I was able to keep my cool and gradually extend my lead in the race.”

The top five positions remained unchanged for three laps until Takeyama was handed a 10-second penalty for a starting offence, and later involved in an incident when Nabil’s overtaking move sent him into the concrete barrier, bringing out the safety car. Nabil crossed the finish line in third place but was subsequently served a 20-second penalty classifying him sixth. That promoted Diana into third place for her second podium finish. 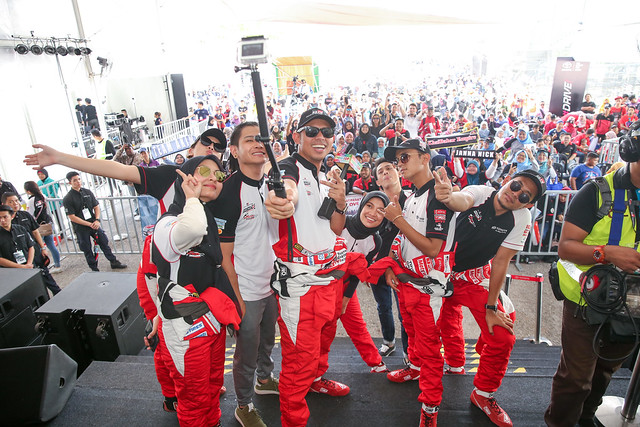 “The result in race 2 was really unexpected because honestly, I wasn’t 100 per cent focused in race 2 and I even struggled to make a good start. I really wanted to relax and take it easy, but I almost panicked after seeing the incident between Nabil and Takeyama happen in front of me…I was lucky I managed to avoid hitting Takeyama’s car,” said Diana.

“I finished fourth in the race but I got to know that I’ve been classified as third. I really don’t know what’s going on right now and I am still in shock with the results.”

For Nabil, the incident with Takeyama was extremely difficult to digest, so much so he slowed down at turn 2 on the very next lap with the intent on apologizing, forgetting that there was still a race going on behind him.

“I would just like to say very sorry to Takeyama as I may have pushed myself a little too hard in the haste of trying to get past him,” said a clearly distraught Nabil.

The two-day Toyota Gazoo Racing Festival concluded with an array of activities for fans and spectators that included the preview and public test drive of the all-new Toyota Rush, a 1.5-litre compact sports utility vehicle (SUV), test drives of existing model line-up, promotions and celebrity performances.

Other activities included a fun run around the 1.99km street circuit, a concert by the TOYOTA GAZOO RACING celebrities, a Superfans Signing Session, a pit walkabout, the appearance by the world famous Baby Shark mascot, display and sales of merchandise booths, stage games, the gathering of car clubs, a Gran Turismo simulator racing challenge anchored by Shawn Lee, and a drift performance by professional Japanese drifters from Toyo Tyres.

Also organized was a Mural competition that was won by a group of college artists who called themselves Yaulacap, beating eight other participants to take home a prize of RM3,000.

Visitors to the TOYOTA GAZOO RACING Festival were also in the running for attractive prizes in a lucky draw that gave away a Macbook Air, an iPad mini, petrol and shopping vouchers.

After Kuala Terengganu in August and this weekend’s Round 2 at MAEPS, the festival will travel to the Batu Kawan Stadium in Penang in February 2019 for Round 3. 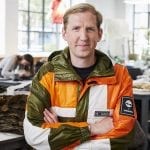