AIFFA, a film festival that brings ten nations together though the language of films provides the opportunity for Southeast Asian countries to see each other’s stories, and more importantly, just how similar these countries are.

The 4TH edition of this biennial film festival will be held from 25-27th April 2019 in Kuching, Sarawak in Malaysia.

AIFFA has become a platform to bring together film ideas and the business community as there is a huge potential market with ASEAN’s 600 million population.

AIFFA is still a young festival, being held only for the fourth time this year, but the enthusiasm of ASEAN film makers to attend and promote their business through attending the film workshops and networking with international industry players is excellent.

Festival director, Livan Tajang said that besides organising the best ASEAN festival, more importantly, was the awareness of the intrinsic value AIFFA carries for ASEAN, which is the tremendous branding opportunity to promote films through the presence of international celebrities, who draw attention to the festival via social media and seen by millions of their followers.

The film festival has now become popular among filmmakers and over a hundred films throughout ASEAN have been received for competition for the AIFFA awards.

Thursday 25th April will see the arrival of 400 delegates and international media to Kuching and “Movies Under the Stars”, the welcome party will be held at the Kuching Waterfront Extension, she informed.

Besides the announcement of nominated films, there will be some performances and a premier film opening. This event is open to the public.

“The Old Courthouse will be a hive of activity for the three days as film screenings, a sales gallery and exhibition, film talks and AIFFA BIZ WORLD will be held here,”

The public is also invited to attend and to watch ASEAN nominated films, and also to meet the casts and crew, which is beneficial for multimedia or film students and those interested in acting, she said.

“The big event is the evening of 27th April which is the Gala Night. This is always a big attraction, as the best of the best ASEAN films are awarded. This event is held at the Pullman Hotel,”

Livan also announced the creation of AIFFA Apps for this year for ASEAN film buffs and locals who wanted to keep up with the events, films entered, and movie screening ties.

“Our theme this year is AIFFA convergence @ digital Sarawak. We have an application, the AIFFA apps, which can be downloaded on your smartphone. It is important for us to do our part to fulfil the aspirations of the State government to promote digital Sarawak and this is our contribution,”

She then announced the AIFFA 2019 Jury which is made up of four ASEAN and one international member. Head jury is popular film director U Wei Shaari who has held this post since 2013.

The other four members are:

International Juror, Alain Jalladeau. Festival Director – TheFestival of the Three Continents (French: Festival des 3 Continents), an annual film festival held since 1979 in Nantes, France, and is devoted to the cinemas of Asia, and Africa and Latin America.

Mattie Do is a Lao film director. She is the first female director of a Lao feature film. Her directorial debut Chanthaly is the first horror film written and directed entirely in Laos, as well as the first to be screened at major film festivals outside of Southeast Asia like the 2013 Fantastic Fest.

Daniel Rudi Haryanto an Indonesia Director. He graduated from Film and Television at Jakarta Institute of Arts. His video documentary Prison and Paradise was the winner of Director Guild of Japan Award at Yamagata Documentary Film Festival in 2011. 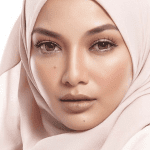