[dropcap]I[/dropcap]n conjunction with the release of the action-adventure summer blockbuster After Earth, Sony Pictures Releasing Malaysia will be hosting ‘A Battle of Survival’ outdoor laser tag challenge on June 1st at Awana Genting Highlands.

The outdoor event will provide participants the thrilling experience of battling with other teams to be the ultimate survival. Contestants will stand a chance to win a trip for 2 to Gold Coast, Australia, Sony Electronics products, Sony Xperia™ mobile phones and After Earth movie tickets.

Registration is now open and there are only 200 seats available. Interested participants can find out more about the event and also register at Sony Pictures Releasing Malaysia’s Facebok page

After Earth tells a story of a legendary General Cypher Raige (Will Smith) and his son, Kitai (Jaden Smith) who aspires to be a soldier like his father. When an asteroid storm damages their space craft, they crash-landed on a now unfamiliar and dangerous planet Earth. After Earth will be releasing in cinemas nationwide on June 6.

About After Earth
One thousand years after cataclysmic events forced humanity’s escape from Earth, Nova Prime has become mankind’s new home. Legendary General Cypher Raige (Will Smith) returns from an extended tour of duty to his estranged family, ready to be a father to his 13-year-old son, Kitai (Jaden Smith). When an asteroid storm damages Cypher and Kitai’s craft, they crash-land on a now unfamiliar and dangerous Earth. As his father lies dying in the cockpit, Kitai must trek across the hostile terrain to recover their rescue beacon. His whole life, Kitai has wanted nothing more than to be a soldier like his father. Today, he gets his chance. The film is directed by M. Night Shyamalan and produced by Caleeb Pinkett, Will Smith, James Lassiter and M. Night Shyamalan. The screenplay is by Gary Whitta and M. Night Shyamalan with a story by Will Smith. 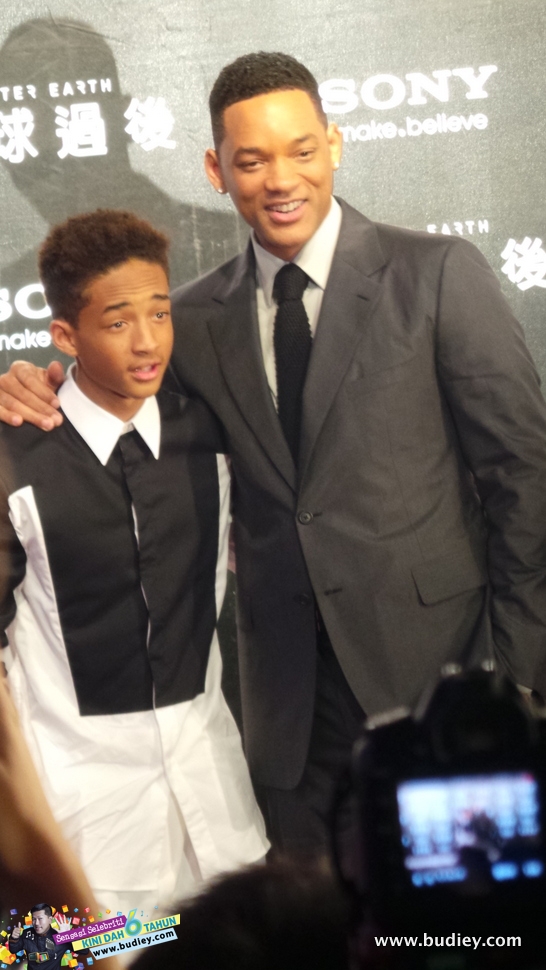