Malaysia is known to be the land of great food, scenic mountains, gorgeous beaches, and creative comebacks like “Mak kau hijau” as well as “Si bodoh, kau dengar sini”. But today, we’re not here to discuss these amazing things that Malaysia offers, but instead, we’re here to appreciate the men in our country that have made our days better with their presence on the big screen. Here are 3 Malaysian men we can’t get enough of (but lucky for us, we can catch them anytime on Netflix)!

We’ve got to start off with a bang, don’t we? This Malaysian-British actor, model, and TV host first graced our small screens on various programmes that were aired on national TV. Years later, just when we thought we had gotten over the Golding fever, he made a comeback with Crazy Rich Asians, based on Kevin Kwan’s novel of the same title. Although he’s now happily married to TV host and fitness instructor Liv Lo, Henry Golding will always be like a mug of iced Milo to us- our beverage of choice for all time.

15 years ago, Remy Ishak was introduced to the film industry by an independent director, Osman Ali. Since then, Malaysians were hooked. Not only did he captivate us with his acting skills in Pulang and Sangkar, but Remy Ishak is also known to be kind and grateful to his fans. However, MCO proved to be a bit too much for the actor when he openly sought help for depression as he was living alone in isolation for months. But like the true champ he is, he bounced right back up! Send some love to Remy Ishak and if you didn’t already know, we heard he’s still on the market…

This man can do it all- he’s an actor, comedian, singer, rapper, and producer. Born in 1982, he started his career at only 13 and has never looked back since then. Always down-to-earth and relatable, this actor is living a life of bliss with his better half, Syatilla Melvin, and he’s not afraid to tell the world that they’ve just celebrated their fifth wedding anniversary last week! Now, where can we find a man like this? While we continue searching and know that he’s off the market for good, we can still swoon over him as we watch him bless our screens in movies such as S.A.M., Polis Evo, and Polis Evo 2.

Did you really think we were going to end this without actually trying to claim Ross Butler as one of our favourite Malaysian men on the big screen? Yes, we know he was born in Singapore but his mom is Malaysian, so technically, he’s partly Malaysian, and we will leave it at that, #doneclaim. This man is not all looks, he’s got the brain to match, too. Before embarking on an acting career, he took up Chemical and Biomolecular Engineering at the Ohio State University, before realising that it wasn’t his passion and dropped out a year later. He began acting at the age of 21 and dare we say, it was his best decision ever. His latest film, To All The Boys: Always and Forever, will be launched on Netflix on 12th February, so you know what to do. 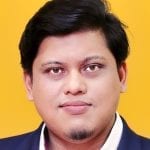 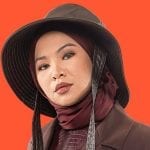