HBO ASIA BRINGS WESTWORLD CLOSER TO FANS IN ASIA WITH A VARIETY OF ONLINE, ON-GROUND AND VIRTUAL REALITY ACTIVITIES

Watch the Second Season Same Time as The U.S. On April 23 Exclusively on HBO and HBO On Demand (Via Astro GO)

The reckoning is here in Asia this month as HBO Asia (#HBOAsia) indulges WESTWORLD (#Westworld) fans with a series of online, on-ground and virtual reality activities in the region. Fans in Asia can brace themselves for the highly-anticipated ten-episode second season (#HBOAsiaWWS2) by playing the Maze Game on the WESTWORLD Microsite, enjoyan immersive WESTWORLD event and visit Sweetwater through a Virtual Reality experience. Select fans across seven countries in Asia will also be treated to the exclusive preview screenings of the first episode of WESTWORLD Season 2.

Watch the second season of WESTWORLD same time as the U.S. on Monday, April 23 at 9am exclusively on HBO (Astro Ch 411 / 431 HD) at 9am, with a same day primetime encore at 10pm. New episodes premiere every Monday at the same time. The series is also available on HBO On Demand (via Astro GO).

Maze Game on the WESTWORLD Microsite

Fans can explore more of WESTWORLD at the WESTWORLD microsite (http://hboasia.com/HBO/shows/westworld). Within the site, fans can have a chance to beat the children’s ball-in-a-maze game in the virtual world. The symbolism of the maze resonates throughout the series with the different character’s storylines and the maze symbol is also frequently spotted in the park.

From now to 25 June, participants of the maze game will need to direct the ball to the centre of the maze. There will be 12 levels to clear, each with increasing difficulty. There will be a leader board and participants with the 10 top highest scores will stand to win exclusive WESTWORLD merchandise and attractive prizes. Terms and conditions apply.

* only for adults aged 21 years and above

The entire Virtual Reality experience begins with an introduction by a white-suited host – just like any visitor would encounter as a guest starting their visit to WESTWORLD at the Delos office, the corporation behind WESTWORLD. Visitors would then be instructed to don the Virtual Reality goggles and headphones, entering an immersive and interactive experience!

Once in the Virtual Reality realm, guests are invited to select either a black or white hat, try on suitable outfits and pick their weapon of choice (in reality, a joystick with a trigger), before embarking on different virtual activities within WESTWORLD such as practicing at a shooting range or getting involved in a shootout with Sheriff Pickett.

This immersive WESTWORLD experience event also features a range of WESTWORLD-themed activities such as a Mechanical Bull, a Ring Toss Game, a video booth, and more!

Details of the event in the respective countries as follows:

WESTWORLD Virtual Reality Experience: Open to all visitors from Monday to Thursday, and exclusively to pre-registered Astro subscribers from Friday to Sunday. For more information, visit www.astro.com.my/astrocircle.

HBO Asia will be organising exclusive preview screening events in various territories in Asia to allow a select group of fans and HBO subscribers to catch the first episode of WESTWORLD Season 2 before its global premiere on April 23. These screening events will be held between 19 to 21 April in Hong Kong, Indonesia, Malaysia, Philippines, Singapore, Taiwan and Thailand. All screening events are strictly by-invitation only.

All details in the above release are accurate as at press time. 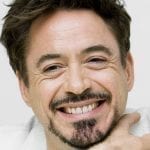