Sunsilk’s latest campaign, Life Can’t Wait, unleashes confidence in Malaysia through actress and award-winning talk-show host, Wardina Safiyyah. Wardina was selected as the face of the hair care giant’s outreach blitz in the country as she embodies the very essence of living life with passion, confidence and bold spontaneity. 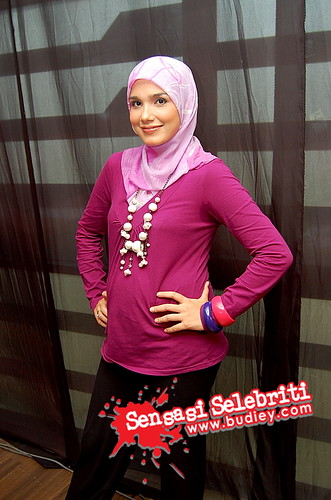 Sunsilk’s vision behind this innovative global campaign is to instill amongst twenty-something year old girls that life zooms pass them if not grabbed. To manifest this message, Sunsilk strategically positions local icons where relevant.

The transformational power of hair in young women everywhere is a real phenomenon. It’s astounding to see how hair can inspire so much confidence and success in life. While Wardina is the icon for Malaysia, Sunsilk’s global campaign involves some of the world’s most successful women such as actress Marilyn Monroe, superstar Madonna and singer Kris Dayanti.

Just like the global icons, Wardina at the age of 29 is already a force to be reckoned with in the local entertainment scene. With several television shows under her belt as well as endorsement deals, Wardina was Malaysia’s very own Sweetheart. She continues to inspire thousands of young women in the country and remains the best-known local celebrity to don the tudung while garnering massive popularity.

An iconic face in the Malaysian entertainment industry already, Wardina proves that fashioning the tudung is not an impediment to achieving her dreams in life. She is thus, the perfect choice to lead the Life Can’t Wait campaign in Malaysia.

Wardina is the only Sunsilk Life Can’t Wait icon in the world, not revealing her hair to the public and yet still attaining massive appeal. She has made a positive impact with thousands of Malay girls in the country, in more ways than one.

Hair, at the root of the matter, is power – and it can be used as a tool to instill confidence and courage in young women all over the world. This is especially so for Malaysians, the realization that nothing in life is impossible if you dare to dream.

Wardina embodies this new vibrant confidence and continues to achieve success even after donning the headscarf. She has even inspired a new way of wearing it, aptly named “Tudung Wardina” that garnered a cult-like following all across Malaysia. If imitation is the sincerest form of flattery, then Wardina has just received her biggest compliment.

The idea behind the campaign in Malaysia and across the globe is to draw the link between hair and confidence among the ladies – hair can immediately alter a girl’s personality and confidence levels. 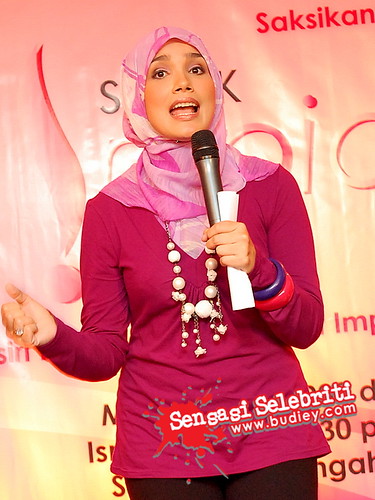 Wardina is truly an inspiration for young teens and women who want to lead active lives without having to bow to the general stereotype of a passive, traditional, headscarf-wearing woman. She has taken her dreams into her own hands and confidently demonstrated that life doesn’t wait for anyone. An interesting revelation from Sunsilk Global Hair Survey indicates that a whopping 97 percent of tudung-wearing Malay girls magically feel transformed when their hair feels gorgeous – the same way their local icon Wardina would feel too. This, despite the fact that they don the headscarf.

Feeling inadequate during bad hair-days is a real phenomenon. The good news is that it is easily solvable. According to Wardina, she too feels depressed when having a bad hair day. Nothing goes according to plan, “This really is the brightest lesson that hair can reveal to you – that life’s possibilities are virtually endless and hair really plays such an important role in a girl’s life” Wardina concludes. 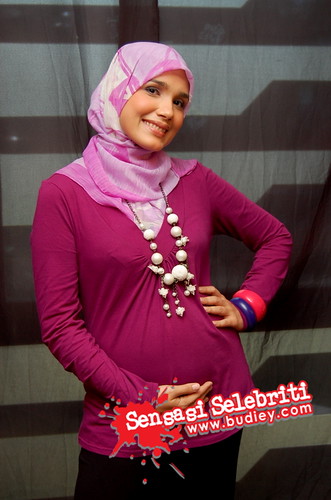 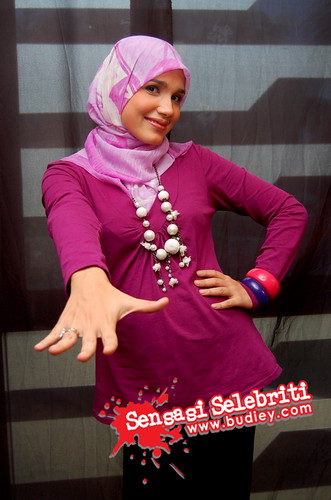