Road To Ultra, one of the biggest dance music festival brands in the world, makes its debut at Sands Expo and Convention Center on 19 September, headlined by Grammy Award-winning music producer and DJ Skrillex, Swedish powerhouse DJ Alesso and Dutch wunderkind Nicky Romero. The trio will be supported by American house DJs Mija and     real name is Ansel Elgort, is also known for his acting chops, having starred in blockbusters S$168 and S$198 from www.marinabaysands.com/ticketing. Guests can also book in person at Ansolo. Ansolo, whose such as The Fault In Our Stars. Tickets for Road to Ultra Singapore 2015 are available at Marina Bay Sands Box Offices or by phone at +65 6688 8826. For more information please log
 onto www.MarinaBaySands.com or www.ultrasingapore.com 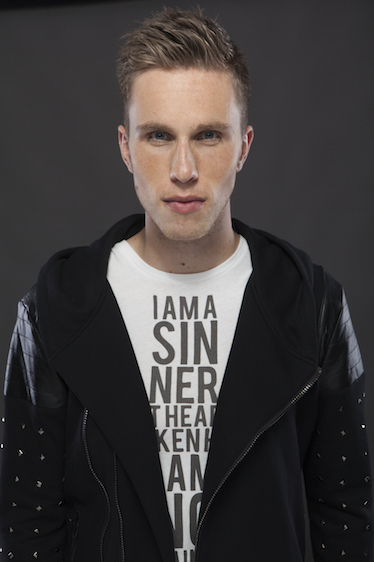 American hip-hop and RnB sensation Mya and Tay James, the official tour DJ of Justin Bieber, will be among the crowd-pullers at club lounge Pangaea from 19 to 21 September. Pangaea, located at one of the Crystal Pavilions, is set for a take-over by Toy RoOm, an internationally- renowned hip-hop club famous for its intimate parties. It will be the first time Toy RoOm is holding a pop-up event in Asia. Originally launched in London in 2014, Toy RoOm boasts an A- list celebrity clientele that includes the likes of pop stars Jessie J and Nicole Sherzinger, and has expanded its international footprint to Dubai and Mykonos. General admission tickets at S$218 are available from www.toyroomsingapore.com

During the Grand Prix season, award-winning restaurants at The Shoppes and Marina Bay Sands’ celebrity chef outlets will also be serving up F1 special menus and cocktails. From 14 to 20 September, David Myers’ Adrift1 will be offering 1-for-1 on beers and wines between 4pm to 8pm. The bar has also created a special F1 Race Mania cocktail (S$23++ per glass), featuring AOC Martinique Rhum agricole, Poli Airone Rosse Aperitivo, Laphroaig 10-year-old whisky and a house-infused tea syrup from TWG Tea’s Fade of Africa. From 18 to 20 September, guests can enjoy a race weekend set dinner (S$65++ per person) featuring Poached Prawns with Green Curry Dip and Pineapple Tamarind Barbeque Pork Ribs.

1 For reservations at Adrift, call +65 6688 5657 or email [email protected]
        
 Racing enthusiasts can delight in some late-night delicacies at The Bar at Waku Ghin2 on 18 and 19 September, with the newly-created tuna rice bowl (S$60++) and beef rice bowl (S$70++), consisting of marinated Tonbo tuna or beef on preserved lemon rice with fresh wasabi from Shizuoka in Japan. The Bar at Waku Ghin has also concocted a special F1 drink, the Pole Position cocktail, using G’vine Gin, Midori melon liquor, Amaretto liquor, pine juice, and coconut syrup – the perfect tipple to complete the night.

Catch the trackside action from a bird’s eye view at Sky on 573, located on Sands SkyPark Tower 1 against the scenic backdrop of the beautiful city skyline and race circuit. From 14 – 27 September, Chef Justin Quek from Sky on 57 will be presenting the F1 Gastronomic Menu featuring an exquisite six-course dinner at S$198++ and a F1 Prestige five-course lunch menu for S$118++ per person. On race day, guests can enjoy the beautiful outdoors at the newly refurbished outdoor lounge, Flight4, with live screening of the F1 race over a selection of canapés and a bottle of Magnum-sized Champagne from R&L Legras Justin Quek Selection, for a group of five guests at S$1,188++.

Long Chim5 by David Thompson has prepared a SG Grand Prix 2015 set menu (S$149++ per person) featuring an assembly of its most popular specialties in sharing plates, including the Chiang Mai chicken relish with cabbage, chili and mint, and the Sour Orange Curry of Snakehead fish with water mimosa.

At CÉ LA VI6, guests can indulge in the restaurant’s Night Race Tasting Menu while taking in live screenings of the race and the view of the Marina Bay street circuit. Created by Executive Chef Frederic Faucheux, the premium menu features starters such as the Irish Salmon cured and soft shell crab maki. Other highlights include the Caramelized Pork Belly drizzled with edamame puree and teriyaki, and the Wagyu Beef with purple artichoke and prawn spring rolls. This menu is available from 16 to 23 September at CÉ LA VI Restaurant (S$208++ per person on weekdays, S$268++ during F1 weekend).

Over at The Shoppes at Marina Bay Sands, Indian fine-dining restaurant Punjab Grill7 will be serving a sumptuous F1 lunch and dinner menu (S$55++ per person) on 18 – 20 September featuring aromatic Lamb Seekh Kebab, which has been marinated in hand-pounded spices and chargrilled in tandoori-style, as well as the signature Patialial Shai Fish Curry.