Ever wonder what happens when the relentless Kim Jong Kook, the humorous Haha, the tactical Song Ji Hyo, and scheming Jee Seok Jin get together in a live show? We are sure that there will be turmoil and lots of hilarious moments that will surely bring laughter.

As the Race Start Season 2 in Malaysia this November with the four of them, vote or share your funniest scene that you wish to see at the live concert. Here are golden moments in the series that we think are unforgettable.

1) HAHA TAKES WEATHER REPORTING TO THE NEXT LEVEL 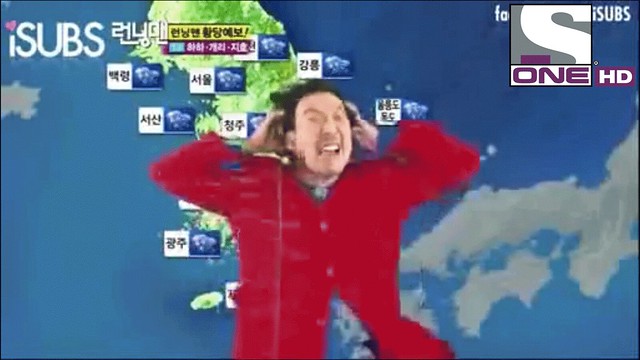 Episode 20
Game: Extreme Weather Forecasting
Guest: Kim Hee Chul
In this scene, Haha was getting annoyed, angry and crazy at the same time in enduring the heavy wind, snow & water blown to his face while he tries to finish his weather forecasting on screen within five minutes. In the same time, he was trying to win against two competitive opponents, Song Ji Hyo and Gary. 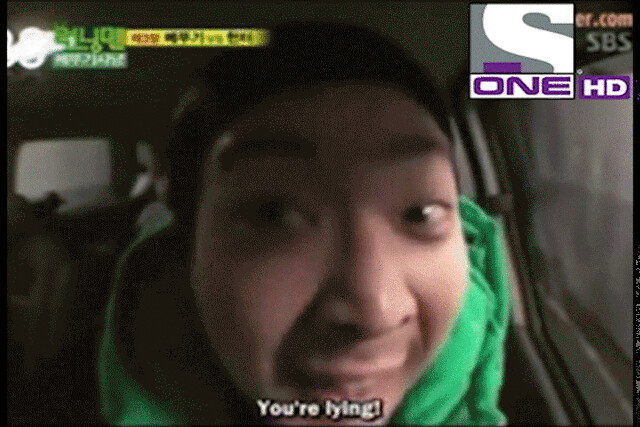 Episode 69
Game: Grasshopper/ Jae Suk Hunting (Nametag tearing race)
Guest: Choi Min Soo
In this scene, Haha and Kwang Soo exaggerated their expressions when they see Choi Min Soo in the drama game they were in. Choi Min Soo, the Running Man Hunter came back to take revenge on Yoo Jae Suk who betrayed him once in episode 53.

3) THE SPLIT OF THE CENTURY 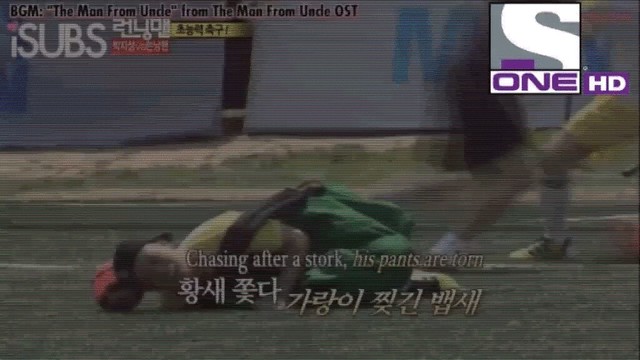 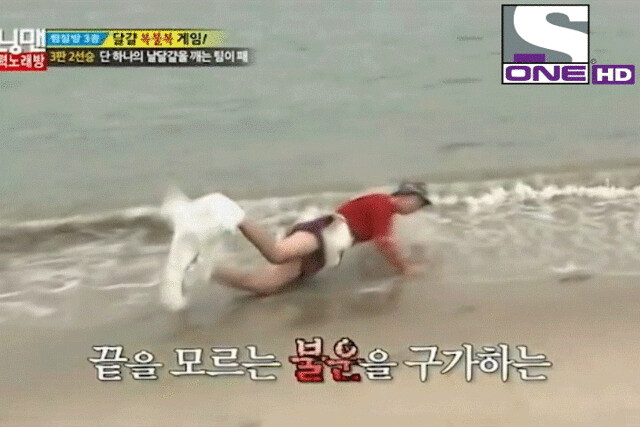 Episode 126
Game: Battle of the Stars
Guest: Choi Ji Woo
This is one of Kwang Soo’s funniest gag in Running Man. He ran with his pants down during a race with Choi Ji Woo. His pants were torn in his fight with Jong Kook from the earlier race causing him to be in this funny scene. 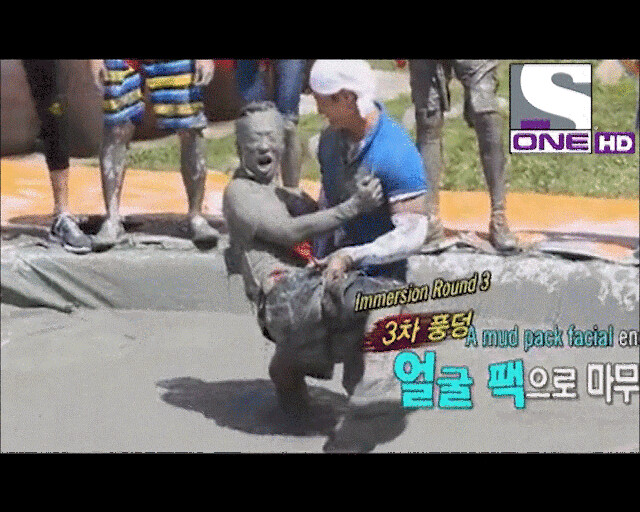 Episode 209
Game: Solve the Triangle Mystery
Guests: Chun Myung Hoon, Danny Ahn, Eun Ji Won, Moon Hee Joon, (Old Idol) Kai, Se Hun, So You, Tae Min (New Idol)
There are many humiliating scenes in this episode but nothing beats Sparta Kook versus Yoomes Bond’s mud wrestling. Due to Sparta Kook’s tremendous strength, Yoomes Bond is certain to lose but Sparta Kook decides to torment him further. Sparta Kook forces him to bathe in mud; swinging him around and humiliating him in front of the camera while he verbally taunts Sparta Kook.

Now that you have seen the five funny scenes on screen, catch it live this 1st November, with four of the hilarious Running Man casts, Jee Seok Jin, Kim Jong Kook, Haha and Song Ji Hyo. Expect each and every single one of them to entertain and surprise you with their personal antics in challenging games prepared on stage.

About ONE
ONE is the first Asian general entertainment channel from Sony Pictures Television Networks, Asia, the broadcaster of Asia’s leading cable channels AXN, Animax, Sony Entertainment Television and beTV. ONE showcases the latest South Korean drama and entertainment programs on an exclusive and first-run basis. These include selected drama, variety and music shows that premiere within three to five weeks of their debut broadcasts in Korea. Viewers can catch the biggest stars and hottest names in Korean entertainment, from young and trendy idol dramas to popular soap operas, along with the current variety buzz and the top K-pop hits. In addition, ONE has also regularly brought South Korean artistes on promotional tours to meet with fans. Successful events have included drama stars like Zo In Sung (That Winter, The Wind Blows), Lee Hyun Woo (To the Beautiful You), Lee Dong Wook (Scent of a Woman), Kim Sun A (Scent of a Woman), Jang Hyuk (Midas), and K-pop boy group BTOB; as well as the resoundingly successful Running Man fan meet in Singapore. ONE HD is the high definition feed of ONE which is available in Australia, Brunei, Cambodia, Indonesia, Malaysia and Singapore. See www.onetvasia.com for more.