“I always win with Hotlink!” said enthusiastic Hotlink customer, Bandiuzman Bin Bahok, at the recent Shout! Awards, Malaysia’s newest and most exciting television show and much anticipated event of the year. Bandiuzman was thrilled to have been selected as one of the 12 lucky Hotlink winners who were given the Hotlink Red Carpet treatment after having won in a Hotlink SMS contest leading up to the Shout! Awards. 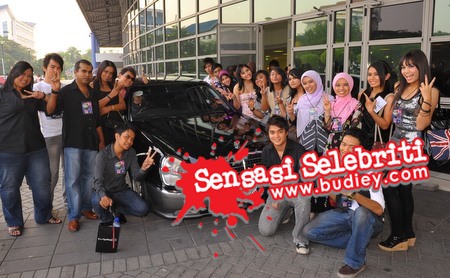 Hotlink winners with the limousine which ferried them to their grand red carpet entrance at the Shout! Awards

The 12 Hotlink winners and their partners were treated to a complete makeover; an exclusive limousine ride to the awards; a walk down the red carpet with popular stars such as Jien, Marion Caunter, Paul Moss and Syafinaz; an exclusive interview with 8TV announcers which was televised live and during the awards show; pre-concert refreshments with the stars; and premium seats at the Shout! Awards. 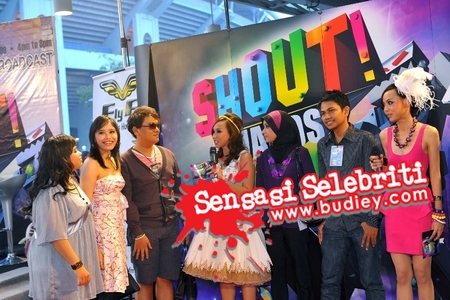 Hotlink winners being interviewed by 8TV announcers at the Shout! Awards

In total, over 13, 000 excited fans turned up at Stadium Putra Bukit Jalil, Kuala Lumpur for the inaugural Shout! Awards, organised by 8TV. The Shout! Awards, an alternative awards show held for the first time on free television, recognised talents across the nation from music, television, radio and film. It was conceptualised to acknowledge and give support to the local entertainment scene.

Hotlink was the main event sponsor. Matthew Willsher, Chief Marketing Officer of Maxis Communications Berhad said, “Hotlink is pleased to be part of this exciting and distinctive awards event that recognises the best in Malaysian entertainment in music, television, radio and film. 8TV’s Shout! Awards and Hotlink are a natural fit when it comes to celebrating, supporting and promoting the best that Malaysia has to offer. The special offers lined up for Hotlink customers were a success.”

In addition to the 12 lucky winners and their partners, 1700 Hotlink customers obtained tickets to the Shout! Awards by simply redeeming 100 Hotlink Rewards points online at www.hotlink.com.my; or by downloading one of 17 special caller ringtone bundles comprising three songs of Shout! Awards nominees.

Hotlink customer, Siti Nur Baiti Bt Mohamad Silah, who was at the Shout! Awards, said, “I am very excited today to be here at the first Shout! Awards. This was the first time I participated in a Hotlink contest, and I won! I’ve been a loyal customer of Hotlink for nine years, and I find it really easy to contact my friends and family on Hotlink’s service. Tonight, I am looking forward to seeing my favourite band, Bunkface, perform live. I love their music!” 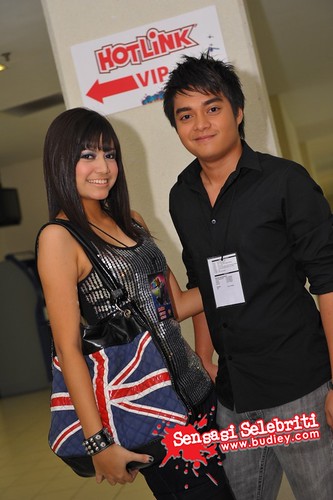 Another happy Hotlink customer, Lola Bt Zain, said, “I feel like a rock star tonight after my makeover with Hotlink! I heard about the Shout! Awards on television and voted non-stop for my favourite artists. I didn’t think that I would also have the chance to be here tonight and walk the red carpet. My favourite band is Bunkface, and when I was having my makeover from Hotlink, the lead singer was in the make up room with me. How cool was that?” 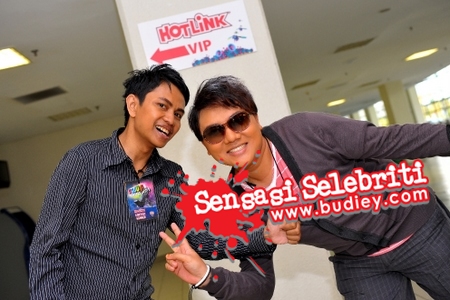 Bandiuzman (L) and his friend Mohd Fadzli were Hotlink VIP guests at the Shout! Awards

Bandiuzman Bin Bahok added, “This isn’t my first win with Hotlink. I’ve also won a Hotlink trip to Redang for my three friends and I, and we’ll be leaving on our holiday this coming 8 to 10 August. Thank you Hotlink, for always making me a winner!”

Willsher added, “It is great for Hotlink to be part of the inaugural Shout! Awards and to support young Malaysian talents who are future leaders in their industry. In addition, we are delighted to reward the loyalty of our customers through the latest and most popular LIVE and mobile entertainment experiences. Today’s happy customers are positive indication that they thoroughly enjoyed tonight’s event. In addition, fans of Shout! Awards can bring the experience home with them on their mobile phones through the many caller ringtone bundles that are available from Hotlink.”