“We are extremely encouraged with Tune Hotels’ debut in Thailand. Our pre-opening promotional rooms for Tune Hotel Hat Yai were snapped up almost instantly while its advance online booking is showing a very healthy trend. The response from local and foreign tourists has been overwhelming and this sets a very positive tone for our future openings in Thailand and the region. We would like to thank all our guests who have been-supportive of our efforts in helping restore confidence and bring back tourists to the ‘Land of Smiles’,” he adds.

Located at Niphat Uthit 2 Road right in the heart of Hat Yai, the hotel has 148 rooms comprising 93 double rooms, 54 twin-sharing rooms and a wheelchair-friendly room. Apart from Hat Yai, Tune Hotels’ rollout plan in Thailand for 2012 would include Pattaya, followed by Asoke in Bangkok, and Patong in Phuket later in the year.

With the latest opening of Hat Yai, Tune Hotels now operates 14 hotels globally – ten in Malaysia; two in Bali, Indonesia; and one each in London, England and Thailand. Adding to the list soon will be Tune Hotels’ second London hotel that is set to open at Liverpool Street on 4 Jan 2012, followed by Pattaya, Thailand (17 Feb 2012) and three locations in the Philippines – Angeles City (10 Feb 2012), Cebu City (24 Feb 2012) and Ermita, Manila (9 March 2012). Rooms at these hotels are now available for booking at www.tunehotels.com.

Meanwhile, as a festive gift and in celebration of its 3 Millionth Guest, Tune Hotels is treating customers who book for a minimum of two nights at its hotels in Malaysia and Bali, Indonesia to a whopping 30% discount on published room rates, excluding add-ons. The promotion is offered exclusively online at www.tunehotels.com. Guests have until Friday to enjoy the 30% discount for stay period from 1 January 2012 up to 31 March 2012, except Fridays and Saturdays. The promotion is not applicable to Tune Hotels at KLIA-LCCT Airport; in the UK, Thailand and the Philippines.

Tune Hotels has set a new record for itself by registering three million guests over a period of four years since the opening of its first hotel in downtown Kuala Lumpur in 2007. From the one millionth guest mark it achieved in March 2010 to two millionth by mid-2011, Tune Hotels’ guest arrivals have been exponential as the network aggressively expands across Southeast Asia and the UK.

Mark said: “We are very proud of the three-millionth guest achievement and we would like to thank all our loyal and new guests who have embraced the accommodation concept and model pioneered by Tune Hotels, making it a global phenomenon.”

Calling on guests to stay connected with Tune Hotels via the social media networks Facebook and Twitter, Mark pointed out that about 30 new Tune Hotels will be opening globally in the next 12 months. “More Tune Hotels are scheduled for opening in Asean, the UK, India and Australia, that will give our guests even more options for travel destinations. With these new hotels, our number of guests will grow even faster and we expect to reach the five millionth mark by mid-2012. We encourage guests to stay tuned for Tune Hotels’ latest openings and promotions via Facebook and Twitter.”

Tune Hotels has successfully pioneered a branded value hotel brand with the concept of pay-as-you-use that has become hugely popular amongst travelers from across the world. Under the concept, guests only pay for room rates with the option of adding on other amenities like towels & toiletries, air-conditioning, in-room wifi and satellite TV service at selected hotels.

Adding further convenience and comfort for its guests, Tune Hotels has recently extended the check-out time at its Asian hotels to 11 a.m. from 10 a.m. previously. Deposits for towel rental and room keycard have also been removed while hairdryers are now provided in all rooms free of charge.

On top of that, guests can enjoy even more savings of up to 20% with the pre-booked Comfort Package that includes towels, toiletries and air conditioning credits online. Selected hotels are offering the Plus Package that bundles television and in-room WiFi, representing 30% savings for online booking.

Apart from enjoying great value, great savings at Tune Hotels, guests can also enhance their benefits and privileges by becoming a member of the BIG loyalty programme, of which Tune Hotels is a partner. BIG is a global loyalty programme that has just been launched, allowing card members to accumulate points when travelling and shopping with BIG partners worldwide, and redeem the accumulated points for exciting rewards including flight seats on the world’s best low cost carrier, AirAsia. More information on BIG is available at www.tune2big.com.

For real-time updates and promotion alerts, guests can stay connected with Tune Hotels via Facebook at www.facebook.com/tunehotels and on Twitter via www.twitter.com/tunehotels. 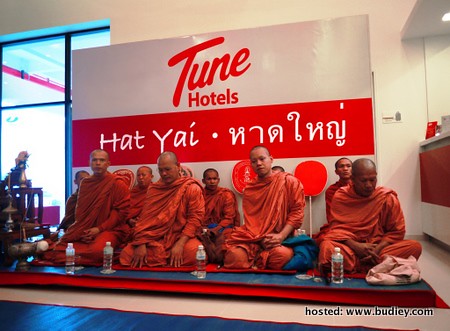 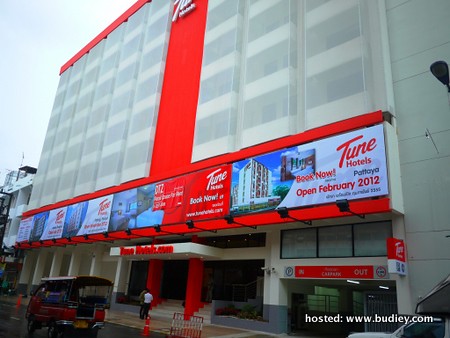