TRANSFORMERS: DARK OF THE MOON BECOMES MALAYSIA’S NUMBER ONE MOVIE OF ALL-TIME

PETALING JAYA, July 14, 2011 – In just over 2 weeks since its release in cinemas on 29 June, the highly anticipated blockbuster TRANSFORMERS: DARK OF THE MOON has broken the franchise’s own record to be the biggest movie of all time in Malaysia.

This 3rd installment of the hugely popular TRANSFORMERS movie franchise has already achieved the Top 3 positions of the highest ever single day ticket sales chart.

Mr. Nicholas Yong, Managing Director of the film’s local distributing arm, United International Pictures (Singapore & Malaysia) says, “We are ecstatic with how Malaysians from all walks of life has responded to the movie. The repeat viewings for this 3D spectacle have been tremendous so far. This is probably the one movie that must be viewed in 3D to do it justice”.

With the movie still running strong in cinemas nationwide in 3D and regular 35mm format, the Michael Bay-directed mega blockbuster looks set to continue its dominance in the weeks to come. 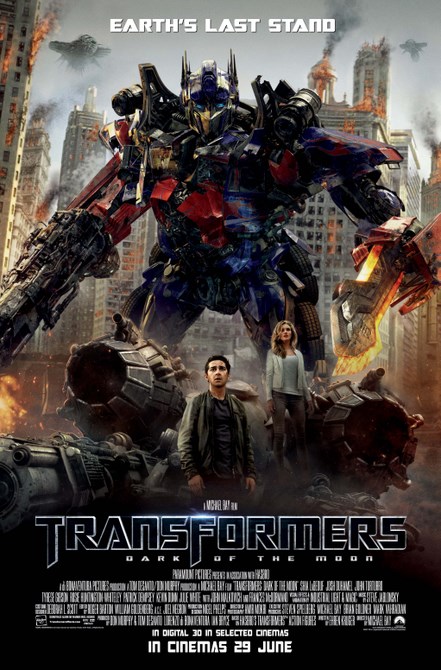 About United International Pictures
United International Pictures (UIP) is one of the world’s leading film distribution companies. Jointly owned by Paramount and Universal, we bring many of the most exciting films made today to a global audience. Since 1981, we have distributed more than 1,000 movies, including more than 100 Academy Award winners, and enjoyed huge box office success with films as diverse as the franchises of Shrek, Transformers and Kung Fu Panda.