Technology Park Malaysia, Bukit Jalil, 24 March 2018 – On a hot and sunny day in TPM, the on-track action during the Vios Challenge qualifying was equally sizzling, throwing up numerous surprises on the twisty street circuit.

The action had to be delayed in the morning as circuit officials effected emergency repairs to a portion of the circuit that was affected by the recent rains that caused part of the tarmac to dislodge during the practice sessions. With driver safety as a priority, the organisers scheduled all the races on Sunday with just the qualifying sessions run today. 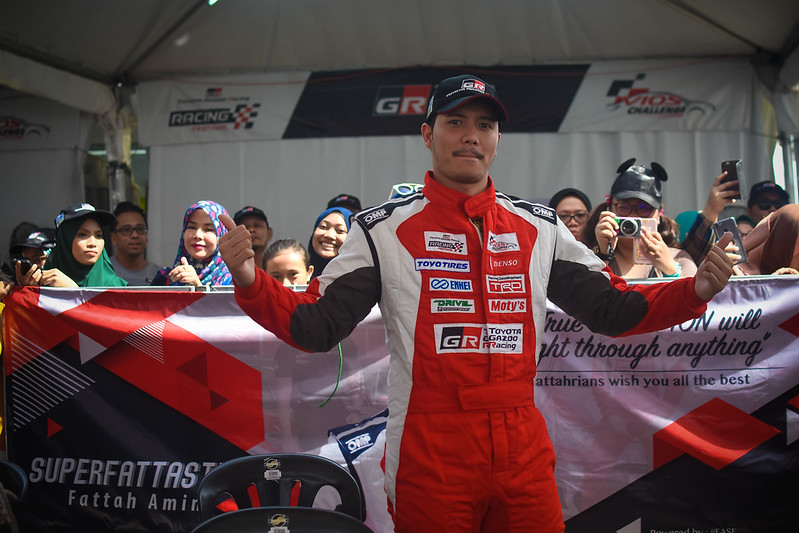 However, the crowds that were waiting patiently were not to be disappointed with the action in all three classes of the Vios Challenge as there was endless jostling for position throughout the 40-minute sessions.

The first to take to the circuit was the Sporting Class where Patrick Tam of Team Nano Plus made sensational progress at the beginning of the session with a 1:18.355 around the 1.7km circuit, granting him provisional pole position early in the session.

But Tam’s commendable result didn’t last long as as he was quickly topped by seasoned go karter Brendan Paul Anthony who snatched pole with an unexpected 1:17.922, making him the first driver today to breach the 1:18 mark.

Close behind was nemesis Brendon Lim, who had been lingering in third place early in the qualifying. But it was almost at the end of the session that Lim successfully beat his best effort to clock a blistering 1:18.107 for 2nd Place moving Patrick Tam down to 3rd on the grid tomorrow.

This reverses the points standings between the namesakes and it will be a very close race to call when they take to the circuit on Sunday. 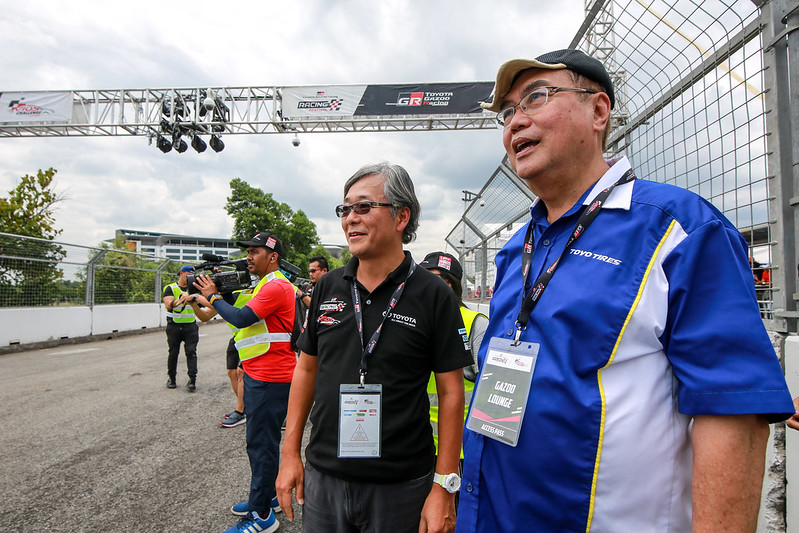 Moving on to the Promotional Class, of Toyota Gazoo Racing Malaysia represented by the top celebrities in class, it was without a doubt that the multi talented Shawn Lee would dominate qualifying judging from his stellar performance throughout the Vios Challenge season.

Shawn successfully clocked top lap times since the beginning of the qualifying session today and was seen hovering around the 1:18 mark, which was well over a second advantage over the rest of the pack. 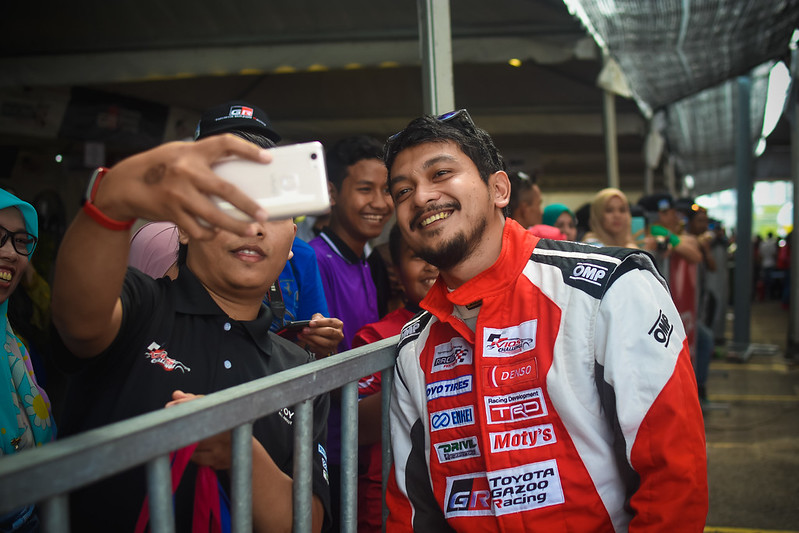 Meanwhile, Shukri Yahya, who is seen to be the closest rival to Shawn Lee wasn’t about to go easy on the celebrity beatboxer.

Unbeknownst to Shawn, Shukri Yahya was gradually inching up lap after lap. Making progress especially after the second half of the session with a clear track in front of him, Shukri Yahya finally managed to take Shawn Lee with 15 minutes left on the clock to snatch pole position with a lap time of 1:18.549.

Relatively safe in 3rd place throughout the second half of qualifying, Danny Khoo kept at a steady pace and remained unbeaten with his lap time of 1:20.115 despite constant efforts from Fattah Amin and Diana Danielle fighting close behind to take Danny’s place.

Now this is the class to be reckoned with, being accounted for by some of Malaysia’s top drivers such as Tengku Djan, Mark Darwin, Boy Wong and William Ho to name a few. The expected battle by the youngest Vios Challenge racer Mitchell Cheah fizzled out event before the weekend when he was sidelined with appendicitis.

With an equal total qualifying window of 40 mins and a fraternity of seasoned race car drivers, it was expected that the final grid positions would only settle toward the end of the session.

Tengku Djan surprised all with his easy 1:17.316 to clinch provisional Pole on his virgin hot lap at the very beginning of the session, But the crowds were puzzled as to why he’d immediately entered the pits on his subsequent lap as his best laps has yet to come.

It was made known later that Tengku Djan had missed a shift which had catastrophically destroyed the valvetrain of his engine, putting him in the spectators’ seat for the rest of the session.

But the huge surprise came when William Ho made excellent progress and clocked a never before seen 1:16.155, which was almost a 1 second gap from 2nd place Boy Wong.

With only five minutes to go before the end of the session, it was almost certain that the positions would hold till the end with Ser Ming Hui in 3rd and Mark Darwin in 4th.

But the big surprise came when Kenny Lee who had been sitting out in the pits waiting for traffic to simmer down, made his move in the dying minutes and blew the crowds away with a 1:16.351 to secure 2nd place. Despite being 2nd to William Ho, it was still an epic performance by Kenny Lee who has yet to enjoy such great result up until today.

It was a thrilling day of surprises with another exciting day promised on Sunday when all the races will be run in two sessions. Members of the public can catch all the excitement in Technology Park Malaysia or via a livestreaming session at all Toyota showrooms nationwide. 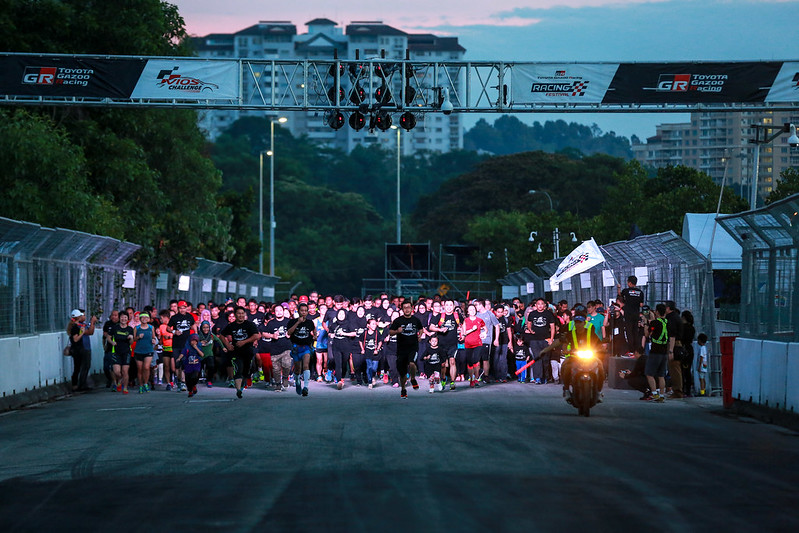 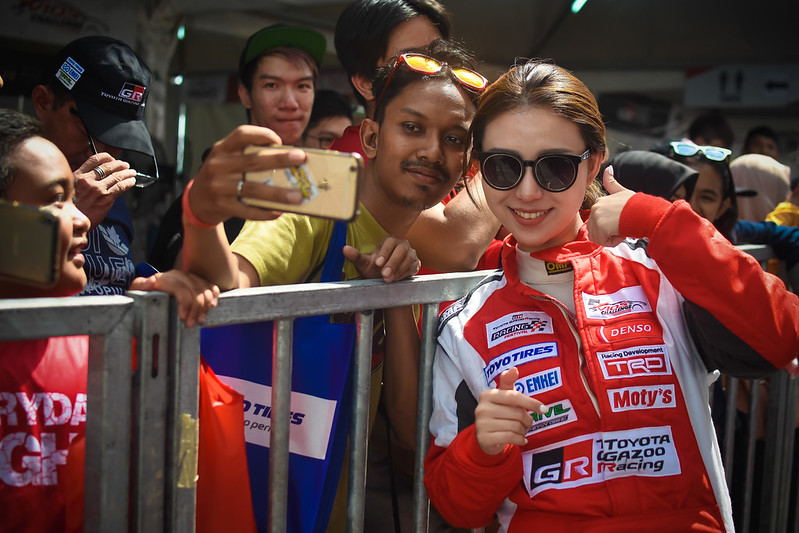 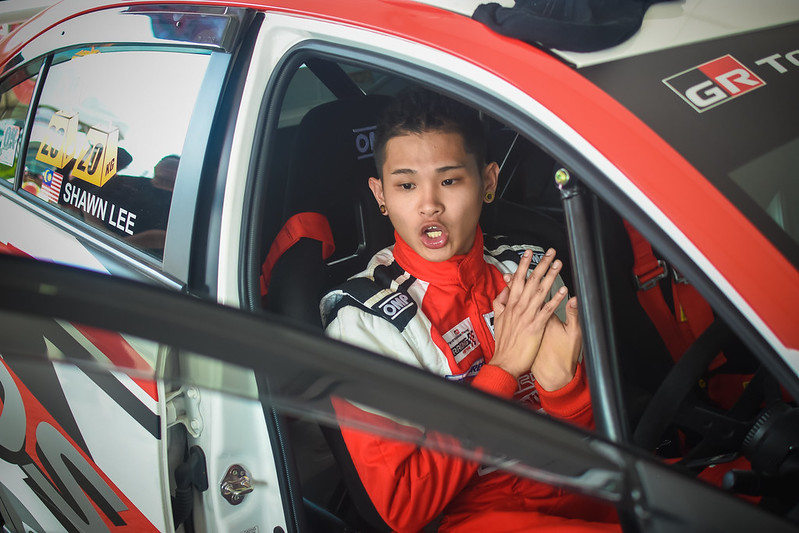 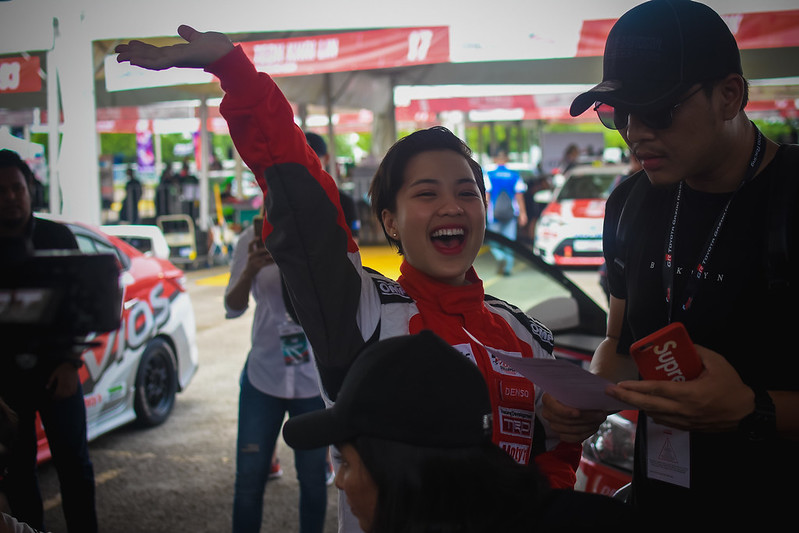 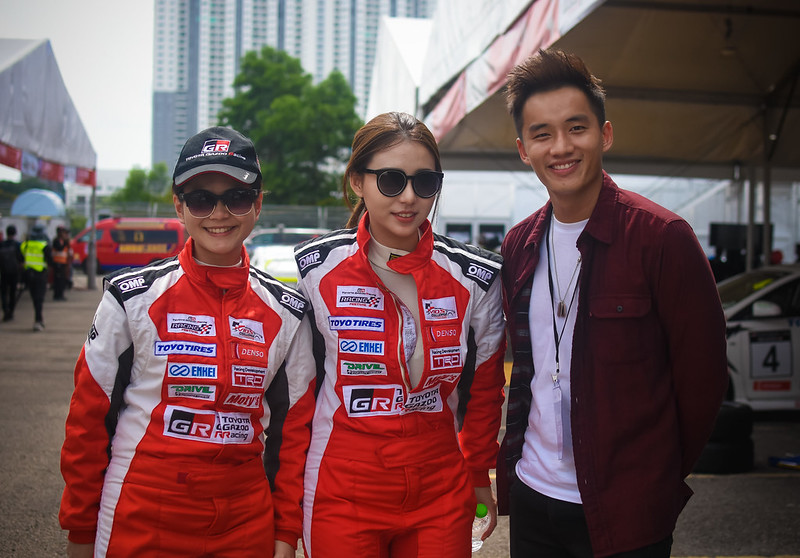 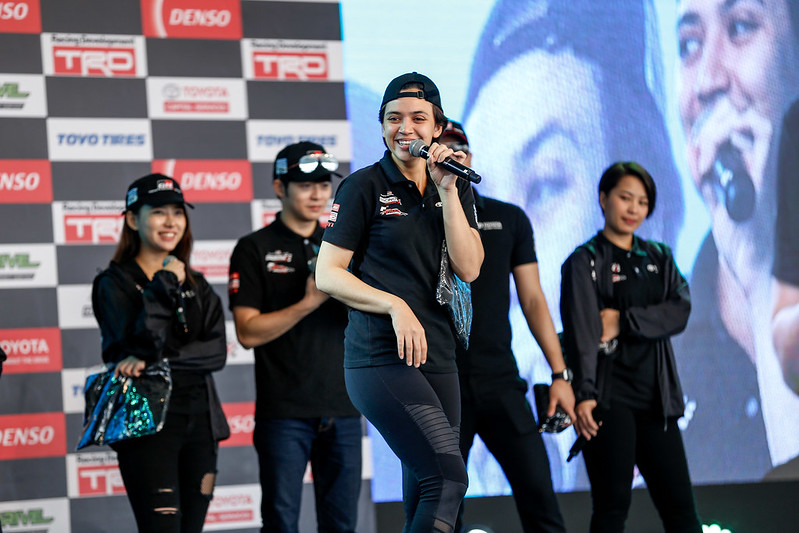 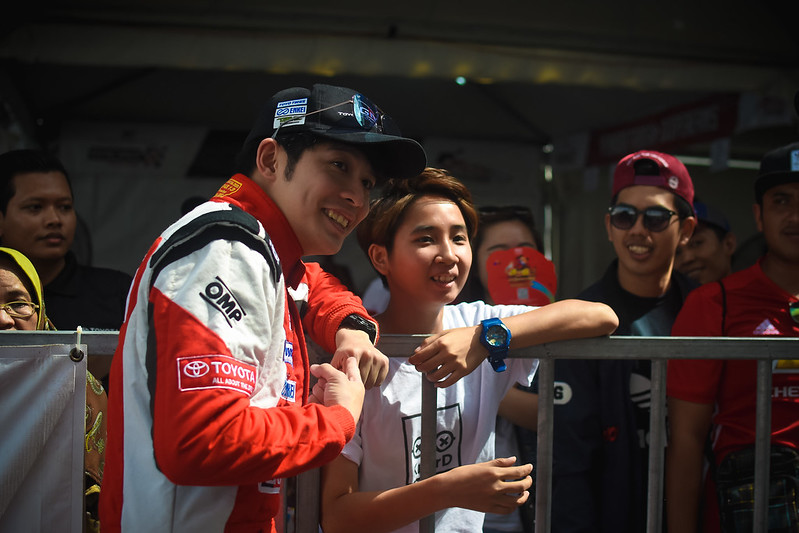 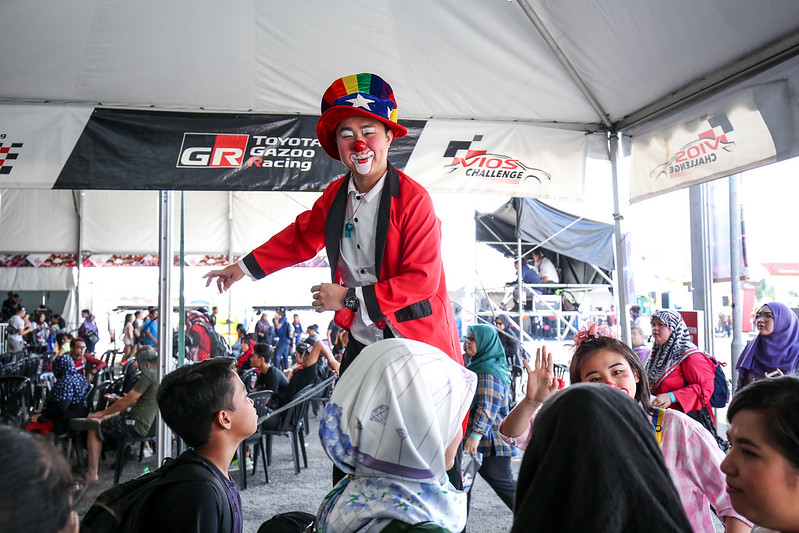 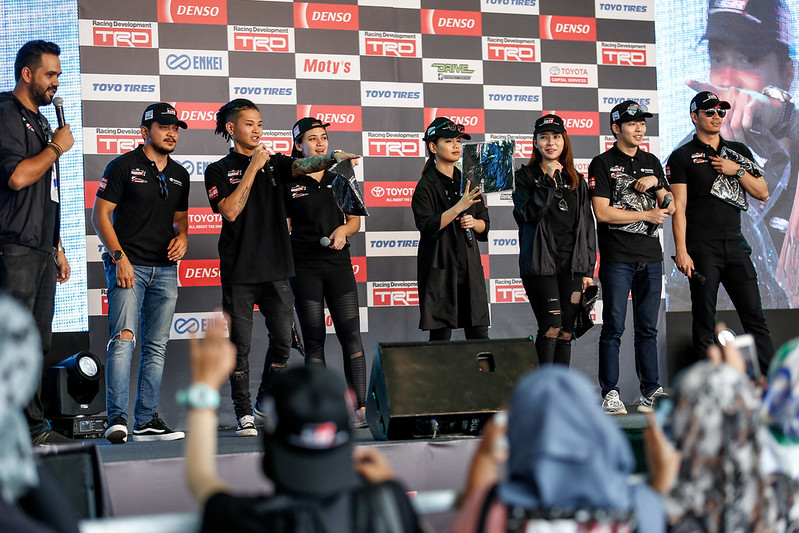 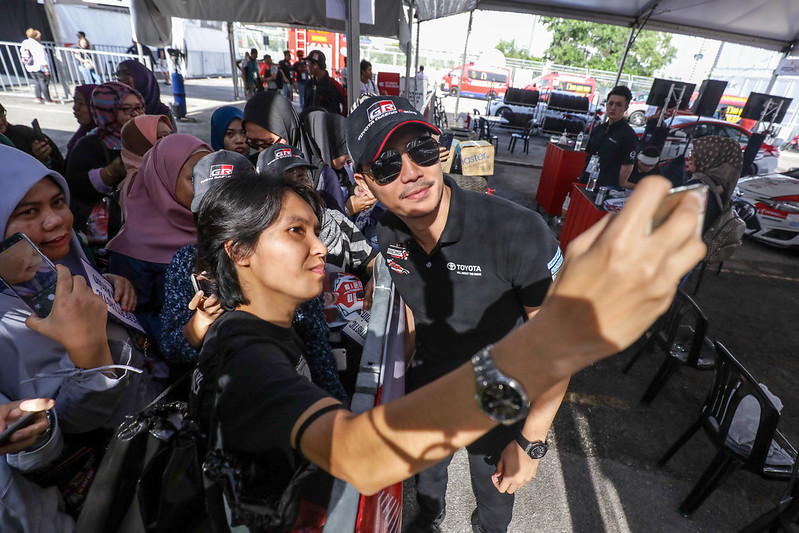 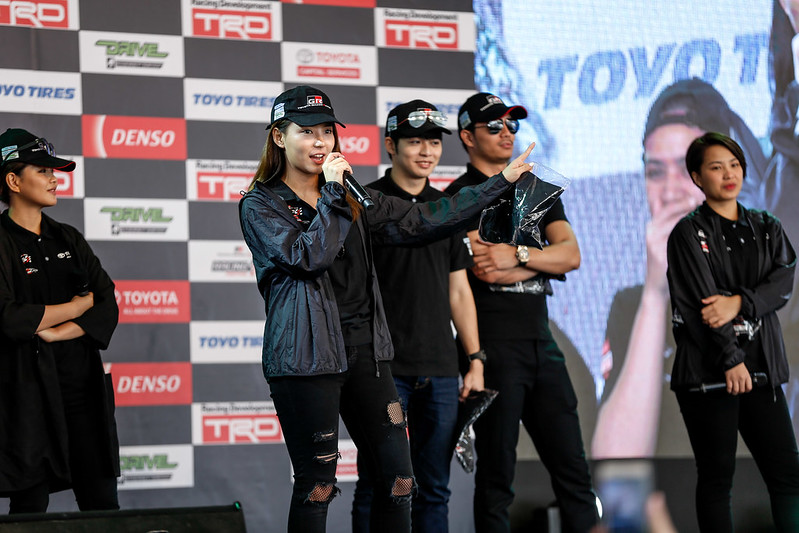 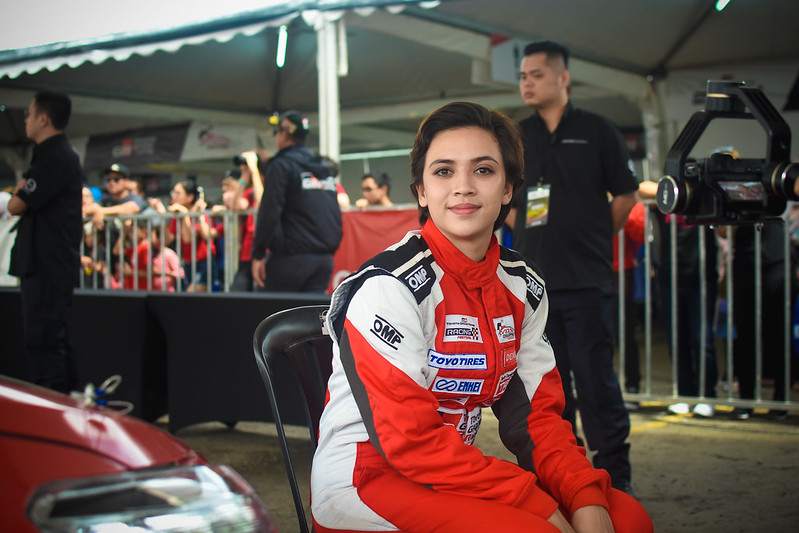 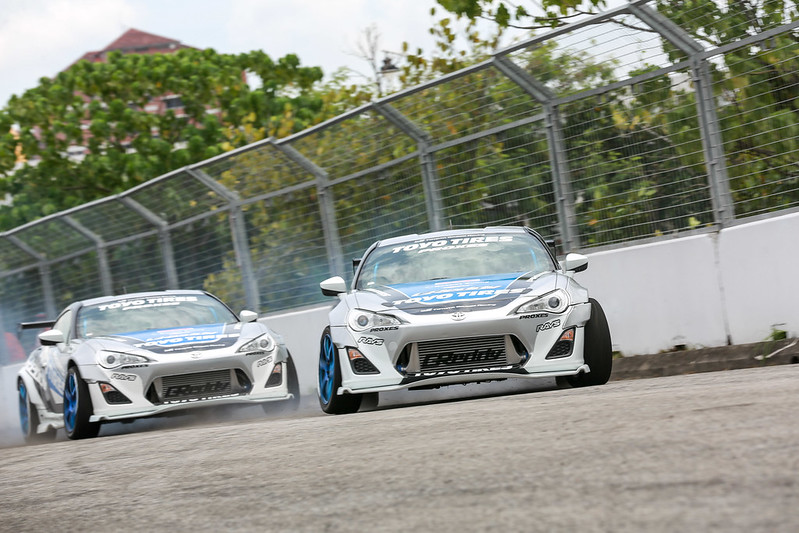 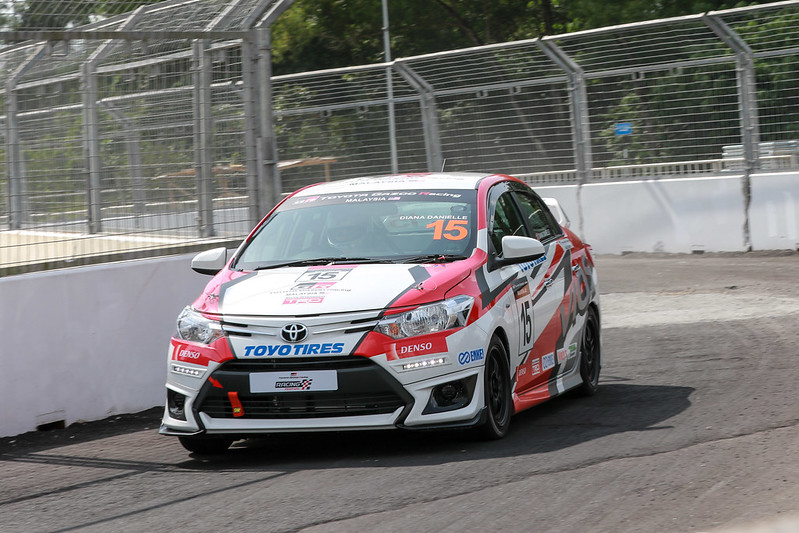 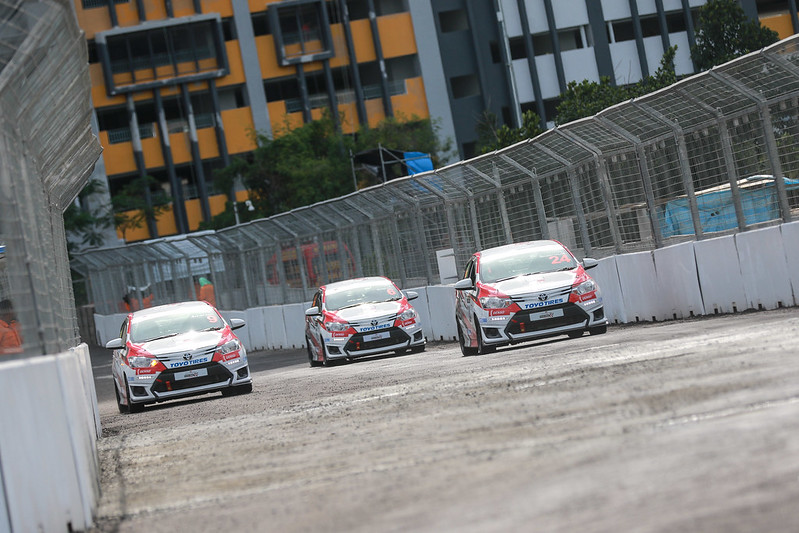