Tony is ranked at No. 6 ahead of Arianna Huffington, president and editor-in-chief of The Huffington Post Media Group (No.9) and Twitter co-founder Jack Dorsey (No. 10). Leading the ’10 Most Creative People on Twitter’ list is American Idol Host and radio personality, Ryan Seacrest. Also on the list is Late Night Talk Show Host, Conan O’ Brien, who is ranked at No. 3.

Tony says, “I feel very honoured to be in the top ten list, especially being the only Malaysian and South East Asian to be given such recognition. This reflects the creative, innovative and imaginative traits of the people I work and engage with at AirAsia, Tune Group and Team Lotus in exploiting technology to be in the forefront of competition.”

Known for his personal credo “Dream the Impossible, Believe the Unbelievable and Never Take No for an Answer”, Tony believes in providing opportunities throughout his businesses for talent to flourish, for meritocracy to reign and for people to realise their dreams.

Having democratised air travel by freeing it from the clutches of the elite, the AirAsia boss is determined to break down the affordability barrier in other aspects of daily life – hence Tune Hotels, Tune Money and Tune Talk, the radical Team Lotus approach to F1 – and the Epsom College campus in Malaysia. 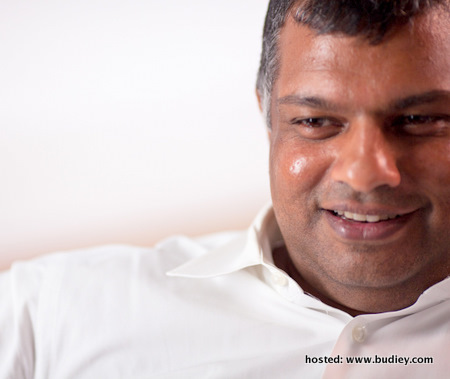