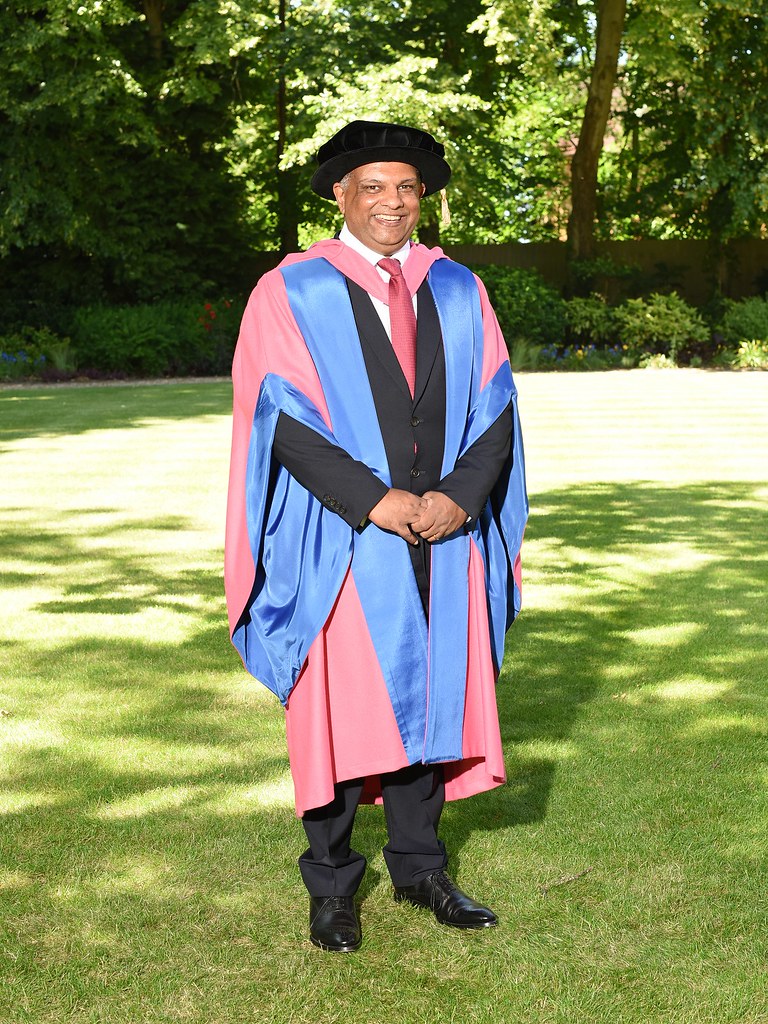 Fernandes was among the three leaders from the world of business who were honoured by Cranfield University, together with Paul Stein, Chief Technology Officer at Rolls-Royce and former Director General at the Ministry of Defence; and Martin Bromiley, OBE, founder and chair of the Clinical Human Factors Group charity.

Receiving his degree, Fernandes said: “It’s a great privilege to be awarded this honorary degree by Cranfield, an institution so deeply intertwined with British aviation history and which has such a storied past. With its strong focus on practical application, Cranfield has been a leading light in aeronautics and management since its founding more than seven decades ago. The university is also equipped with an Aerospace Integration Research Centre (AIRC) and is the only university in Europe that brings together major aerospace research facilities such as the AIRC, an operational airport and runway on one connected site. I am deeply thankful for this recognition.”

Professor Sir Peter Gregson, Chief Executive and Vice-Chancellor of Cranfield University, said: “I’m delighted that we are able to honour Tony, Paul and Martin today. As leaders in their fields they have achieved great things in aviation, aerospace and human factors, respectively. It is fantastic to welcome them at Cranfield today to join in with our celebrations.”

This is the fifth honorary degree that Fernandes has received over the course of his career.

Tan Sri Tony Fernandes is one of Asia’s most recognisable entrepreneurs and the co-founder of AirAsia, the world’s best low-cost airline. 16 years ago, Fernandes and Datuk Kamarudin bought the ailing AirAsia airline for a token of 1 Malaysian ringgit and started with just 2 planes and 200 Allstars in Malaysia. To date, AirAsia has flown over 500 million guests to over 130 destinations with a fleet of more than 200 planes and 20,000 Allstars of 50 different nationalities.

Cranfield is an exclusively postgraduate university that is a global leader for education and transformational research in technology and management.