AirAsia’s Group Chief Executive Officer, Tony Fernandes has been named ‘Airline Industry Leader of the Year’ for pushing the boundaries of the aviation industry at the 4th annual Aviation 100 Awards which was held in Dublin, Ireland last night.

[dropcap]T[/dropcap]he Aviation 100 Awards is held annually, and is now in its fourth year. The award is the result of a 4-month industry survey of aviation executives globally, including airlines, lessors, finance houses, law firms and manufacturers. The awards carried an average vote of nearly 11,000 industry professionals.

The ‘Airline Industry Leader of the Year’ award is decided by the replies and votes from only the most senior of executives globally at C-level, department head or Managing Director level. It is an award that taps the opinion of aviation thought leadership.

Tony Fernandes commented, “It is a great honor to be named ‘Airline Industry Leader of the Year’ and I am humbled by this prestigious recognition. It has been a great journey for us at AirAsia this past 12 years. We’ve grown from a debt-ridden airline when Kamarudin and I took over more than a decade ago, into a global brand with RM6 billion market cap value today. However, this achievement would not have been possible without the hard work and dedication of our nearly 12,000 AirAsia Allstars who have worked tirelessly to get us to where we are today, and I dedicate this recognition to each and every one of them.”

Other notable names which have been awarded the title in previous years include Willie Walsh, CEO of British Airways; Masaru Onishi, Chairman of Japan Airlines; and Temel Kotil, CEO of Turkish Airlines. 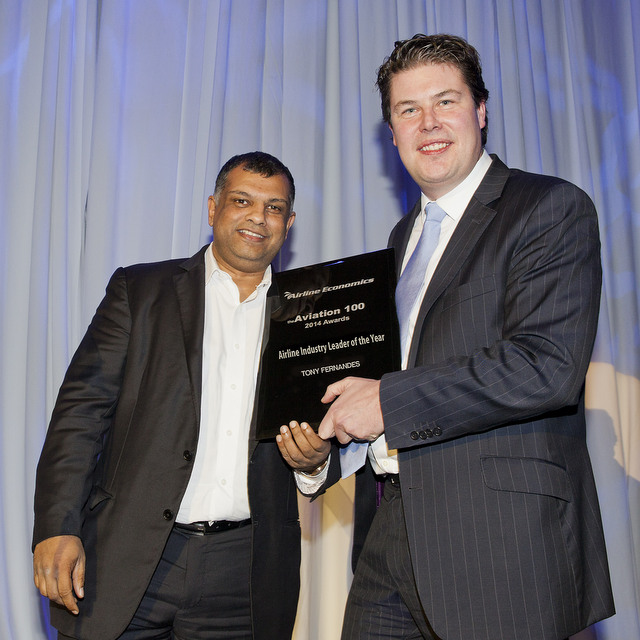