Return to the Site of the Disaster with RMS Titanic, Inc.
as HISTORY™ Sheds New Light

Entire Wreck Site Is Mapped For the First Time;
New Discoveries and Information Answer the Ultimate Question:
Exactly How Did Titanic Break Apart and Go Down?

As the 100th anniversary of Titanic’s sinking approaches, a team of scientists, engineers, archaeologists and imaging experts have joined forces to answer one of the most haunting questions surrounding the legendary disaster: Just how did the “unsinkable” ship break apart and plunge into the icy waters of the North Atlantic on April 15, 1912?

In 2010, HISTORY joined the world’s top underwater experts in this most recent expedition to the wreck site, one that completed the most thorough and exhaustive study of the wreck ever made. The undertaking, which included the leadership participation of RMS Titanic, Inc., the salvor in possession of the wreck site, yielded unprecedented new discoveries and the first comprehensive map of Titanic’s watery grave – the entire fifteen square-mile patch of ocean floor where Titanic came to rest – helping to solve the century-old puzzle of what went wrong and to determine who or what was responsible.

TITANIC: MYSTERY SOLVED tells the exclusive story of this expedition. In addition to the mapping of the entire site, the special will also reveal for the first time the complete picture of the breakup and sinking by use of a virtual hangar. Applying the techniques of a space shuttle or aircraft accident investigation (mapping the site and reassembling the pieces in a hangar), the team of experts will create a virtual holographic reconstruction of the wreck site in a hangar. No other anniversary show has the exclusive story of this unique expedition and its startling revelations.

In the twenty-five years since the wreck was located, no one has ever explored and mapped the entire site – none has had all the keys to understanding what could have truly happened on that fateful night – as nearly half the area remained unseen and unknown, and significant portions of the ship, which could reveal how it broke, were missing.
Now, after 100 years, every inch of the entire site is finally known, and every piece of the ship documented exactly where it landed on the ocean floor a century ago.

In TITANIC: MYSTERY SOLVED, viewers see newly discovered pieces of the ship for the first time, follow the expedition’s new finds, and will come to learn the definitive story of how the ship broke apart. The event special will answer the biggest questions about Titanic: did she have a fatal flaw, and if so, who or what was responsible? By the end of TITANIC: MYSTERY SOLVED viewers will finally know the whole story, finally laying the Titanic to rest.

“The story of the sinking of the Titanic has an enduring fascination for millions of people around the world, and hence it led to one of the most successful movies of all time. But the trouble is that that has defined the history of the event for many people. What we wanted to do was to revisit this tragedy from a scientific point of view and really discover the truth about what must have happened on the night of April 14/15, 1912. So TITANIC: Mystery Solved is the most definitive account to date of how the Titanic sank, and will stand out from all the other programmes being made to commemorate the anniversary,” shared Louis Boswell, General Manager, AETN All Asia Networks.

While other anniversary programs tout best-guess theories and land-based speculation, TITANIC: MYSTERY SOLVED presents new findings based on real-world hard evidence gathered on-site to deconstruct the disaster and show exactly how the ship broke apart. From this analysis, we’ll find out who or what was at fault and who or what has been blamed unfairly.

This will be the definitive story of the tragic sinking of Titanic. 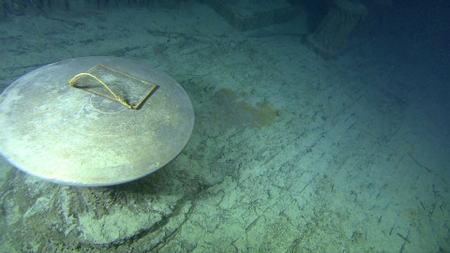 About HISTORY™ and HISTORY HD™
HISTORY™ and HISTORY HD™ are the leading destinations for revealing, award-winning original non-fiction series and event specials that connect history with viewers in an informative, immersive and entertaining manner across multiple platforms. Programming covers a diverse variety of historical genres ranging from military history to contemporary history, technology to natural history, as well as science, archaeology and pop culture. Among the network’s programme offerings are hit series such as American Pickers, The Universe, Hidden Cities, Ice Road Truckers, Pawn Stars and Top Shot, as well as acclaimed specials including America the Story of the US, Life After People, The Maguindanao Massacre, The Malayan Emergency, WWII Lost Films and 102 Minutes That Changed America.

About RMS Titanic, Inc., a wholly owned subsidiary of Premier Exhibitions, Inc.
RMS Titanic, Inc., a wholly owned subsidiary of Premier Exhibitions, Inc. (NASDAQ:PRXI), is the only company permitted by law to recover objects from the wreck of Titanic. The Company was granted Salvor-In-Possession rights to the wreck of Titanic by the United States District Court for the Eastern District of Virginia, Norfolk Division in 1994 and has conducted eight research and recovery expeditions to Titanic recovering approximately 5,000 artifacts. The Company is located in Atlanta, Georgia, and also serves is a leading presenter of museum quality exhibitions throughout the world. As the recognized leader in developing and displaying unique exhibitions for education and entertainment the Company tours multiple experiences including the blockbuster “Titanic: The Artifact Exhibition,” now seen by more than 25 million worldwide. For more information on RMS Titanic, Inc. please visit www.rmstitanic.net . For additional information about Premier Exhibitions, Inc. please visit www.prxi.com.