TGV Cinemas, one of Malaysia’s biggest operators and owners of premier multiplexes, together with Gurney Paragon Mall crowned Anand Raj Markandu out of 600 over hopefuls as the first Ultimate Movie Buff. Anand Raj walked away with the grand prize, worth about RM130K, which comprised of an All-Year Access* pass, a brand new Mitsubishi Attrage SE and the title TGV Gurney Paragon Ultimate Movie Buff. 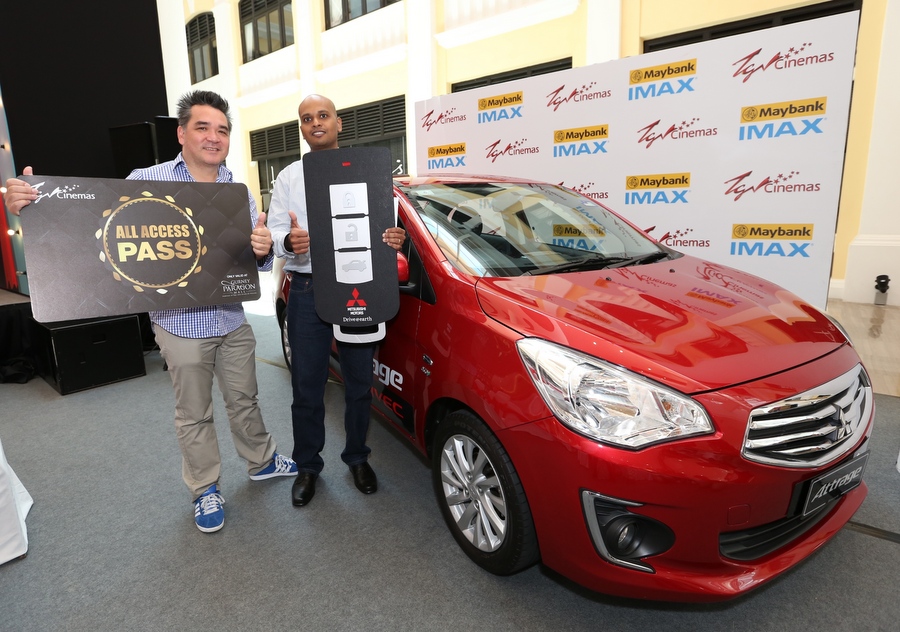 Santhanan Venkatasen and Oon Lee Choo Linda who are the first and second runner-up winners took home a Top Gun* movie pass valid for a year and a screening in the Beanie hall at their convenience respectively.

“The All-Year Access* and Top Gun* pass, which was purposely developed for the winners are exclusive and not for sale to the public. Winners of these cards are entitled to two free tickets daily to enjoy any movie of their choice at TGV Cinemas Gurney Paragon,” said Ms Celeste Koay, Senior Marketing Manager of TGV Cinemas.

The Challenge required the movie buffs to spend a minimum of RM30 in the mall and purchase a movie ticket at TGV Gurney Paragon. They then received an entry form together with a ‘What’s my Prize?’ scratch card for an instant win prize. The top 15 completed entry forms with a creative slogan were then shortlisted to take part in the Ultimate Movie Buff Game Show. 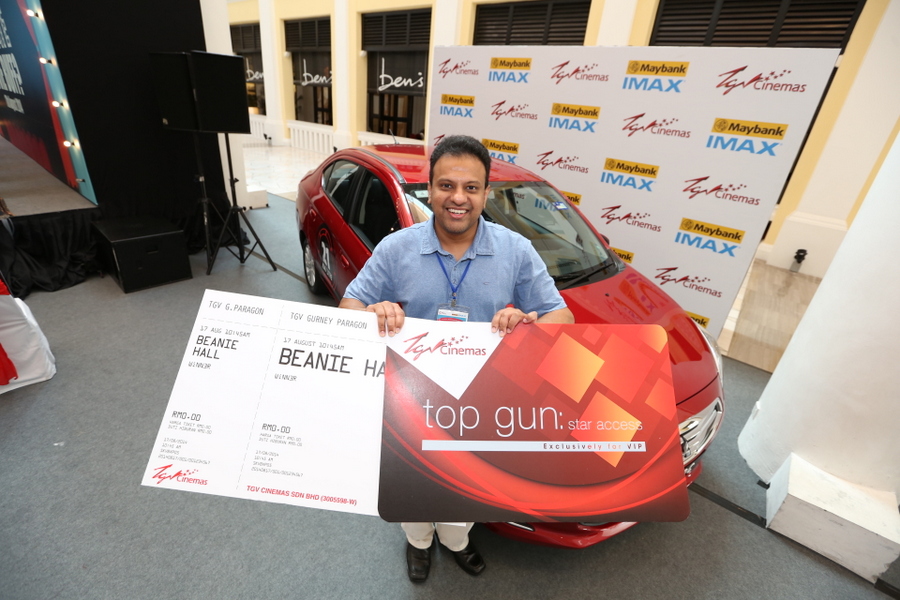 Koay shared that the objective of the Challenge was to celebrate and thank movie lovers in Penang for their support since the Mall’s opening in April. “This is an opportunity for us to reward movie-lovers and loyal patrons of TGV Cinemas Gurney Paragon for their support and patronage and for helping us make the ‘Largest Gathering of People Dressed as Spiderman’ a huge success,” said Koay.

Koay went on to say that based on the support TGV Cinemas in Penang have been receiving, it is evident that Penangites are indeed movie-lovers and watching a movie in the cinema is no longer a special treat. “It is now part of our every-day culture to enjoy our favourite movies in all its cinematic glory in the cinema, especially on IMAX which presents an indescribable immersive movie experience,” added Koay.

“It is exciting that TGV Cinemas chose Gurney Paragon Mall as the first mall to kick-off the ‘Ultimate Movie Buff’ challenge. Congratulations to all the winners and a special thank you to the patrons of the Mall for making Gurney Paragon Mall their favourite Mall. It has been a great year and we are looking forward to more activities such as this to reward our shoppers,” said Ms Lily Tan Siew Feng, Executive Director of Hunza Properties Berhad,

Patrons of the Mall who were present to watch the game show also had an opportunity to test their movie knowledge and take home movie passes courtesy of TGV Cinemas. 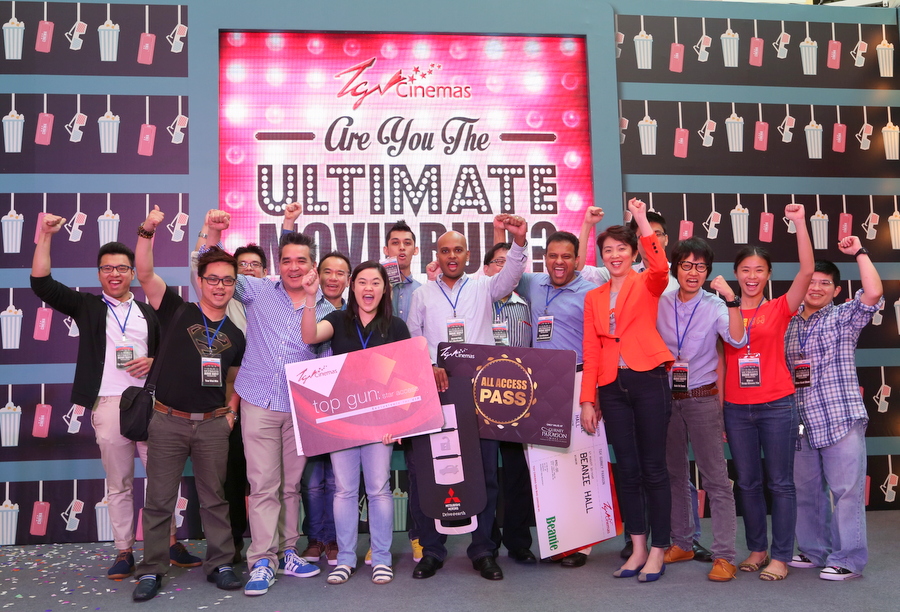 TGV Cinemas Sdn Bhd (TGV Cinemas) is one of Malaysia’s biggest operators and owners of premier multiplexes. Located in major shopping centres in Kuala Lumpur, Selangor, Negeri Sembilan, Perak, Penang, Johor and East Coast of Peninsular Malaysia, to date, TGV Cinemas has 22 multiplexes with more than 170 screens and some 34,000 seats in its fold. TGV Cinemas commits to ensure and evolve the needs and wants of the movie-goers. TGV Gurney Paragon is TGV Cinemas’ fourth IMAX® theatre in Malaysia. The third IMAX® theatre was opened recently in TGV Tebrau, Johor Bahru, with the second in TGV 1 Utama in March 2013. The first IMAX® theatre was opened at TGV Sunway Pyramid in 2011.

More information about the company can be found at www.tgv.com.my. You may also connect with TGV on Facebook (www.facebook.com/tgvcinemas) and Twitter (www.twitter.com/tgvcinemas).

Gurney Paragon is set to be the new premier shopping, entertainment, office and luxury residential address in Penang. It is a mixed development comprising a 700,000 sq ft shopping mall, an office tower, and two high-end residential towers. It is located on Gurney Drive, a beachfront esplanade that enjoys stunning ocean views and cool sea breezes. But most uniquely, it is built around and inspired by the former St. Joseph’s Novitiate – converted into St. Jo’s, an area for stylish restaurants and cafes steeped in the architecture of Penang’s heritage. Gurney Paragon Mall was recently certified as a national record holder of The Malaysia Book of Records with the achievement of “First Shopping Mall Integrated With A Heritage Building”.