Recently named among Complex’s “50 Most Anticipated Albums of 2017,” “SWEETSEXYSAVAGE“ featured a number of instant grat downloads, giving fans a sneak peak of what to expect on the album. In addition, a deluxe album bundle featuring a limited edition 7” picture disc vinyl of the singles “CRZY” & “Distraction” – is on offer exclusively via Kehlani’s official website. 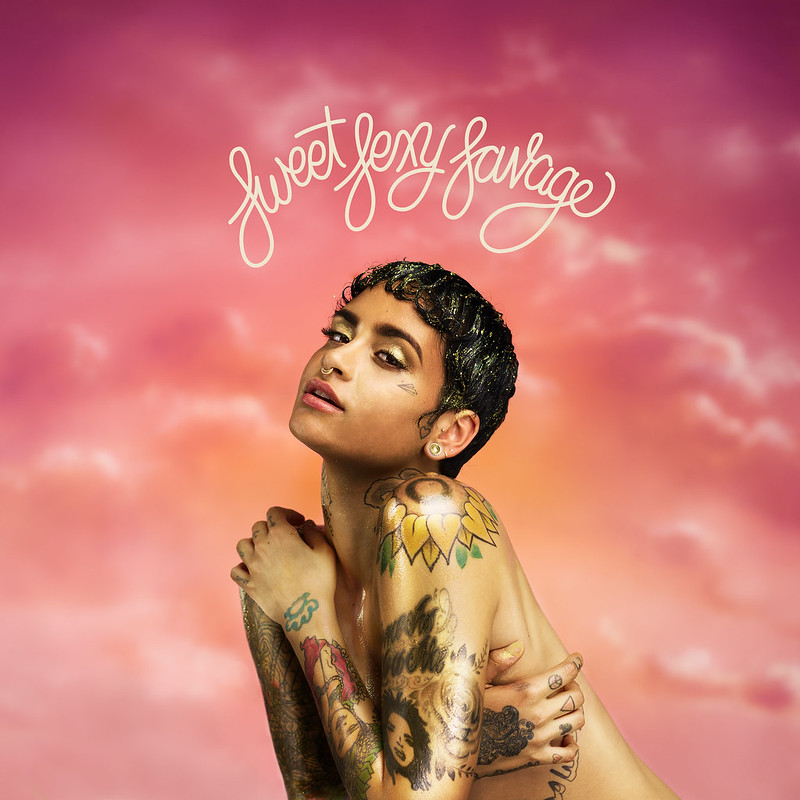 In addition, Kehlani has made several high profile appearances including last night’s performance of “CRZY” on ABC’s Jimmy Kimmel Live! and a feature alongside Atlantic Record executives in this year’s Billboard Women in Music issue.

As if all that weren’t enough, Kehlani is also pleased to announce a very special partnership with MAKE UP FOR EVER, the professional makeup reference brand who unleashes stage artists’ creativity by providing high performance makeup products. The international makeup brand officially support Kehlani’s creative efforts throughout 2017, including music videos, live performances, and much more. A major surprise announcement detailing further artistic collaborations between Kehlani and MAKE UP FOR EVER will be unveiled later this year.

Acclaimed by Complex as “a special talent, making the kind of personal music that speaks to her fans as much as it functions as a therapeutic release for her,” Kehlani received her first ever RIAA gold certification last year for the massively popular “Gangsta,” featured on “SUICIDE SQUAD: THE ALBUM,” Atlantic Records’ RIAA platinum certified musical companion to the Warner Bros. Pictures blockbuster. Directed by Benny Boom and featuring the Bay Area-based R&B star in full Harley Quinn regalia, the track’s companion video has proven an equivalent sensation, amassing over 125 million views at YouTube alone.

Critically acclaimed R&B pop songstress Kehlani embodies the title of her 2017 full-length debut album, SWEETSEXYSAVAGE. Her self-actualization comes as the result of an unbelievable journey that began in 2014 with her debut mixtape Cloud 19. A year later, the 19-year-old got the world talking on 2015’s You Should Be Here. After bowing at #5 on Billboard’s Top R&B/Hip-Hop Albums Chart and at #1 on the iTunes Top R&B Albums Chart, the mixtape garnered a 2016 GRAMMY® Award nod for “Best Urban Contemporary Album.” Upon release, Pitchfork praised how, “You Should Be Here’s dynamism and generosity is something to be amazed by,” while Billboard proclaimed it, “The year’s first great R&B album.” It landed on Complex’s “Best Albums of 2015,” Noisey’s “50 Best Albums of 2015,” and Rolling Stone’s “20 Best R&B Albums of 2015.”