It was a day filled with happiness as three lucky winners took home the top three prizes in Sunway Lagoon’s recent contest for loyal visitors as part of its Passport To Your Best Day Ever loyalty programme. Mr. Lean Wen Seng, 30, claimed the top prize of a trip to Bangkok while Mdm. Lee Siew Chin, 64, received the second prize of RM300 Petron Fuel Voucher. At the same time, Chua Keng Huat, 55, received the third prize of 10,000 points worth RM100. 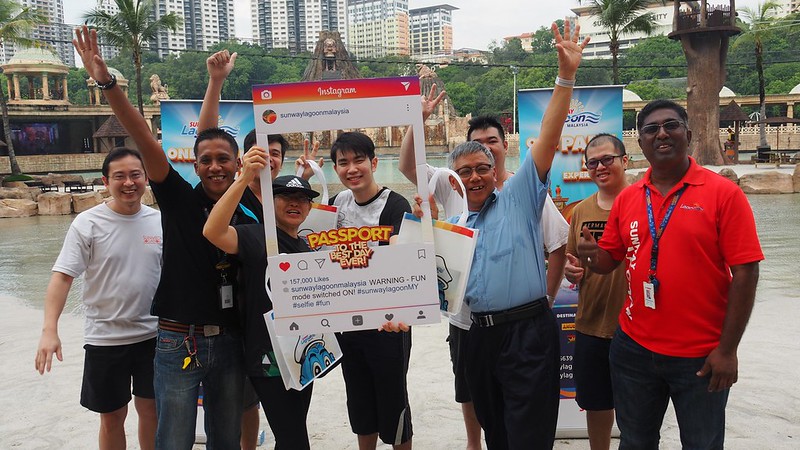 The winners were presented with their respective prizes by Magendaran Marimuthu, Assistant General Manager of Sunway Lagoon at the special prize presentation held on 31st May 2017 at Sunway Lagoon’s Surf Beach.

The contest which ran for a month and a half from 13th March until 30th April 2017 was open to all Sunway Lagoon Passport Holders. Participants had to fulfill the five-time visitation condition during a certain time period to be in the running for the top prizes, selected on a lucky draw basis.

“Similar to the one held previously, we received yet another grand response to this contest – raking in over 1,000 entries throughout the duration of the contest! It is truly a great way to thank our loyal patrons and to make a meaningful exchange of value between Sunway Lagoon and our visitors. It is also our way to encourage family and friends to spend memorable and fun times together here at Sunway Lagoon with the endless thrilling and spilling attractions we have in store,” said Magendaran Marimuthu, Assistant General Manager of Sunway Lagoon.

“I am beyond elated to win the grand prize. Never have I imagined that a simple sign up for the loyalty programme would lead to this! This is the first time winning something so exclusive and I would like to thank Sunway Lagoon for this privilege!” said Lean, Grand Prize winner of the contest.

The Passport To Your Best Day Ever is the membership loyalty programme of Sunway Lagoon and is available for purchase online at RM 450 with unlimited entries to the park.

More information on Sunway Lagoon’s Passport To Your Best Day Ever can be found at www.sunwaylagoon.com or on their Facebook page at www.facebook.com/SunwayLagoonMalaysia.