STAR TREK MARATHON ON CINEMAX
THIS 16 NOVEMBER 2012 FROM 11PM

Watch all ten original instalments of this hugely successful sci-fi franchise that depict the interstellar adventures of James T. Kirk, Spock and the crew of The Starship Enterprise. These movies air back-to-back on Cinemax (Astro Ch 412), Friday, November 16 from 11pm. For more playtimes, log on to cinemaxasia.com.

Star Trek: The Motion Picture
Space may be the final frontier, but Earth and its inhabitants are the ones in danger. The crew of the refurbished USS Enterprise reunites to combat a lethal alien force that has taken out three Klingon vessels without a blink and is now headed towards Earth. 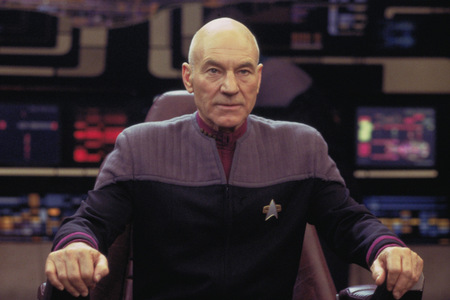 Star Trek II The Wrath Of Khan
Admiral Kirk and Dr. Spock are forced back from near-retirement into the front line with the return of the villainous Khan. Khan raids a space station, steals a top secret weapon, takes command of a Federation starship and threatens to destroy the universe. Can Admiral Kirk and his crew on board the USS Enterprise stop the arch-villain before it is too late?

Star Trek III The Search For Spock
Khan’s destruction appears to have been a Pyrrhic victory – with the loss of Dr Spock. However all is not what it seems when Kirk discovers that Spock’s soul has merely been separated from his body and can be reunited and made whole again on the planet Vulcan. However to do that, he must first travel to the forbidden Genesis planet to retrieve Spock’s body. Defying orders from his superiors, Kirk steals the USS Enterprise and goes to Genesis, but a renegade Klingon commander has other malevolent plans of his own for Genesis.

Star Trek IV The Voyage Home
The crew of the Enterprise travels back in time on a mission to save Earth. An alien space ship is threatening destruction unless it can talk to Earth’s humpback whales which have been extinct for centuries. Admiral Kirk and his crew must travel back in time to bring the creatures back to the future!

Star Trek V The Final Frontier
A renegade Vulcan mystic hijacks the Starship Enterprise to go beyond the finite universe in a quest for God. The Enterprise crew has become hostages of the Vulcan mystic. Can anyone prove that the powerful being they encounter is not God?

Star Trek Vi: The Undiscovered Country
The last voyage of the Starship Enterprise will determine the fate of the universe. Peace between the Federation and the Klingons at last seems possible, and Admiral Kirk’s current mission will bring negotiators together. But hardliners on both sides – as well as a traitor aboard the Enterprise – want to see the mission fail.

Star Trek Generations
The Enterprise, under Captain Jean-Luc Picard, encounters a scientist who harbors a plan that will place the Enterprise and the entire galaxy in danger of annihilation. Picard must then brave the power of the “Nexus,” to ask for the legendary Kirk’s help in saving the universe from destruction.

Star Trek First Contact
Resistance is futile, as the Borg would say. Not just for Trekkies, but for anyone with a yen for sci-fi. In this edition, Captain Jean-Luc Picard leads the crew of the newly commissioned Enterprise E. Their adversaries are the Borg, an insidious race of half-machine, half-organic aliens who are out to distort Earth’s future. The only way to save Earth is to go back in time and alter the first contact with the evil aliens.

Star Trek Insurrection
Captain Picard leads his multicultural starship crew in a rebellion to save a planet from the very Federation they serve so proudly.

Star Trek 10: Nemesis
A generation’s final journey begins when Captain Picard and the crew of the Enterprise encounter a monstrous alien race known as the Remans. A diplomatic mission to the Romulan Empire ends in battle when Picard comes face-to-face with his most dangerous adversary yet, a surprisingly personal nemesis. Picard and his crew must risk everything to prevent this sinister villain from destroying Earth. 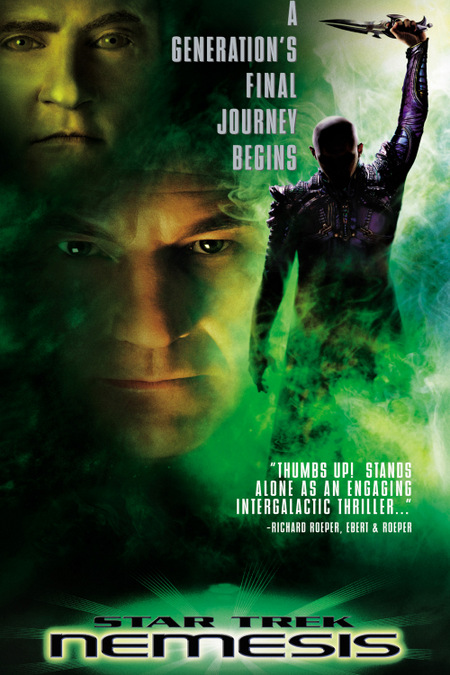 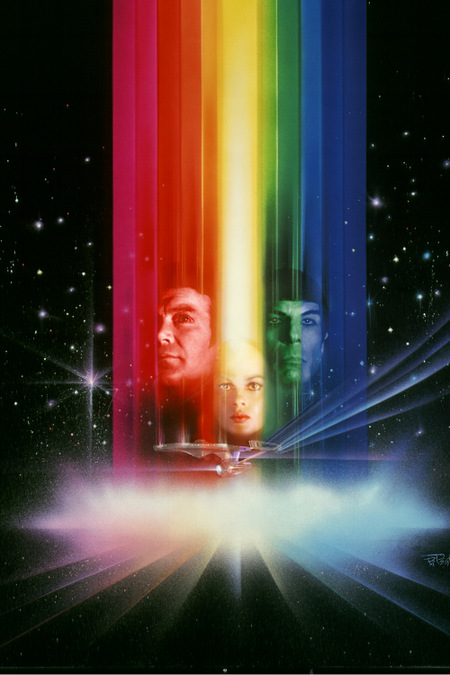