A World of Married Couple, available first on Viu, has been smashing viewing records week after week. It is available as soon as 8 hours after broadcast in South Korea, with subtitles in six languages. Currently the third-highest rated South Korean drama in cable television history, the series, which is a remake of BBC’s Doctor Foster, has been highly-acclaimed for its plot, acting, pace and even raciness. The series centers on a successful doctor, played by Kim Hee-ae, who leads a seemingly ideal life until her husband, played by Park Hae-joon, starts to behave strangely. Their picture-perfect lives begin to unravel.

Produced by JTBC, the series was aired first on Viu and is currently exclusive in Asia only on Viu. More than 55%* of viewers on Viu in Asia have already caught on to the addiction to this wildly popular South Korean series since its opening week on March 27.

In South Korea, the series’ first episode recorded 6.26% viewership, surpassing all other first episode viewership ratings of any JTBC dramas, according to Nielsen Korea. This is 20% higher than its popular sister production, Itaewon Class, which opened at 4.98%.

With the ratings of A World of Married Couple breaking past 20% for the first time in the recent weekend in South Korea, the drama’s performance is expected to surpass Sky Castle, which is also available on Viu.

“We have seen a sharp increase in our unique viewers that mirrors the increase in viewership for the series in South Korea.

Great content transcends all cultures and nationalities, especially when served with subtitles in local languages that make it accessible and relatable to our audience in each country.

It is our promise to deliver premium content to our Viu’ers promptly, and A World of Married Couple delivers on the promise.

We are encouraged to see that so many of our viewers have enjoyed it and responded enthusiastically.

We will continue to bring great shows to our Viu’ers by offering the most simulcast titles and biggest library of Korean content.”

Viu is also scheduled to stream more exciting South Korean content in the coming months, including drama series When My Love Blooms, Oh My Baby, Kkondae Intern, Good Casting, Fix You, and the variety show Road to Kingdom.

*Based on new titles released in March.

Viu is a leading pan-regional over-the-top (OTT) video streaming service operated by PCCW Media Group. It is available in 16 markets including: Hong Kong, Singapore, Malaysia, Indonesia, the Philippines, Thailand and Myanmar in Asia; Bahrain, Egypt, Jordan, Kuwait, Oman, Qatar, Saudi Arabia and the UAE in the Middle East; as well as South Africa.

Operating with both an ad-supported tier and a premium subscription tier, Viu delivers premium content in different genres from top content providers with local and regional languages and subtitles, as well as original production series under the “Viu Original” initiative.

Viu offers users popular and current content with streaming and download features, and localized user interfaces. With the patented Dynamic Adaptive Transcoding technology, Viu can provide the best viewing experience regardless of device or network conditions.

The service can be accessed via Viu app (available for free on App Store and Google Play) on connected devices, e.g. smartphones and tablets, selected smart TVs, as well as on web by logging into www.viu.com.

PCCW Media operates the leading pay-tv service in Hong Kong under the Now TV brand offering more than 160 linear channels and an extensive on demand library of local, Asian and international programming. Premium content can also be accessed by subscribers via the Now Player companion app. It is also a leading producer of Chinese language news, financial news and sports programming, in addition to Asian infotainment content which complements its wide portfolio of licensed movie and international television content. Now TV also offers its content via Now E, a subscription OTT (over-the-top) service with international and Asian dramas, movies and world-class sports events, which is designed to meet the needs of millennial viewers. In addition, PCCW Media operates popular digital music streaming service MOOV in Hong Kong.

PCCW Media Group also provides a leading pan-regional OTT video service under the Viu brand with over 40 million users in 16 markets including countries in Southeast Asia and the Middle East, as well as South Africa. The Viu service is available to consumers through a dual model with an ad-supported free tier and a premium subscription tier. Viu offers fresh premium TV series, movies and lifestyle programming in local and regional languages and subtitles in different genres from top content providers, as well as premium original productions under the brand “Viu Original”. The service can be accessed via app, selected smart TVs and online.

PCCW Limited (SEHK: 0008) is a global company headquartered in Hong Kong which holds interests in telecommunications, media, IT solutions, property development and investment, and other businesses.

PCCW also owns a fully integrated multimedia and entertainment group in Hong Kong, PCCW Media. PCCW Media operates the largest local pay-tv operation, Now TV, and is engaged in the provision of over-the-top (OTT) video service under the Viu brand in Hong Kong and other places in the region. 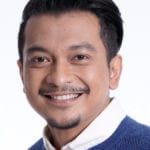 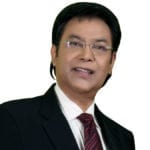