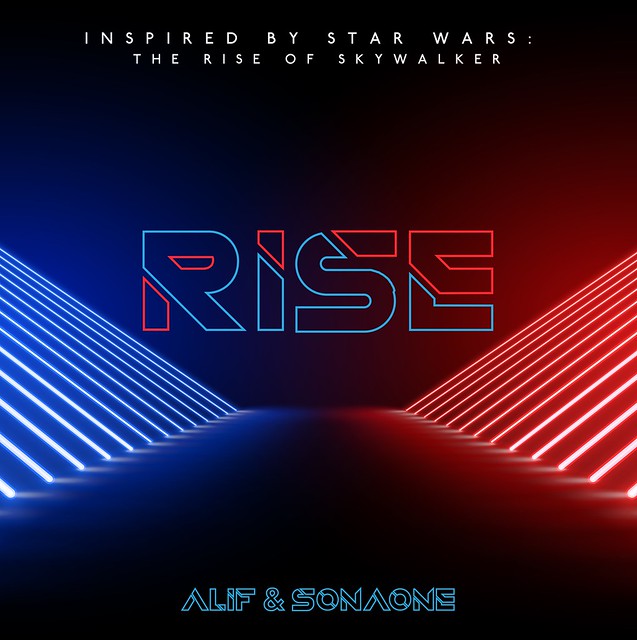 In celebration of the final instalment of the Skywalker saga, The Walt Disney Company (Malaysia) teamed up with acclaimed rappers, SonaOne and Alif to release a Star Wars inspired music titled, “Rise”. This will be Disney Malaysia’s first collaboration, with both artists on a music video inspired by Star Wars.

Anticipating the final battle for freedom, the lyrics to “Rise” is a recap of the Skywalker saga and is written, composed and produced by both Def Jam Southeast Asia’s artists, SonaOne and Alif. “Never in a million years would we have thought our love for Hip Hop and Star Wars could come together in the most perfect way imaginable. We feel honoured to be a part of this, and as Star Wars fanatics ourselves, we hope to connect with all you other fans and celebrate the end of the saga in the ‘littest’ way possible. RISE RISE RISE!” saidSonaOne & Alif

The music is now available on Spotify and on other music streaming platforms like Apple Music, Deezer etc, while the music video will be available on DisneyMusicAsiaVEVO YouTube channel very soon.

Star Wars is a worldwide pop-culture phenomenon and is well received by Malaysians as well. With the Christmas holidays and year-end school break approaching, fans can spend time catching the final movie to the Skywalker saga with their friends and family.

Star Wars: The Rise of Skywalker is now showing in cinemas nationwide.

Listen to “Rise” on your favourite streaming platforms here: https://DefJamSEA.lnk.to/starwarsrise

Lucasfilm and director J.J. Abrams join forces once again to take viewers on an epic journey to a galaxy far, far away with Star Wars: The Rise of Skywalker, the riveting conclusion of the seminal Skywalker saga, where new legends will be born and the final battle for freedom is yet to come.

SonaOne is an award-winning rapper, singer, songwriter and music producer of French-Malay parentage.

A phenomenal 2014 cemented his place in the Malaysian music history books with and an unprecedented back to back win at two of the most prestigious awards in the country, making SonaOne the most celebrated new artist Malaysia has seen in the last decade.

From humble beginnings to unquestionable success, ALIF’s story is an exceptional one. The Singapore-born rapper, producer and songwriter casts along storied shadow in Southeast Asia. Emerging as an industry leader with one of Singapore’s most influential hip-hop groups SleeQ, he quickly established himself as a potent MC on the mic and as a producer with a hit-making golden touch that has blessed the music of a sprawling list of icons such as Joe Flizzow, Kaka Azraff, Zizan Razak, K-Clique, Andi Bernadee, Elizabeth Tan and many more. ALIF is currently Malaysia’s most sought-after producer and his work has not left the Top 10 Most Streamed Domestic Singles RIM charts in over 24 months.