Barclays Premier League Champions and Capital One Cup Winners, Manchester City, along with their Malaysian Partners DASHING are proud to announce that they will be bringing both trophies to Malaysia courtesy of Etihad Airways and providing exclusive access to Malaysian fans on 25 and 26 October 2014, at Sunway Pyramid. An exclusive media preview was organised to allow members of the media a first look at the two trophies.

During the preview members of the media were given the privilege to experience unique English football activities. They enjoyed the free kick challenge, Play Station 3 (PS3) football showdown as well as the foosball competition. 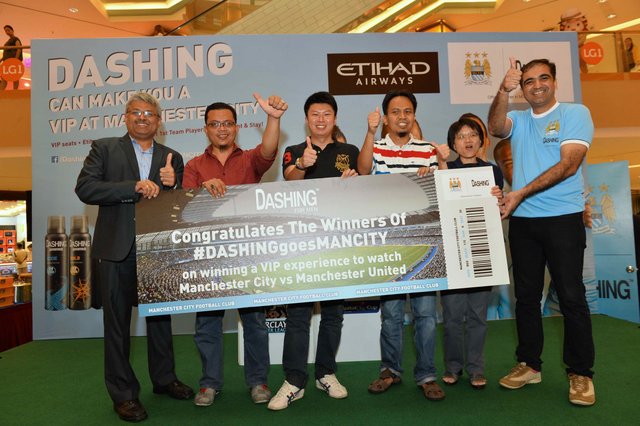 “As a company we always strive to give our customers not just state of the art product innovation but also brand experiences. Today’s event marks another milestone for us as the purveyor of men’s grooming brand in understanding what’s make you a DASHING Man, a unique English football experience. With DASHING you are always cool, confident and deserve to achieve this great experience”, said Mr Sriram Krishnamurthy, Chief Operating Officer of Wipro Unza (M) Sdn Bhd.

“Our customers have always been our inspiration to achieve greater things, with #DASHINGgoesMANCITY contest we are giving you two unparalleled English football experiences. The first is an opportunity to watch Manchester City take on Arsenal live at the Etihad Stadium in The United Kingdom. We are flying the winners to Manchester coutesy of Etihad AIrways and giving them VIP seats and a chance to meet members of Manchester City’s first team squad. The second is to see the Barclays Premier League trophy and Capital One Cup in person, something I am very excited about as a football fan.”

The Dashing Trophy Tour would not be possible without the support of Manchester City FC’s lead partner and national airline of the United Arab Emirates, Etihad Airways.

Dave Walsh, Etihad Airways General Manager for Malaysia said: “We are delighted to work with DASHING to be part of this exciting campaign and to offer Club fans in Malaysia the opportunity to see up close both the Barclays Premier League Trophy and The Capital One Cup.”

Malaysian football fans will get an exclusive access to view the coveted trophies up close on 25th and 26th October 2014, at the Orange Concourse at Sunway Pyramid between 4-9pm on 25th October 2014 and 3-8pm on 26th October 2014. Trophy pass holders will be able to get a close up look and a chance to take photographs with the trophies.

The two day Trophy Tour is the culmination of a weeklong celebration where fans and customers got to experience the brand, play games and win exciting prizes such as Manchester City FC and DASHING jerseys. 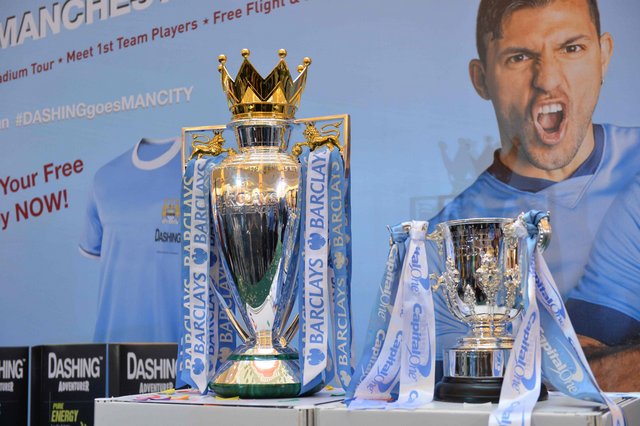 “DASHING is a major player in the Malaysian body and skin care market, which has gone on to become one of the nation’s leading brands. Having built up a long and trusted reputation among the millions of young men in the region who also love football, DASHING is the perfect fit for Manchester City.

When the Club visited Kuala Lumpur during a previous pre-season tour, we were blown away by the passion and commitment of our Malaysian’s fans. We look forward to working with the DASHING team and to welcoming our loyal Malaysian fans to the Etihad Stadium throughout the season.”

During the event DASHING also announced the first round winners for the #DASHINGgoesMANCITY contest. The first four of the 20 X Monthly winners are Mohd Razali Bin Mohd Saleh, Low Kah Wai, Daniel Tan and Ahmad Najib Bin Mohamad. The winners will be flying out on 30th October 2014. The next round of winners will be announced in November 2014.
#DASHINGgoesMANCITY contest which was launched on the 1st August 2014 and will end on 28th February 2015 consist sets of two rewards of 20 lucky winners for a one in a lifetime English football experience.

For more information follow DASHING on Facebook.com/dashingformen or the hashtag #DASHINGgoesMANCITY. 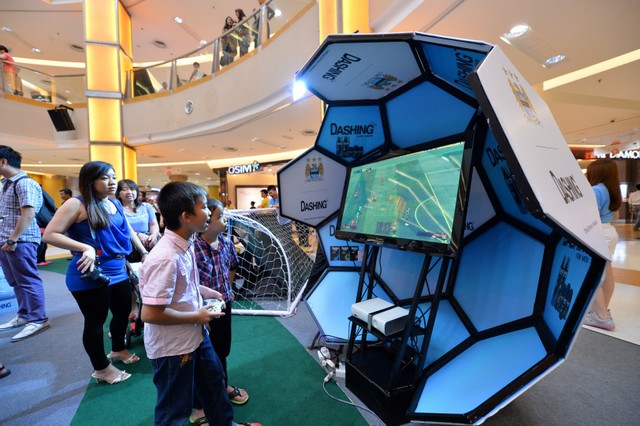 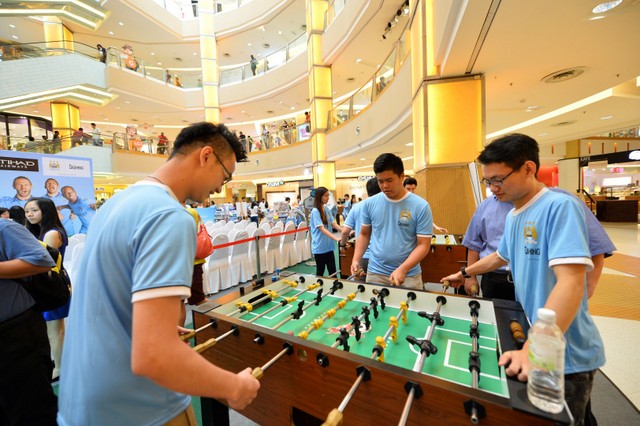 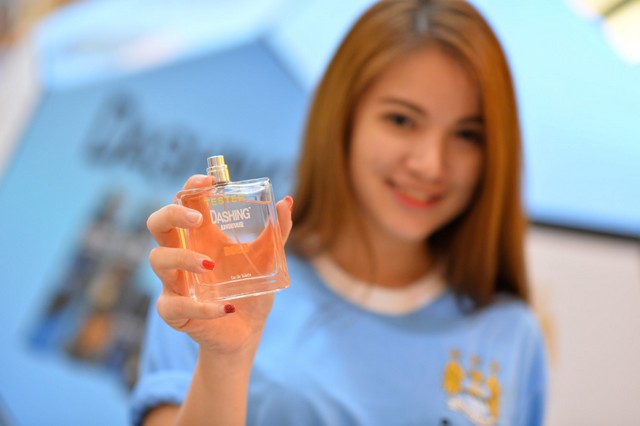 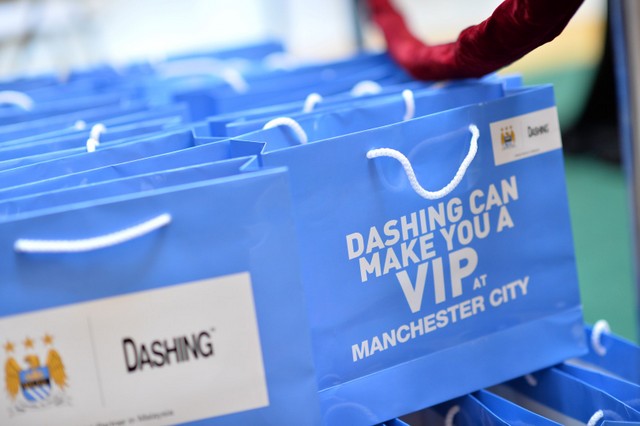 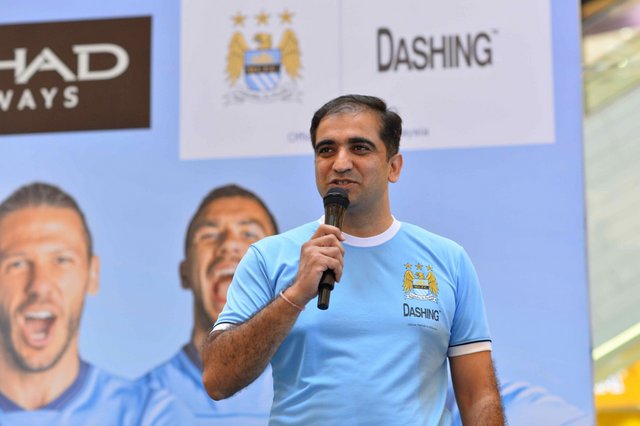 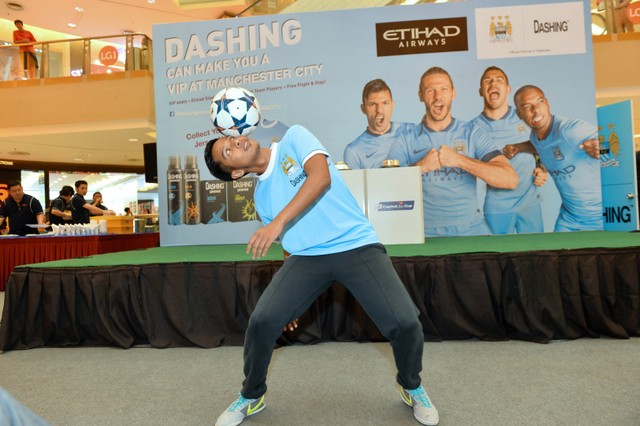 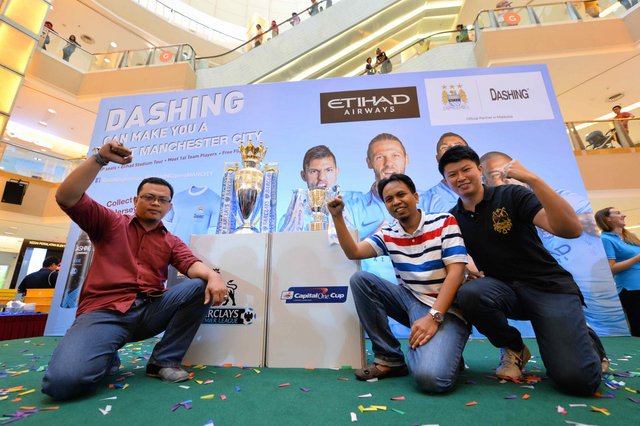 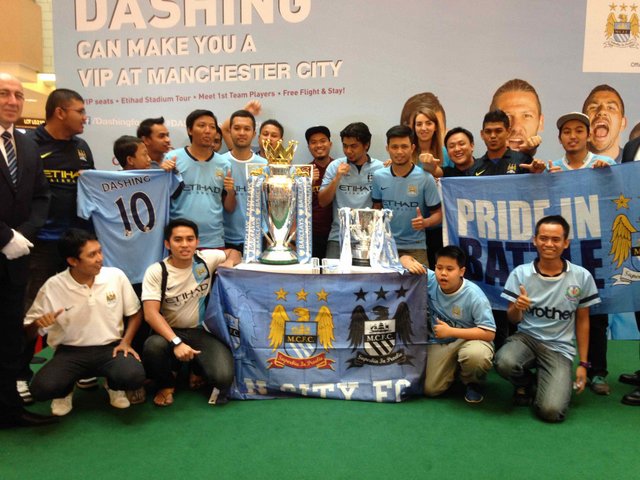