Roy Kim, a South Korean singer, songwriter is coming to Malaysia to meet his fans for the first time. He started his singing career after winning one of the biggest Korean audition programs. Roy Kim officially debuted in 2013, with his 1st studio album, Love Love Love.

His hit song “Bom Bom Bom” became the fourth most successful song of that year in South Korea. With this album, Roy Kim won trophies for Best Newcomer at the 15th Mnet Asian Music Awards and the 2014 Golden Disk Awards. 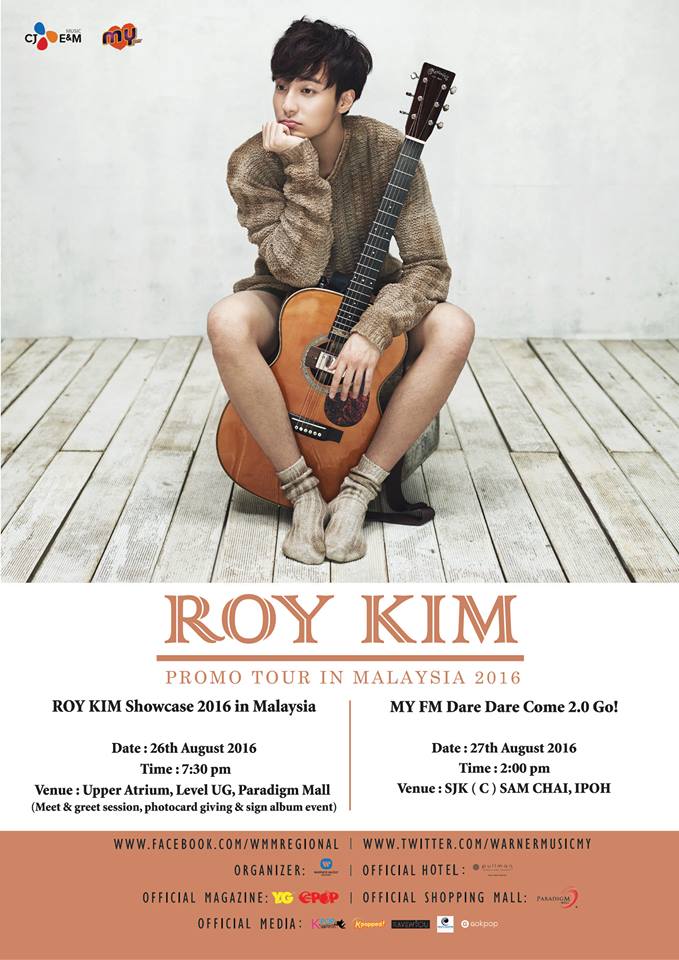 In 2014, Roy Kim released his 2nd album Home. Thesong“Home” is the highlight track of the album. This song peaked at number two on the Gaon Digital Chart and wonfirst on Mnet’s M! Countdownand MBC’s Show! Music Core.

In 2015, he finally came out with his 3rd album The Great Dipper and drew great attention.
As of 2016, Roy Kim not only held his solo concert in Korea, but also had his first overseas concert in Taiwan.

He will be paying a visit to Malaysia for his Showcase which is scheduled on the 26th of August in Kuala Lumpur followed by a performance at the “MY FM Dare Dare Come 2.0 Go!” as the first Korean Singer in Ipoh on the 27th.

Warner Music Malaysia present Roy Kim Promo Tour in Malaysia 2016, with the details as below: