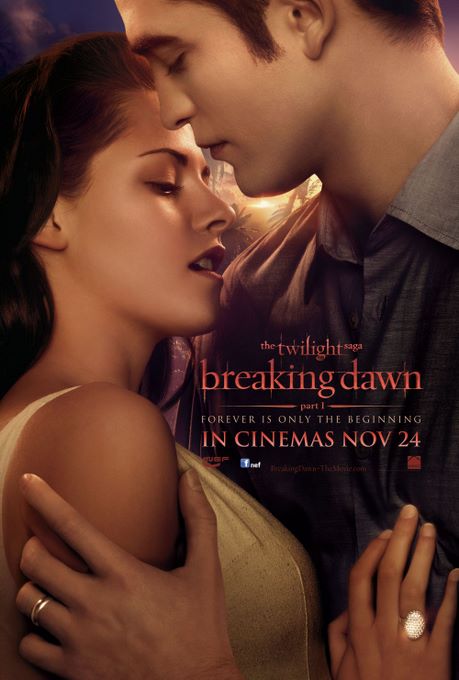 According to the Hollywood reporter, Summit Entertainment has teamed with Chop Shop Records and Atlantic Records to release the soundtrack on Tuesday, Nov. 8. One of the most highly anticipated songs is Bruno mars single, it will rain, which can be purchased on sept 27th on itunes.

Mars recently spoke about the track and he said, “The Twilight movies for me (are) a love story. But it’s a dark love story. And I think the best way to describe the song is: it’s the darker side of love. I think that pretty much sums it up.”

Other artists on the album include The Features, Christina Perri, Iron & Wine, Aqualung & Lucy Schwartz. You can find the complete list by clicking the link in our description! In addition to getting a complete list of the tracks that can be found on the album, cover art was also released to day for the album!

LAGU BRUNO MARS – IT WILL RAIN

Bella and Edward tell Charlie they plan on getting married. Bella’s mom comes out for the wedding and Bella gets to see her one last time. They have the wedding at the Cullen house. Jacob shows up and makes a scene when Bella tells him she plans to have a real honeymoon with Edward. Edward whisks Bella off and they have a romantic honeymoon at a secret location off the coast of Brazil. The native Brazilian maid freaks out when she sees human Bella in Edward’s arms.

Days after losing her virginity to Edward, Bella feels a twitch inside her womb, runs to the mirror and sees a bump as if she is already a few months pregnant. The Brazilian maid tells Edward the baby will kill Bella. Edward freaks out and takes Bella home, intending on having Carlisle abort the baby. Meanwhile, Bella has called Rosalie and enlisted her help to prevent the abortion.

Jacob, Sam and the rest of the wolf pack find out Bella is pregnant with Edward’s baby. Sam says they have to protect their people and prevent this monster from being born. Using his alfa-wolf voice that the pack must obey, Sam declares that the wolf pack must kill Bella and the rest of the Cullens. Still in love with Bella, Jacob uses his birth right as the true alfa to resist Sam’s order. In doing this, Jacob creates a second wolf pack. Leah and Seth leave Sam’s pack and follow Jacob. Jacob tells them to go back, but they don’t listen and Jacob refuses to use his alfa voice. Jacob’s pack warns the Cullens and takes up guard duty outside the Cullen house.

Bella gets weaker and weaker as her baby grows alarmingly quickly inside her. Desperate, Edward tries to get Jacob to convince Bella to abort the baby by saying she can have kids with Jacob and it’s OK with Edward. Bella insists on keeping this baby. Worried, Jacob suggests Bella drink some of the human blood Dr. Carlisle got from a blood bank. It works and Bella gets a little stronger.

Suddenly, Edward hears the baby’s thoughts and everyone but Jacob now wants to keep the baby. Bending over to clean up the blood she spilled, Bella hears a loud crack as her back breaks. Edward performs an emergency C section to save the baby and then uses a metal syringe to inject his vampire venom directly into his wife’s heart, hoping to save her from death.

Meanwhile, Jacob is sure Bella will die. Furious at the baby for killing Bella, he goes to kill the baby. However, as soon as he sees Baby Renesmee, Jacob imprints on her and becomes her slave. 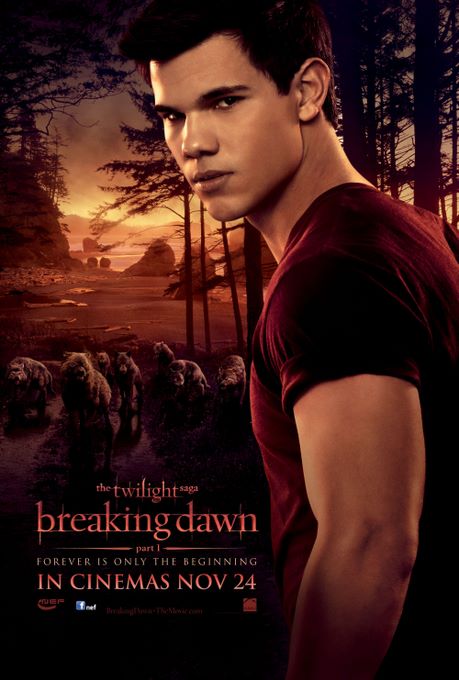