Program synopsis:
Controversial throughout the World War II for his personal flamboyance, outspokenness, uncompromising standards, and aggressive combat strategy, George S. Patton played a key role in the headlong Allied armored thrust to Germany after D-Day. Now, following the success of Battle 360, HISTORY HD brings viewers an epic new series about Patton, one of America’s most famous generals. Patton 360 weaves a mix of CGI battle scenes, interviews with historians and men who fought under Patton, and commentary by modern-day military experts, inviting viewers to experience a dramatic “360 degree view” of the brilliant strategy and leadership Patton exemplified as he beat back the Nazi tidal wave in WWII. 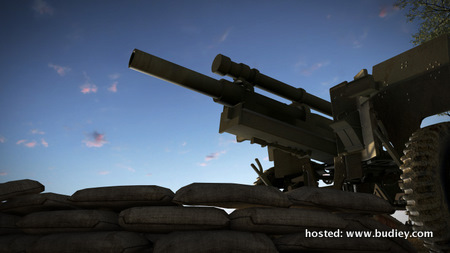 Patton 360 will not only put viewers right in the action of the primary battles fought by Patton in North Africa, Sicily and Europe, but also provide them with unique insights into Patton the man, known to his troops as “Old Blood and Guts.”

Blood & Guts, 7 April
General George S. Patton and the US Army embark on the road to Germany by invading North Africa on November 8th, 1942. The program begins with a preview of the first showdown between US and German forces at Kasserine Pass in February, 1943. Then, back at the initial landings in November, 1942, Pro-Nazi French forces put up surprisingly strong resistance on land, at sea, and in the air against Patton s invasion forces. After three days of intense fighting, a cease-fire is declared, and Patton triumphantly enters the port city of Casablanca. But bigger battles with the German Army loom on the horizon.

Rommel’s Last Stand, 14 April
After the Germans deliver a stinging defeat to American forces under the command of General Lloyd Fredendall at Kasserine Pass, Eisenhower appoints Patton to take charge of the humiliated Americans. “Old Blood and Guts” quickly whips the poorly-trained troops into shape, leading them to victory at the Battle of El Guettar. With the Axis forces in full retreat, Patton and the Allies push the enemy of the continent and declare victory in North Africa by May 1943.

Baptism of Blood, 21 April
As a result of his victories in North Africa, Patton is given command of the Seventh Army as the Allies prepare to invade Sicily. Known as Operation Husky, the combined amphibious and airborne assault is the largest invasion of the war to date. Despite a surprise counter-attack by Italian tanks, Patton and his allies successfully hold the beaches and prepare to push inland.

Rogue General, 28 April
Frustrated by the slow progress of his British allies, Patton ignores his orders to stay by their side and instead pushes on toward Palermo, capturing the Sicilian capital on July 22nd. Buoyed by their string of successes, Seventh Army prepares to assault Messina and liberate the besieged city before the British do. The victorious American soldiers enter Messina on August 17th, but instead of a hero s welcome, Patton is relieved of command for slapping two soldiers. There s no guarantee he ll ever command troops on a battlefield again. 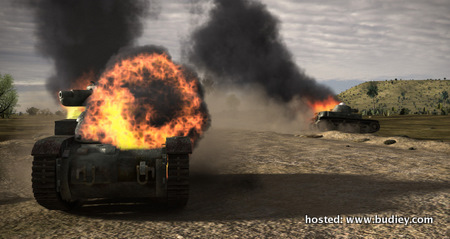