Nicholas Tse was photographed on 2-9 by the Hongkong media that he has taken off his wedding ring, which was always on his left hand in 2007, because of the naughty picture scandal involving his wife, Cecilia Cheung and lover at the time Edison Chen.

Based on the memorabilia appearing in the background of the photos, reporters speculate that Cecilia Cheung Pak Chi, had an affair with Edison Chen when she was in her turbulent stage with Nicholas Tse Ting Fung, circa 2004 to 2005. Cecilia and Edison may have been involved for approximately 3 years.

In past interviews (prior to the release of the naughty photos), Cecilia recounted that she met Edison when she was only 18 years old. The pair filmed a commercial ad together. At the time Edison had not officially entered the entertainment industry yet.

Also at that time, Cecilia insisted she was not dating Edison. She said at the time, “We will continue to be good friends, really good friends going forward. No matter what happens, I will continue to speak out for him.” However, given the current naughty photo scandal, Cecilia’s past outburst was a bit ironic.

In February 2004, Cecilia and Nicholas filmed the movie, “The Promise” together and mended their relationship. In March of the same year, the paparazzi photographed the pair together during the filming. However, at the time, Cecilia was also allegedly involved in a relationship with Edison Chen and Jordan Chan Siu Chun.

In 2005, Cecilia dated a Caucasian man. At the same time, there were rumors that she may have gotten back together with Nicholas Tse. In May 2005, Nicholas and Cecilia promoted “The Promise” in Cannes and Director Chen Kaige said the pair had “an intimate relationship.”

While promoting “The Promise” in Taiwan the same year, Cecilia did not omit the likelihood of reuniting with Nicholas Tse. However on May 20, 2005, Cecilia returned to Hong Kong and attended Edison Chen’s apparel store’s one year anniversary celebration. Cecilia and Edison appeared to be quite intimate with each other at the event.

Based on these events, reporters speculate that Cecilia was involved with Edison amidst break-ups and reunifications with Nicholas Tse.

According to many recent reports, Nicholas had a fierce argument with Cecilia after he returned to home last week from Nanjing, mainland China. It was speculated that he would divorce Cecilia. If so, their little son, Lucas, would be tended by his grandmother Deborah Lee. 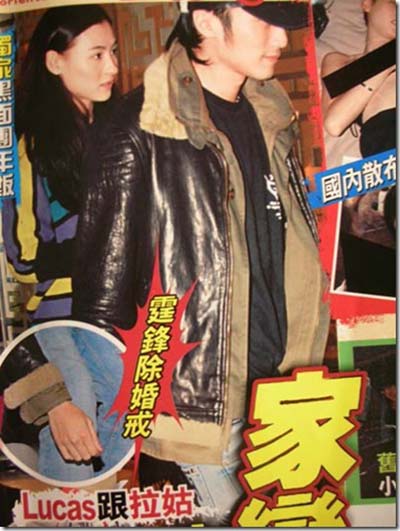 As Cecilia Cheung loves husband Nicholas Tse, and toddler son Lucas very much, we are very afraid that she possibly can not endure such a blow, and do something very tragic after she loses two beloved people in her life at the same time.

Jaynestars says Cecilia Cheung was involved in a relationship with Edison Chen for 3 Years before the naughty picture scandal.

The couple married in September 2006, and even though the couple married in the Philippines, the union and any divorce can be dealt with by Hong Kong jurisdiction because at least one of the couple is a Hong Kong citizen. Legal sources say after one year of separation the couple can file for divorce without citing any particular reason. Last year, in an interview with Squat, Nicholas said his marriage to Cecilia was “for life”. 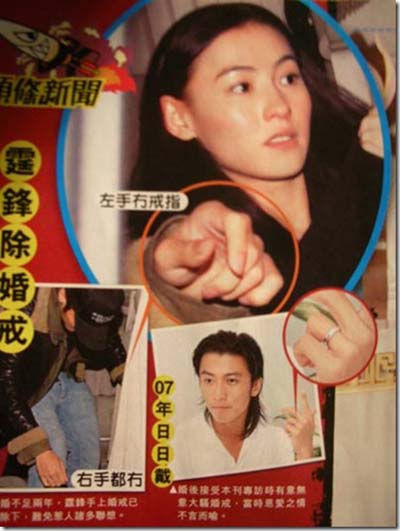