Bikini Bottom fans in Asia are in for a super-heroic adventure as Nickelodeon gears up for highly anticipated The SpongeBob Movie: Sponge Out of Water with SpongeBob SquarePants-themed activities taking place across multiple platforms.

The network will air a “Champ-packed” marathon of episodes from Nickelodeon shows featuring heroes-related storylines on Friday, 13 March at 4pm (HK/SG/TH/WIB) and 5pm (MY) before premiering a brand new episode of SpongeBob SquarePants. Together with Paramount Pictures, it has launched the all-new SpongeBob game SpongeBob: Sponge on the Run which was inspired by the upcoming movie. 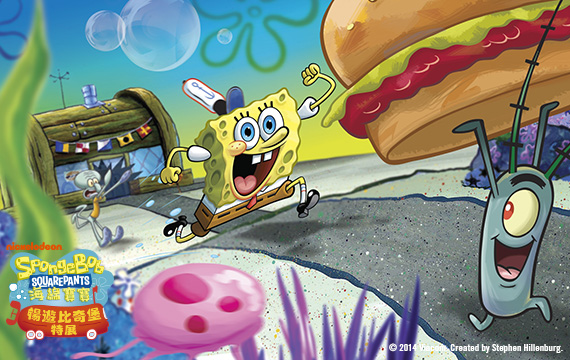 Meanwhile, Asia’s biggest SpongeBob SquarePants exhibition has opened in Taiwan through a specially designed Nickelodeon “SpongeBob SquarePants: Bikini Bottom Adventure” exhibition for kids and their families to enjoy. Presented by KHAM Inc., the immersive paid exhibit will run from 10 February to 10 May at the Chiang Kai Shek Memorial Hall ZhongZheng Art Gallery in Taipei.

Throughout the next few weeks, audiences will get to see more of SpongeBob as the network will be airing short-form interstitials, sneak peeks of the upcoming movie and spreading SpongeBob’s unique optimism through its on-air branding. The SpongeBob Movie: Sponge Out of Water hits theatres 5 March (Malaysia/Singapore), 20 March (Indonesia), 2 April (Hong Kong), 4 April (Philippines) and 16 April (Thailand). The movie opened in Taiwan on 30 January and had a strong start taking in US$404,875 from 88 locations. 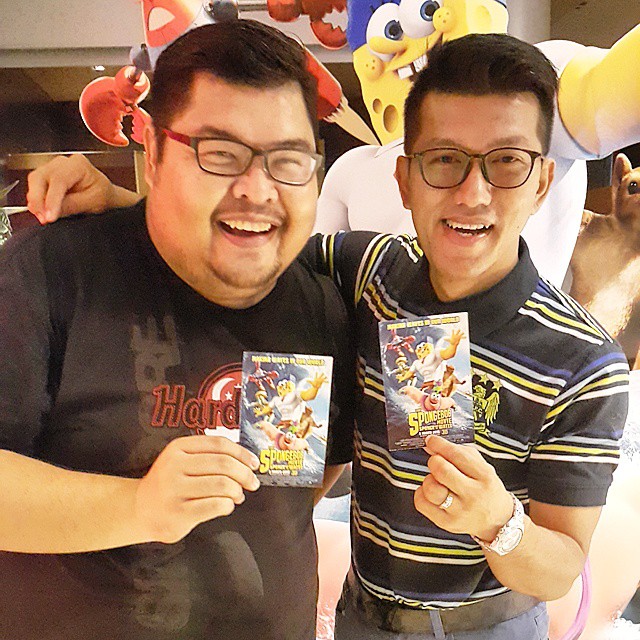 The hero-themed marathon premieres on Friday, 13 March at 4pm (HK/SG/TH/WIB) and 5pm (MY) and consists of episodes from Nickelodeon’s shows including The Thundermans, Henry Danger, Kung Fu Panda, The Adventures of Jimmy Neutron, and Teenage Mutant Ninja Turtles. These episodes contain heroes-related storylines and a brand new episode of SpongeBob SquarePants with the same theme will premiere on the channel. In this episode, an imprisoned Plankton teams up with his fellow inmates to break out of jail in order to steal Mr Krabs’ secret formula and SpongeBob decides to intervene with the jailbreak plot. The second part sees SpongeBob replacing his broken spatula with one from Plankton, which may or may not have magical powers. 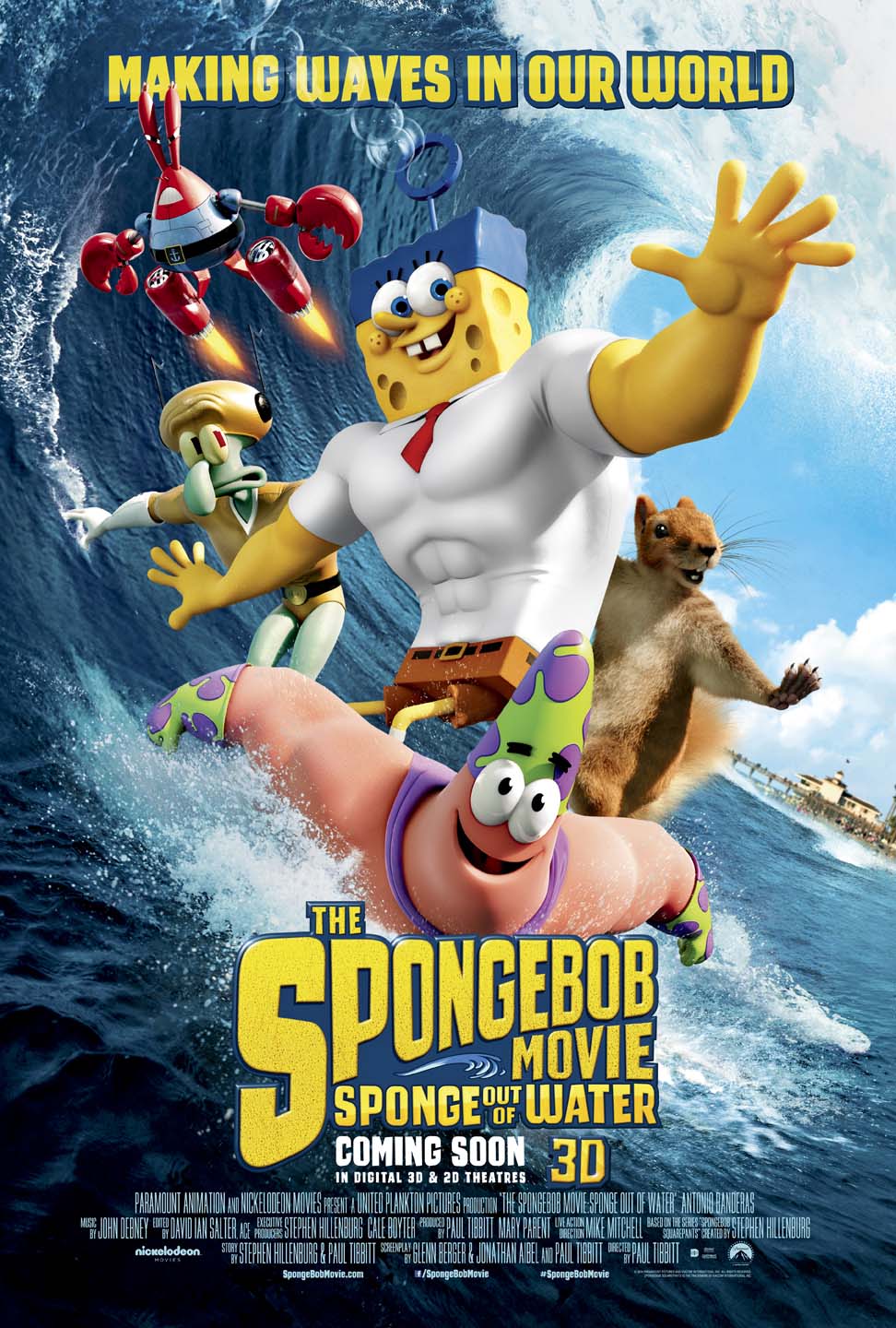 SpongeBob: Sponge on the Run

The app is an endless runner mobile game now available for Android, available for iOS from 12 February and coming soon to Amazon app stores. In the app, SpongeBob and Plankton are racing to find the lost Krabby Patty formula through three seaworthy locations including Bikini Bottom, Apocalyptic Bikini Bottom and a real-world beach. When he is not running, SpongeBob is flying past obstacles with Plankton’s jetpack, floating in a bubble through a coral forest, racing through Bikini Bottom in the Patty Wagon, or has Plankton jumping through his surreal imagination. When the running gets tough, SpongeBob gets heroic as he transforms into Super SpongeBob. The new upgrade allows SpongeBob to knock through any obstacle in his way without risk. 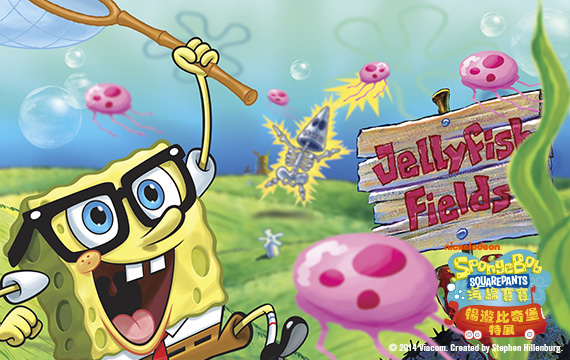 The game includes the following features:

• Customize SpongeBob with unique costumes like Caveman and Pirate

• Become Super SpongeBob and knock everything out of SpongeBob’s path

• Power up with Plankton using shields and magnets

• Hilarious dialog between SpongeBob and his arch-rival Plankton

SpongeBob: Sponge on the Run was developed by Playside Studios, creators of the App Store’s Worldwide Editor’s Choice game Catch the Ark.

Get the SpongeBob: Sponge on the Run app here: www.SpongeBobMovie.com/app

Young fans and lovers of the beloved Nickelodeon character will experience the underwater world of Bikini Bottom and life as a sponge in a pineapple house under the sea with his friends. The exhibition will not only feature all eight of the main characters, but for the first time in Taiwan, eight classic scenes from the underwater Bikini Bottom town will be showcased under one exhibition. These include SpongeBob, Patrick, Squiward, Mr. Krabs, Mrs. Puff, Gary, Plankton and Sandy, all of whom will get a chance to meet with fans. Visitors will get to stroll downtown Bikini Bottom, explore the Jellyfish Fields, experience the murky depths of Rock Bottom and even enter the world famous Krusty Krab restaurant. Other highlights of the exhibition include riding on a Bikini Bottom bus, learning to drive at Mrs Puff’s Boating School, hitting the town of Rock Bottom and checking out Sheldon J. Plankton’s Chum Bucket lab. The exhibition runs from 10 February to 10 May at the Chiang Kai Shek Memorial Hall ZhongZheng Art Gallery in Taipei.

The SpongeBob Movie: Sponge Out of Water 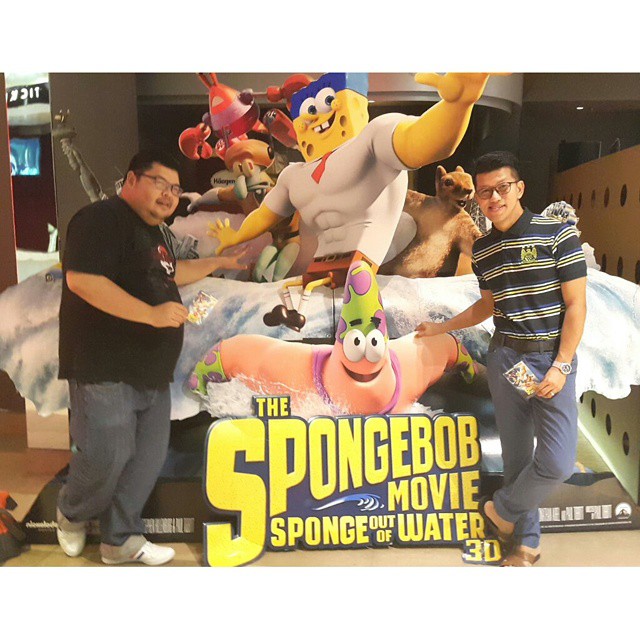 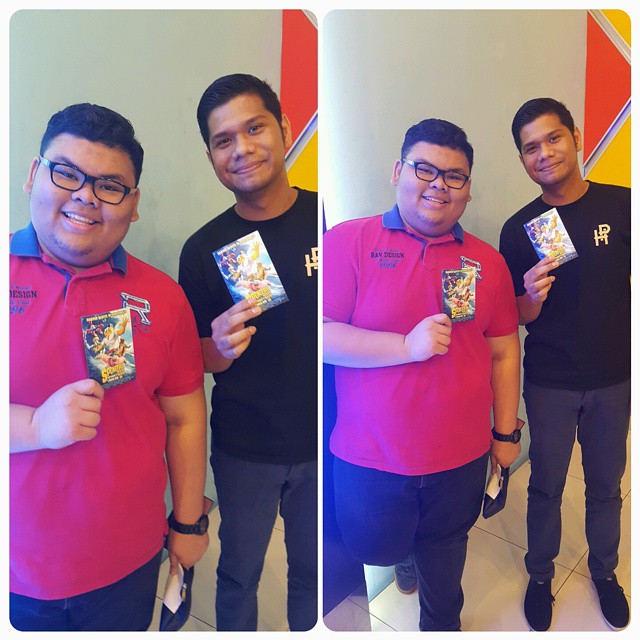