Malaysia’s creative and film community gathered at Seputeh Glasshouse for the premiere of The Ghost Bride – the first Netflix Chinese language original series produced in Malaysia. Shot in various Malaysian locations including Johor Bahru, Penang and Ipoh and produced by Revolution Media, this is Netflix’s first large scale collaboration in Malaysia with local talent and production teams, led by award winning directors Ho Yuhang and Quek Shio Chuan, together with showrunner Zainir Aminullah. 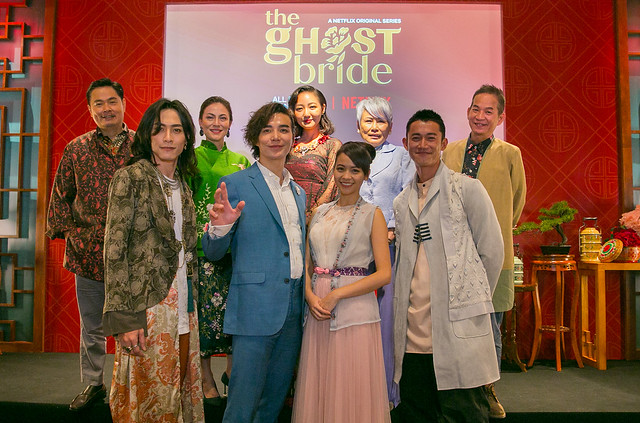 “It is amazingly liberating to work with a brand like Netflix that respects, supports and empowers artistic freedom. We are thrilled to have this opportunity to share this modern interpretation of traditional Chinese folklore and local stories with a global audience,” said director Quek.

“It was so inspiring to work with an international team of talented creatives from Malaysia, Singapore, Taiwan and the US,” said director Ho. “Even more so to be part of the team behind the first Netflix Chinese language original series to be produced in Malaysia”.

The Ghost Bride is an adaptation of a New York Times bestseller of the same name created by Malaysian novelist Yangsze Choo. The series brings together top talent from Malaysia, Taiwan, Singapore, and the US including head writer Kai Yu Wu, who is known for her work in smash hits such as Hannibal and The Flash. 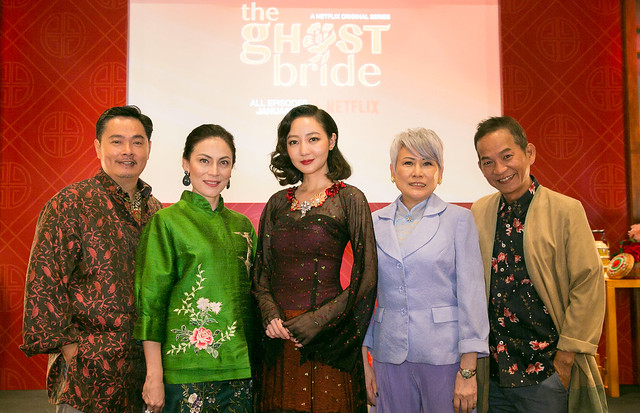 About The Ghost Bride

Based off of a book by Yangsze Choo.

In 1890s Colonial Malacca, Li Lan has been offered a marriage proposal from the wealthy Lim Family to become the “ghost bride” to their recently deceased son. Her family will be saved from a lifetime of debt, but she’ll spend the rest of her life being haunted by the Lim family’s son. Desperate to get out of this ghastly arrangement, she soon finds herself wrapped up in a murder mystery and embroiled in other-worldly affairs much bigger than she could have ever imagined.

We kindly ask you to include netflix.com/TheGhostBride in all your coverage.