Netflix and UN Women today launched “Because She Watched ” – a special Netflix collection of series, documentaries, and films to celebrate International Women’s Day. The collection, which will be available all year, is curated by female creators from behind and in front of the camera, who live all around the world – including Malaysia’s Fatimah Abu Bakar, Sophia Loren, Salma Hayek, Stranger Things’ star Millie Bobby Brown and Lana Condor from To All The Boys: P.S. I Still Love You.

“This collaboration is about taking on the challenge of telling women’s stories and showing women in all their diversity. It’s about making visible the invisible, and proving that only by fully representing and including women on screen, behind-the-camera and in our narratives overall, society will truly flourish,” said Anita Bhatia, UN Women Deputy Executive Director.

Created for International Women’s Day, whose official theme this year is “I am Generation Equality: Realizing Women’s Rights,” the collection celebrates the stories that have inspired the women who inspire us. These series, films and documentaries – Unbelievable, Luna Nera and Followers to Orange Is the New Black and Lionheart – have started important, often hard, conversations that have helped to challenge the status quo and the way we see the world.

“It’s important to see strong women characters on screen who defy the odds as they teach young women to stand up tall and overcome barriers. I felt the most empowered when I was involved in Maria, it mirrored my own life at the time and it was interesting to say the least to flit in and out of reality. The experience was truly enriching,” 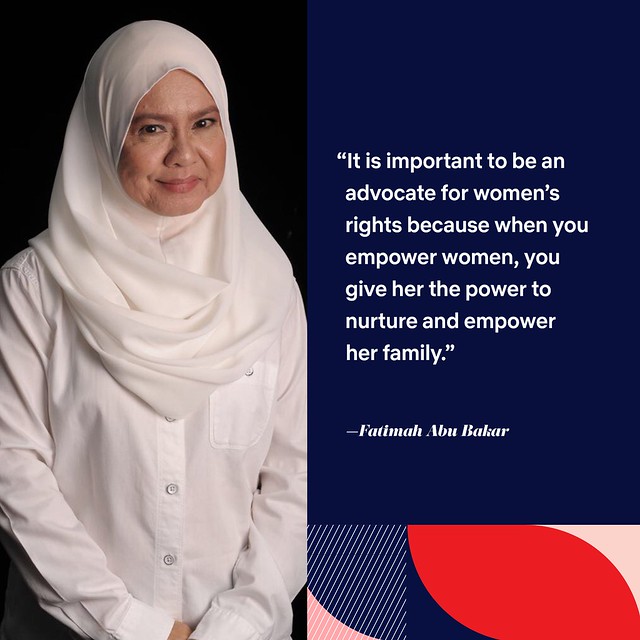 The collection is available at Netflix.com/BecauseSheWatched – or by searching “Because She Watched ” on Netflix.

Every title in the collection will be labeled “XXXX’s Women’s Day Pick” so members can easily see who picked which story. In addition, members will be able to choose from a selection of “Because She Watched” profile icons to celebrate their favorite female characters from the collection.

Fatimah chose Babies, a docuseries that explores a decade of groundbreaking science that reveals the emotional and astounding story of a baby’s first year of life – from first breath to first steps.

“Babies lets us peep into the exquisitely mysterious world of these complex little human beings and how both parents are immensely involved in the process of raising and caring for them.

It’s important to show that fatherhood is just as deep as motherhood,”

“TV and film have the power to reflect and shape popular culture, which is why we believe it’s so important that more people see their lives reflected in storytelling,”

“Our research has shown that inclusion behind the camera leads to greater inclusion on screen.

We’re encouraged that last year, 20% of the directors of Netflix original films were women and we are excited to celebrate these female creators on International Women’s Day.

There’s still more to do to reach equality, but by recognizing female talent from around the world, we hope more women will feel encouraged to tell their stories, pushing that number even higher.”

UN Women and Netflix’s partnership in support of the  Generation Equality campaign comes on the twenty-fifth anniversary of the Beijing Declaration and Platform for Action, recognized as a visionary agenda for women’s rights. We hope that it will spread the message that realizing women’s rights means putting women front and center to achieve gender equality.

Please find the women who curated the Because She Watched collection below:

“Women need to and must stand up for the rights of other women. The series brings to life the battle for justice that one woman fights on behalf of another, and the impact we can together make.”

“It takes resilience and courage to be yourself. The resilience to stand up to what society expects of you whilst never being the victim of other people’s expectations and the courage not to sacrifice who you are. This series left a strong impression with me because it deals with these themes.”

“A meaningful piece of work about the importance of women being heard. Director Lisa Cholodenko and writer Susannah Grant have created a riveting series by interweaving stories of different women – beautifully brought to life by an incredibly talented cast. This work is a reminder that women are precious and that our voices are essential in the fight for justice.”

“I chose Miss Americana because it followed a true story of a woman trying to navigate a difficult industry.”

“I chose Grace and Frankie because it champions the idea that women can be vibrant, active, entrepreneurs at any age. And celebrates the importance of female relationships.”

“Chewing Gum is one the most original comedy series of all time. Michaela Coel is hilarious and touching as a young, sheltered woman who longs for passion and adventure in her little English town. It’s wonderful to see such a talented, young woman of color create her own show.”

Netflix is the world’s leading streaming entertainment service with over 167 million paid memberships in over 190 countries enjoying TV series, documentaries and feature films across a wide variety of genres and languages. Members can watch as much as they want, anytime, anywhere, on any internet-connected screen. Members can play, pause and resume watching, all without commercials or commitments.

UN Women is the United Nations entity dedicated to gender equality and the empowerment of women. A global champion for women and girls, UN Women was established to accelerate progress on meeting their needs worldwide.