FEAR COMES TO YOUR NETFLIX SCREEN ON AUGUST 24TH, WITH GHOUL

All three episodes will be available at the same time to over 125 million Netflix members in 190 countries, including India. The trailer for the series launches on the 10th of July.

Ghoul, produced in partnership with Phantom Films, Ivanhoe and Blumhouse, stars Radhika Apte and Manav Kaul. This is Netflix’s first venture into the Horror genre in India. 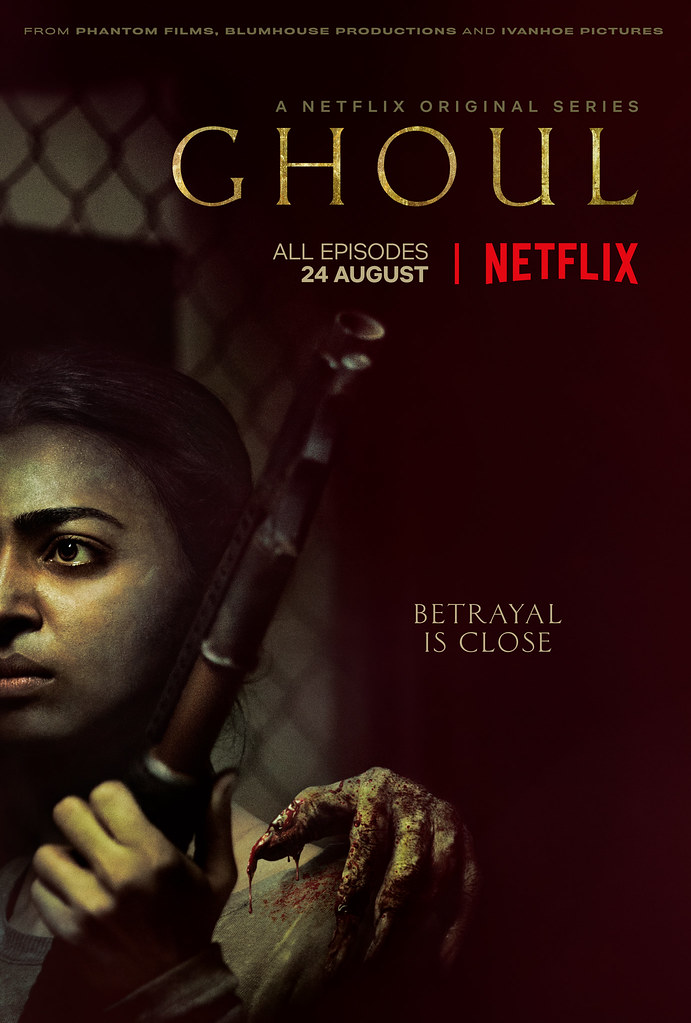 Simran Sethi, Director, International Originals said, “Ghoul is a thrilling horror series, both frightening and insightful. Its high production value, a chilling performance from Radhika Apte, and quality writing are sure to scare Indian and global audiences alike.”

Jason Blum (Paranormal Activity, Insidious, Get Out), Blumhouse, said “It has been a great experience working closely with Netflix and our partners at Phantom and Ivanhoe to produce Ghoul. This is Blumhouse’s first foray into the horror genre in India and we’re excited to share this project with horror enthusiasts around the world.”

Vikramaditya Motwane, Phantom Films, said, “Ghoul is a first in class, edge-of-your-seat horror series – that we are incredibly proud of. This is our second collaboration with Netflix (after Sacred Games) and yet another strong example of commitment towards high quality content. We are extremely proud of Ghoul – and cannot wait for audiences around the world to experience an elevated horror narrative from India.”

Kilian Kerwin, Ivanhoe Pictures, said, “Ghoul has been a collaborative effort to tell a story that is rooted in India, in a manner that will appeal to audiences around the world. Our goal is to create incredible entertainment that speaks to audiences from diverse cultures, and we’re very proud of this series, which is sure to be a must-watch in the horror genre globally.”

About Ghoul
From the makers of Insidious, Get Out and Udta Punjab – Ghoul is a chilling series about a prisoner who arrives at a remote military interrogation centre and turns the tables on his interrogators, exposing their most shameful secrets. You can fight the demons of this world but what about the ones that aren’t?

About Netflix
Netflix is the world’s leading internet entertainment service with 125 million memberships in over 190 countries enjoying TV series, documentaries and feature films across a wide variety of genres and languages. Members can watch as much as they want, anytime, anywhere, on any internet-connected screen. Members can play, pause and resume watching, all without commercials or commitments.