Malaysia’s Naquib Azlan produced the drive of his life to end the eRacing Global Edition with a BANG, winning the final leg of the Global Edition America at the RaceRoom – the Indianapolis GP.

Despite starting at the back end in the championship reverse grid race, Naquib burned rubber to gradually inch his way in the early proceedings to place himself in the top ten.

Championship winner, Muhammad Aleef from Singapore who wrapped up his championship triumph in the previous round, was involved in an unfortunate collision early on, which needed an extra stop to replace the front wing on his RaceRoom Indycar. The clash proved costly as Aleef had to settle for a mid-pack finish.

Meanwhile, Naquib was engaged in a battle at the front with Yevan David from Sri Lanka. Naquib would ultimately prevail with an aggressive 3-stop strategy to win quite comfortably in the end.

Singapore’s Jason Tay eventually came through in second place after passing David on the start-finish straight. It was Tay’s and David’s first podium of the year.

After the dust had settled on a wonderful racing season, Aleef confirmed his victory as the overall champion of the Gold Class category with 160 points followed by compatriot, Miko Nassi (112), and Naquib (99).

In other categories, Francis Matrillo from the Philippines won the Copper class while his compatriot, Zuriel Sumodobila emerged champion of the Bronze class and Singapore’s Jyn Mazvilton topped the Silver class.

With sport being at a premium due to the global pandemic, eSports – specifically eRacing – has filled the void, offering motorsports fans their regular fix of high octane action.

“The finale to the season witnessed an exciting conclusion which saw Naquib emerging champion with the overall title going to Aleef.

“Esports and eRacing have seen exponential growths this season with fans flocking to our RaceRoom platform to get their daily fix of sports. We saw interest spiking up during the global pandemic and we hope to capitalize on this newfound passion for esports.

“We hope to attract more new racing talents next season which will in turn drive our viewing figures in 2021,” said Alex Yoong, founder of Axle Motorsports, who are also the organizers of the Global Edition.

The culmination of the sixth and final round saw the Philippines emerge champions of the inaugural Nations Cup with 663 points followed by Singapore with 606 points and Malaysia with 545 points. 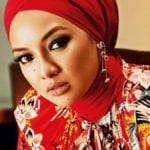 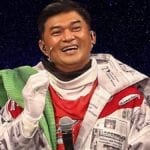