[dropcap]M[/dropcap]y Performing Arts Agency (MYPAA), the organiser behind the prestigious Royal Arts Gala, in collaboration with the National Department for Culture & Arts (JKKN) today announced that the inaugural Royal Arts Gala 2012 has raised a sum of RM760,000 to energise the collaborative partnerships for the creation and development of new arts ventures in Malaysia. The funds are now channelled to the ‘Tabung Amanah Kebudayaan’ under the purview of Ministry of Information Communication & Culture (KPKK) and JKKN. 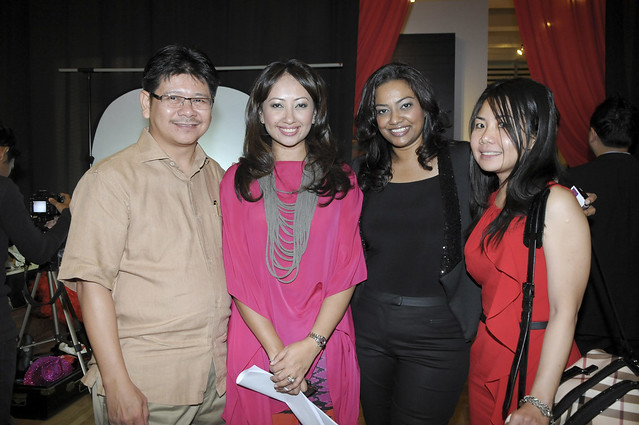 Exciting line-up of arts initiatives for 2013

The Royal Arts Gala, a fruitful partnership between MYPAA and JKKN, supported by the KPKK and Performance Management Delivery Unit (PEMANDU), is an initiative that is part of the country’s Economic Transformation Programme under the NKEA of Communications Content and Infrastructure.

MYPAA is a private and independent arts agency that is established to support the development of arts and culture in Malaysia by fostering and facilitating mutually beneficial collaborative partnerships between the public and private sectors and the performing arts industry. Ultimately, MYPAA aims to benefit everyone involved in the making and appreciation of the arts.

Both MYPAA and JKKN also share the same vision of “making arts a way of life”. Their objectives are to raise the profile of the performing arts and to support the growth of our arts and culture in Malaysia.

Thespians, producers and those in the performing arts industry who require subsidised assistance for their performing arts projects are encouraged to get in touch with MYPAA or JKKN. The National Creative Industry Policy defined performing arts inclusive of dance, music, theatre and musical theatre. These performing arts ideas will then be presented to the Green Light Committee, which is set up to assess on the viability of the projects prior to the release of grants or resource needed for the project. The Green Light Committee, made up of reputable members of the corporate and public sectors, will act as the gatekeepers to ensure that the proposals fit the requirements. The details for the grant will be made available on mypaa.com.my and JKKN’s website pursuant to Chinese New Year celebrations.

“Alone we can do so little, together we can do so much. Subsidised arts may not be common practice in Malaysia, but there’s a myriad of things happening and with the continuous support from both the public and private sectors, for example, a steady form of fund generation can be done on a yearly basis to provide the industry some assistance. The arts’ ability to nurture creativity and innovative thinking skills are essential for us to remain competitive in a global economy and this only reaffirms that performing arts is a critical factor to nurture and cultivate further in our country,” said Izan Satrina, Founder of MYPAA who also announced the exciting line-up of their 2013 arts eventful year that provides strategic opportunities for meaningful partnerships. The initiatives include the Borak Arts Series (an arts conference in March 2013), Karnival Seni Kreatif Kita (a nationwide arts and culture programme), The Royal Arts Gala and MY Arts Outreach Programme amongst others.

“Among the many initiatives we have rolled out in the country, those with the biggest impact are usually products that harness our uniquely rich multi-ethnic arts and cultural heritage. By bridging the gap between the three sectors (public and private sectors and the performing arts industry), coupled with proper nurturing, guidance and support, we can slowly but surely move to the next level of the value chain and work towards creating a conducive eco-system for creative practitioners in Malaysia. Just as Korea, China and India have continued to globalize their national arts identity, our country too has much to offer to the world. Our arts industry should be integrated into being a driving force of exports and to boost tourism in Malaysia,” said Izan Satrina further.

“The diversity of races and cultures in our country have given us a wonderfully rich arts heritage. There are many forms of arts which attest to this heritage, for example, we have many traditional Malay dances such as Joget, Zapin and Mak Inang; Malay music such as Keroncong and Ghazal, as well as the Boria and Dikir Barat. We also see many Chinese operas being performed in towns across the country. Young girls of all races learn the intricate movements of the traditional Indian dance, and Indian theatrical productions tell stories of love, jealousy and tragedy. We should indeed be proud of our cultural heritage and it is my hope that these dances, music and theatrical performances will continue to be a special part of our unique Malaysian identity. At the same time, we must also be aware and appreciate the arts and cultures of other countries, near and far. An appreciation for the arts of these countries can act as an impetus so that we are continuously reminded to improve our performances and perhaps break new ground.”

The announcement was made at MYPAA’s Client Appreciation Evening held to thank the support given by public and private stakeholders, and individual arts supporters to the strategic art initiatives rolled out in 2012, which included The Royal Arts Gala. Among the distinguished guests present were Ybhg Dato’ Norliza Rofli (Director General of JKKN), Shahira Ahmed Bazari (Senior Vice President Khazanah Nasional), Nazrin Hassan (CEO of Cradle Fund) and Johan Ishak (CEO of My Creative Ventures). 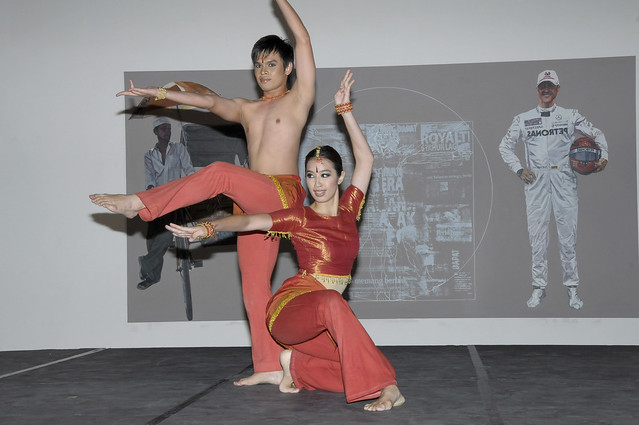 MYPAA’s appreciation evening was set in a cosy yet relaxed environment hosted by the charming Tony Eusoff and featured a stellar line up of Malaysia’s best young talents including award-winning dancers who have taught around the globe Suhaili Micheline and Mohd Yunus, BOH Cameronian Awards winner Stephanie Van Driesen, soulful vocalist of Broadway Dreamgirls Elvira Arul, In Perfect Harmony stage performer Joshua Gui, one of the only two Malaysian New York University Tisch School of the Arts graduates, multitalented composer songwriter Onn San and students of the Aurora Dance School. Over good food and drinks, pampering by A Cut Above, Bikyo, Hammam and Fliplet, all present had a fine time unwinding in pleasant company and conversations.

2013 Line-Up of Arts Events by My Performing Arts Agency

Borak Arts Series
Titled ‘Building Sustainability in Arts’, MYPAA will be hosting the special Borak Arts Series in Kuala Lumpur.
With Malaysia’s arts scene at its infancy stage, how do arts organisations and their leaders grow and sustain themselves? Is there an arts eco-system to support the performing arts industry, private and public sectors? The Borak Arts Series hoping to break boundaries will feature key leaders in the arts and business industry including artists, curators, critics and other thinkers of national and international standing, coming together to explore these questions. Among the topics to be discussed include ‘Importance of Arts and Culture in Malaysia’, ‘How Arts Changes Countries’, ‘How Arts Revitalises A City’ and ‘Where is my ROI- a Corporate Perspective’.

As seats are limited, attendees are encouraged to register in advance. Registration details will be announed on MYPAA’s website mid February 2013. 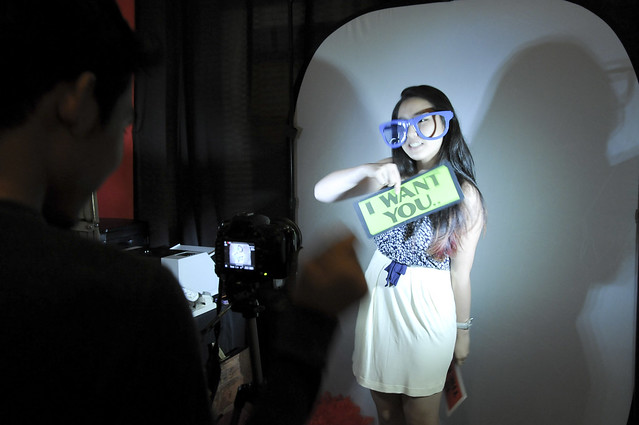 Karnival Seni Kreatif Kita*
The much awaited Karnival Seni Kreatif Kita is now scheduled on May 2013 in Johor. This initiative aims to bring greater awareness about the arts and culture among the public by making it more accessible to everyone. Headliners include ‘Cuci the Musical’, Starlight Cinema, ‘Lawar Ke Der’, Liyana Fizi, Azmyl Yunor, Monologue, Kyoto Protocol, Primitive Leap and many others. In addition, there are other arts activities such as the Scriptwriting Workshop by Mark Beau De Silva, Box of Delights Children’s Theatre, Cultural Peformance and Workshop, JOHO (Carboot Sale, Sukan Rakyat, Live Painting), MyHarapan (Projek Rabak, Pitch it or Ditch it, Coex Beatbox, Dumline by DFYA etc), Shakespeare Dymystified, Ukelele Malaya and the Malaysia Ukelele Group, Brazilian Capoeira with Escola Brasileira de Capoeira, flash mob with Suhaili Micheline and many more! 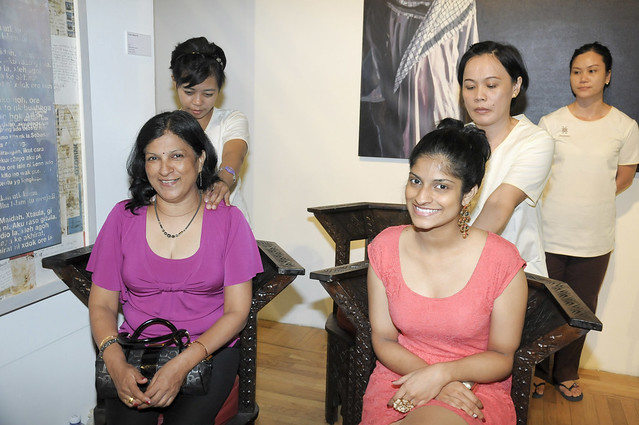 MY Arts Outreach Programme
This initiative is to promote arts appreciation at the school level and to ensure that the introduction of arts at Malaysian schools continues to thrive in nurturing the creative and innovative young minds. The programme also provides real opportunities to expose young students to the arts via MYPAA or its partners’ programmes. Interested parties are encouraged to contact [email protected]

“I believe that arts define our soul as a people, and as individuals we all have a role to play in nurturing and developing the arts. The love and passion for arts, just like sports, needs to start with the young. We want them to experience the richness of our nation’s cultural heritage, one-on-one, up-close and personal, not on TV. We want to show them that they can have a future in the arts community be it as a hobby, a profession, or even as an appreciative observer,” said Izan Satrina. 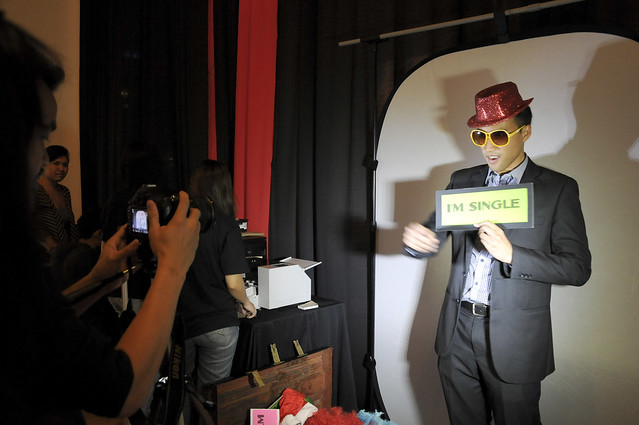 The Royal Arts Gala*
The Royal Arts Gala is positioned as an iconic annual arts event, an addition to Malaysia’s colourful calendar of events. This is an annual exclusive and significant event to raise the profile of the arts industry in Malaysia, to encourage the private sector’s involvement in the development of artistic and cultural efforts and also is a platform to raise funds and energise collaborative partnerships for the creation and development of new arts ventures in Malaysia.

*These Initiatives in the above line-up are part of the Malaysia’s Economic Transformation Programme (ETP) under the NKEA of Communications Content and Infrastructure and are organised in collaboration with the JKKN, supported by KPKK and PEMANDU. Parties that support these initiatives enjoy tax exemption.

About MYPAA
Founded in 2012, MYPAA is a privately owned arts agency with the express goal of supporting the continuing development of artistic and cultural efforts in Malaysia by bridging the gap between the public, private and performing arts sector due to the lack of dialogue between these 3 sectors. Mahatma Gandhi’s “Be the Change That We Want To See” sets out very simply the mission statement of this agency. MYPAA aims to create an ecosystem that supports an environment for creative entrepreneurs, nurture a diverse and highly skilled arts workforce and increase the number of people experiencing the arts. 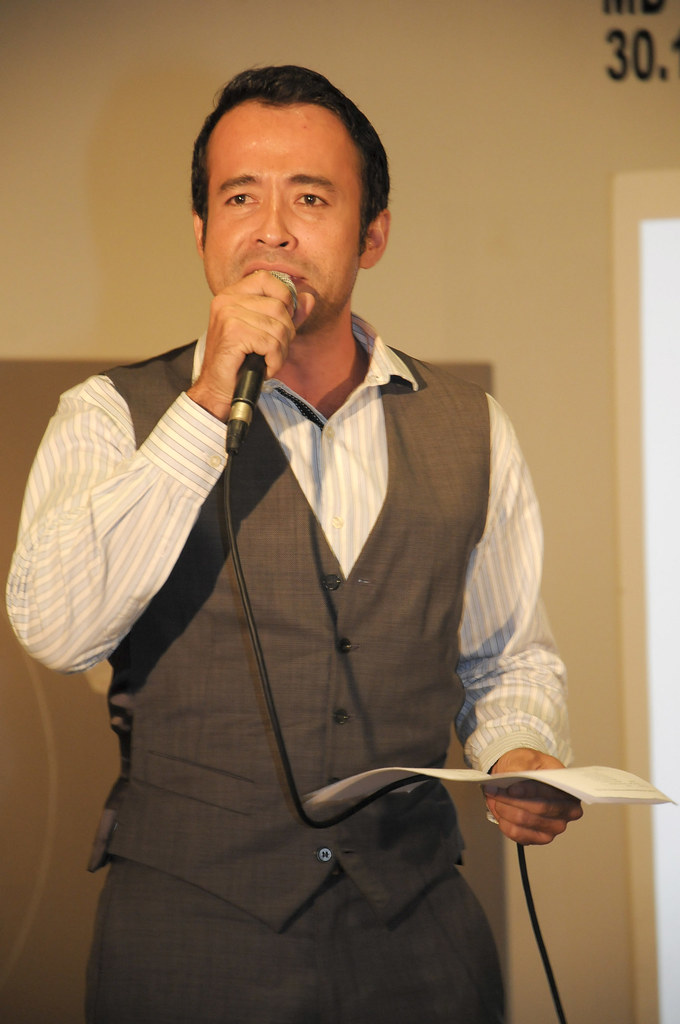 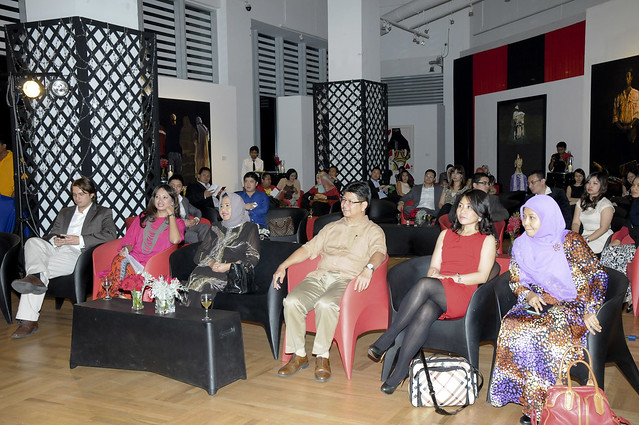 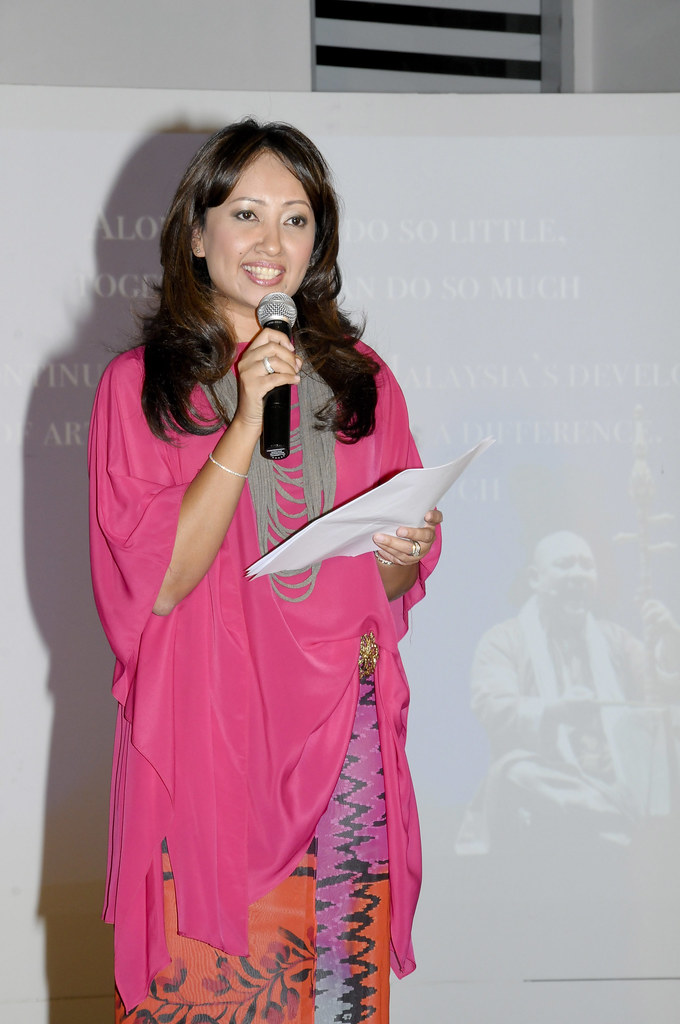 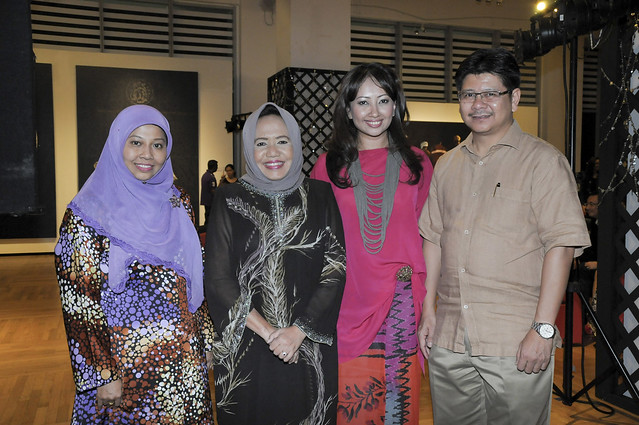 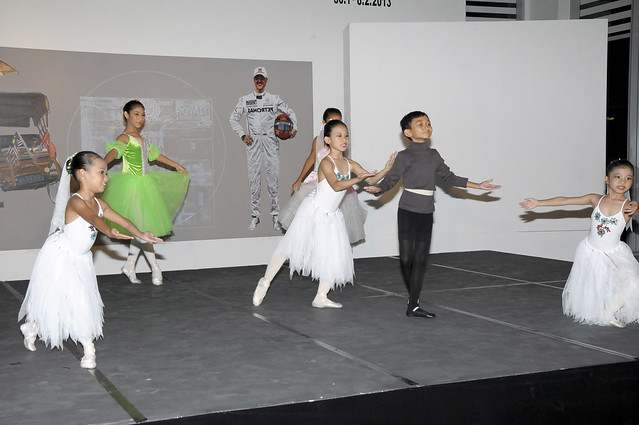 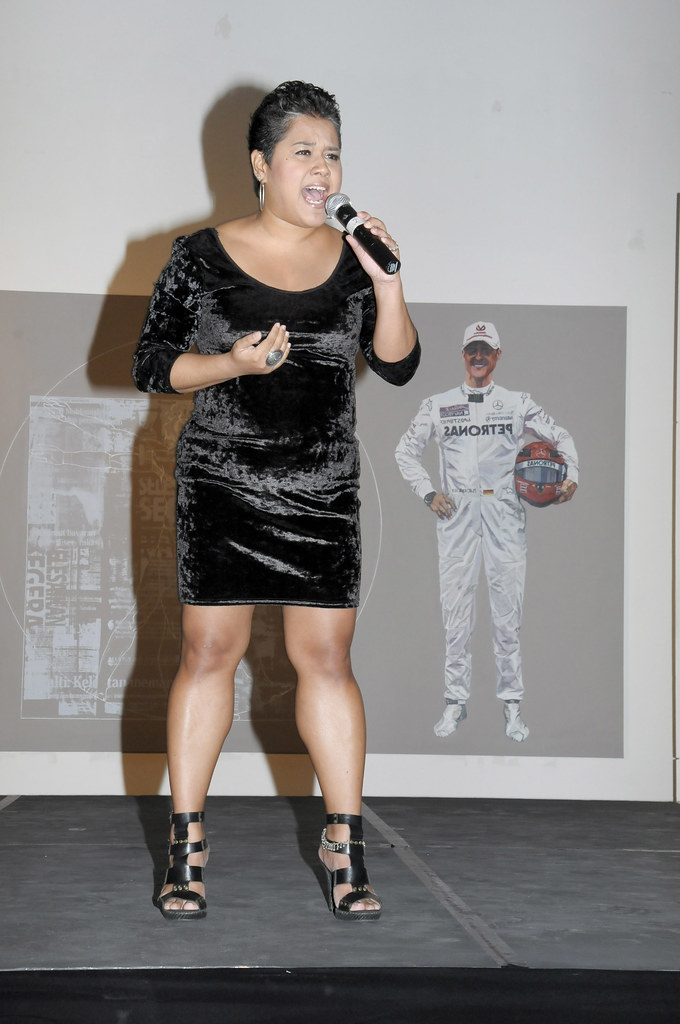 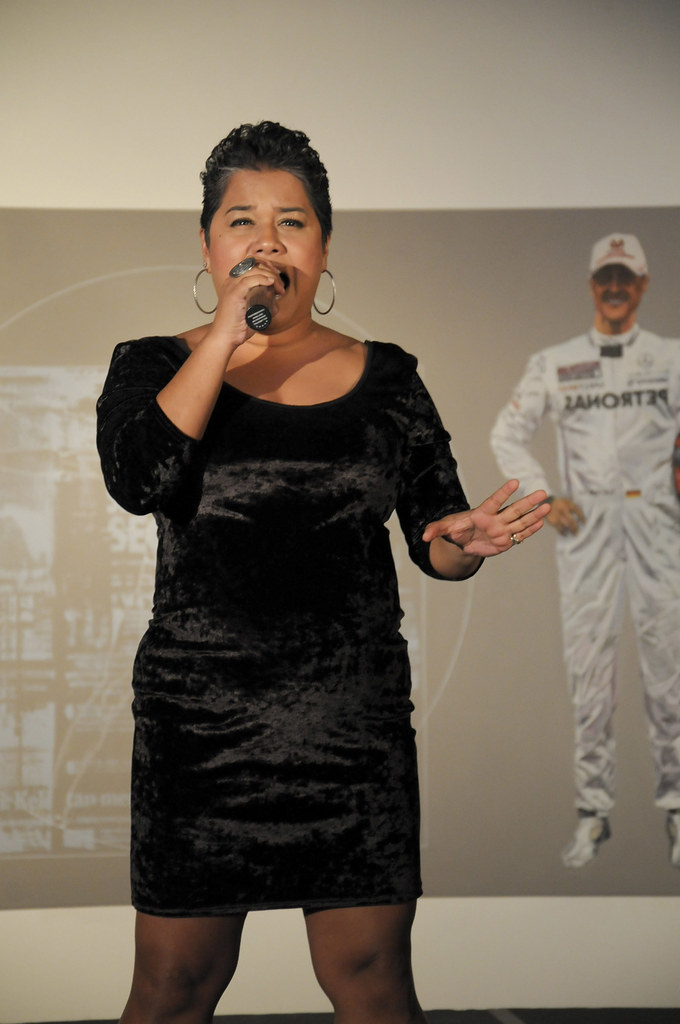