Get ready, Kuala Lumpur! MTV World Stage Malaysia is back – bigger than ever as MTV turns the lens on its fans with unprecedented fan offerings! MTV, a unit of Viacom Inc. (NASDAQ: VIAB, VIA), has officially announced MTV World Stage Malaysia is back for the seventh-year running. Recorded live for global telecast, the highly-anticipated outdoor event is set to take place once again at Surf Beach, Sunway Lagoon on Saturday, 12 September 2015. The event will feature a line-up with five acts to be announced in the coming weeks including two international acts, two regional acts and one #MostWantedMalaysia act who will all join the MTV stage. MTV VJs Alan and Hanli will reprise their roles as the event’s hosts. 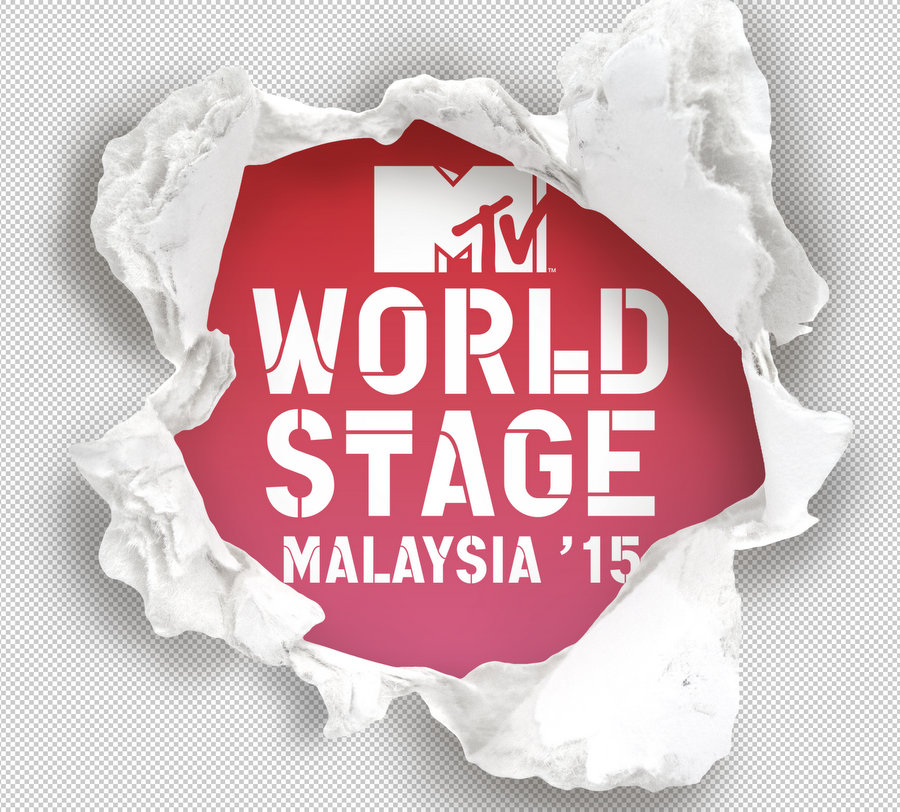 Additionally, MTV announced it will launch a new Asia multi-platform campaign MTV Breaks ignited by Xpax, which gives talented millennials across Asia* the chance to kick-start a career in the creative industries by offering life-changing opportunities through a mentorship stint** on MTV World Stage Malaysia 2015. Launched globally at last year’s MTV EMA, it is the first time this highly successful property aimed at creating economic opportunity for talented millennials, is being launched with an Asia version in the region.

“MTV WORLD STAGE MALAYSIA 2015” TURNS THE LENS ON FANS AS IT RETURNS ON 12 SEPTEMBER
FIVE ACTS TO BE ANNOUNCED, INCLUDING A #MOSTWANTED MALAYSIA ACT

Tweet it: [email protected] #worldstagemy is back! Its biggest yet – 5 acts expected and fan offerings like #mostwanted #malaysia act & #mtvbreaks

MTV Breaks by Xpax is offering big ‘breaks’ to three talented, young creatives who will get the opportunity for a stint as a photographer, multimedia content creator or motion graphics designer at this year’s event. The selected candidates will be mentored by experts within the industry and the MTV team. Selected candidates will have their work featured on various MTV platforms.

For more information on how to apply, visit worldstage.mtvasia.com from 16 July. The deadline for entries is 13 August.

In another offering to turn the spotlight on fans, MTV is presenting an opportunity for up and coming Malaysian acts to showcase their talents as Malaysia’s #MostWanted Act at MTV World Stage Malaysia. Local artists or bands keen to participate can submit their interest via worldstage.mtvasia.com from 13 – 26 July. From 30 July – 14 August, fans can show their support by hashtagging their preferred local band or artist they want to see perform at MTV World Stage Malaysia 2015. Based on fans’ votes and other performance criteria, Malaysia’s #MostWanted Act will perform as the opening act at the show.

“Each year, the MTV World Stage Malaysia is a spectacular, multi-platform music experience for our audiences in Malaysia and around Asia. Our focus this year is to build upon fan engagement, local talent support through new initiatives and to bring the most unique spectacle with a line-up of international, regional and local acts – presented through a powerful, talent-driven production only MTV can deliver,” said Paras Sharma, Vice President of MTV & Digital Media, Viacom International Media Networks Asia. “We’re thrilled the eyes of the entertainment world will be on Kuala Lumpur, with Sunway Lagoon as the perfect backdrop for the MTV World Stage Malaysia in its seventh year. Get ready Kuala Lumpur, for a bigger experience this year.”

MTV World Stage Malaysia 2015 is presented by Sunway and supported by Tourism Malaysia. In Malaysia, it is ignited by Xpax, brought to you by Brickfields Asia College, Watsons and supported by local broadcast partner, Astro.

The free-entry*** show is recorded live for global telecast under the MTV World Stage global series, which bring multi-genre talents with global relevance, to an international audience of more than three-quarters of a billion households in over 160 countries. The global series showcases the most exclusive gigs, world renowned music festivals and unique concert locations from around the world, providing music lovers the ‘front row seat’ to experience the biggest artists on the globe without leaving the comfort of their sofas. The Malaysia show is MTV’s first originally-produced MTV World Stage event globally, which started in 2009.

“MTV World Stage Malaysia 2015 will be yet another thrilling collaboration with Viacom International Media Networks, combining extraordinary talents and a unique venue to bring world-class entertainment to audiences across Asia. It has been a spectacular journey with Viacom and we can look forward to more exciting chapters of our long-term partnership with the opening of the Nickelodeon-themed attraction in Sunway Lagoon later this year,” said Dato’ Ngeow Voon Yean, Managing Director, Property Investment Division, Sunway Group.

“We are thrilled to be collaborating with MTV through MTV World Stage Malaysia 2015 for the seventh year since it was first introduced in 2009. In conjunction with this, we are sponsoring MTV Breaks ignited by Xpax, which offers talented millennials across Asia the opportunity to kick-start a career in the creative industries through life-changing prospects via a mentorship stint. This exemplifies our way of encouraging young creative talents to shine at their finesse on this international stage. In addition, 25 lucky winners can now win passes to World Stage 2015 way before the actual release of the passes, just by participating in the Road to World Stage. The winners will not only have the opportunity to watch their favourite artist perform, but they will also be interviewed by MTV VJs Alan and Hanli. Stay tuned to www.xpax.com.my or Facebook.com/xpaxfb coming to you soon.” said Zalman Aefendy Zainal Abidin, Chief Marketing & Sales Officer of Celcom Axiata Berhad.

“Malaysia is pleased to host the MTV World Stage again. We look forward to welcoming the international fans and K-pop artistes to Kuala Lumpur, a city where a wide range of entertainment awaits them. From neighborhood pubs to vibrant night clubs headlined by international deejays, nightlife here is definitely a moment to cherish. Adding to these are a veritable treasure trove of diverse cultures and friendly people, culinary delights, lively bars, world-class restaurants, fascinating festivals, fun-filled theme parks and great shopping facilities. Therefore, we sincerely invite you to Malaysia for the MTV World Stage. Enjoy year-long programme of non-stop cultural discovery and festivity that reflects a celebration of diverse lifestyles of Malaysia.” said Dato’ Mirza Mohammad Taiyab, the Director General of Tourism Malaysia.

“We are excited to engage Malaysian youth via our partnership with MTV. As MTV World Stage is one of the most anticipated concerts in the Malaysian music calendar, it is an ideal platform for us to reach out to our young customers. We strongly believe that this event will appeal to our audience due to the presence of high quality local and international acts and we see a long-lasting synergistic partnership as MTV revolutionizes music the way we revolutionize education” said Raja Singham, Managing Director of Brickfields Asia College. “As part of the concert hype, we will be organizing a plethora of fun activities such as competitions and social media campaigns where students will stand to win exclusive MTV World Stage passes, which are not available for sale to the public. We are thrilled with this association and are highly confident that MTV will produce an event which will be etched in our collective memories.”

“We are excited to be part of this global music festival. Watsons appeals to all ages and what better way to celebrate looking good, feeling great with Watsons VIP members than to reward our card members with this exciting event together with MTV Asia. This is only part of many rewards our card members can look forward to during the exciting 5th anniversary campaign of Watsons VIP Member Card in Malaysia,” said Danny Hoh, Head of Marketing, Watsons Malaysia.

MTV World Stage passes are not for sale and may be won by fans through game contests that will open on 28 July. Details will be announced in the coming weeks.

In the weeks ahead, fans can get direct information by following MTV Asia on Facebook, Twitter and Instagram for news updates on MTV World Stage Malaysia 2015.