MTV today announced its weekly socially connected music and lifestyle show, The MTV Show is returning for a third season on 5 April and airs every Saturday at 10.30am (WIB), 11.30am (SG/HK) and 12.30pm (MAL). Hosted by MTV VJs Alan and Hanli, and produced by Sari Trisulo, each 30-minute episode puts viewers on the inside-track, connecting them with the latest in pop culture, movies, and the stars that move and shake up the music scene. Viewers can also catch the show online at www.mtvasia.com/themtvshow where new episodes will be made available every Monday. 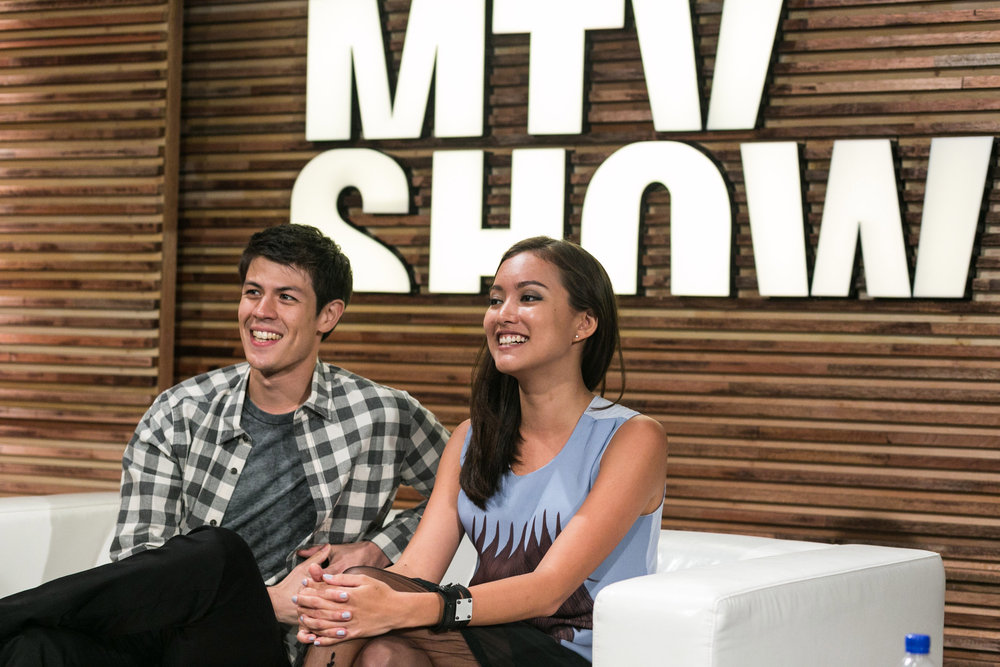 The MTV Show Is Back For Season 3! More Social Than Ever!

[dropcap]T[/dropcap]he MTV Show continues to remain close to its millennial audiences through active social media engagement, allowing viewers to shape and determine the type of content that is aired. Besides presenting the latest music from chart-toppers, the show will also feature more Instagram music video requests from viewers. Over 4,000 Instagrams tagged with #themtvshow were received in season 2.

The latest season sees the introduction of a new segment “Say What?” helmed by VJ Hanli. Viewers get to submit questions, talking points or trending topics for discussion via the show’s Facebook, Instagram and Twitter platforms. Hanli will then pick out the most topical social trends and break them down on the show with her network of celebrity friends, well-known bloggers, personalities, opinion leaders and experts in the regional entertainment scene.

[pullquote]In addition to dishing out news on upcoming flicks and developments in the movie industry, VJ Alan will be putting a fresh spin on how movies are critiqued in his “Nice Guy Movie Review” segment. Viewers will also get to see him showcase his acting chops as he serves up alternative plot lines and endings to iconic movie scenes. New “Say What?” Segment Featuring Regional Lifestyle Influencers Premieres on Saturday, 5 April at 10.30am (WIB), 11.30am (SG/HK) and 12.30pm (MAL)[/pullquote]

To kick off the new season, fans are invited to take part in two live Twitter chat sessions with Alan and Hanli, taking place on 2 April from 8pm to 9pm (SG/HK/MAL) andduring the show’s premiere on 5 April from 11.30am to 1pm (SG/HK/MAL) by tagging their burning questions and comments with #themtvshow.

Instagram music video requests – where the most creative Instagram dedications of fans’ shout outs to their friends and loved ones will be discussed and featured on the show every week.
Interaction with VJs Alan and Hanli – through the show’s Facebook, Instagram and Twitter platforms where fans can expect to see sneak peeks, behind the scenes photos, and video clips of what the VJs are up to during the course of the season.

Say What? – hosted by well-connected social queen bee Hanli, this is a brand-new ad hoc segment under the Wildcard belt where fans leave their comments on the show’s social media channels and suggest interesting topics worth exploring on the show. Hanli leaves no stone unturned as she investigates the hottest trends, juiciest rumors and other pop cultural oddities with her friendsand gossip authorities from the regional entertainment scene.

[pullquote align=”right”]Nice Guy Movie Review – Alan gives audiences the latest movie news and offers a new take on movie reviews as he tries to break out of his habit of being a nice movie critic. He also puts on his acting hat to act out alternative movie moments and spoofs of film stars.[/pullquote]

Artist interviews and studio performances – the VJs continue to explore popular music events in the region and give fans the lowdown on the hottest artists they should tune in to. The People’s List (working title) – In a listicle-style wrap up for each episode, this is MTV’s honour roll determined by fans’ opinions on what should be on top of everyone’s radar. To check out what the VJs have to say about the new season, click HERE and HERE.

Please scroll down to view an infographic containing interesting facts about the show.

The MTV Show will be shot at Resorts World Sentosa’s Waterfront Studio, a purpose-built TV studio located at the waterfront of the 49 hectare mega-resort in Singapore. Fully treated for the best acoustic performance with state-of-the-art technology, and equipped with the latest in audio, lighting and full HD camera systems, the studio space is optimal for production recordings with a live audience.

Interview opportunities with VJs Alan and Hanli and producer Sari Trisulo are available upon request. 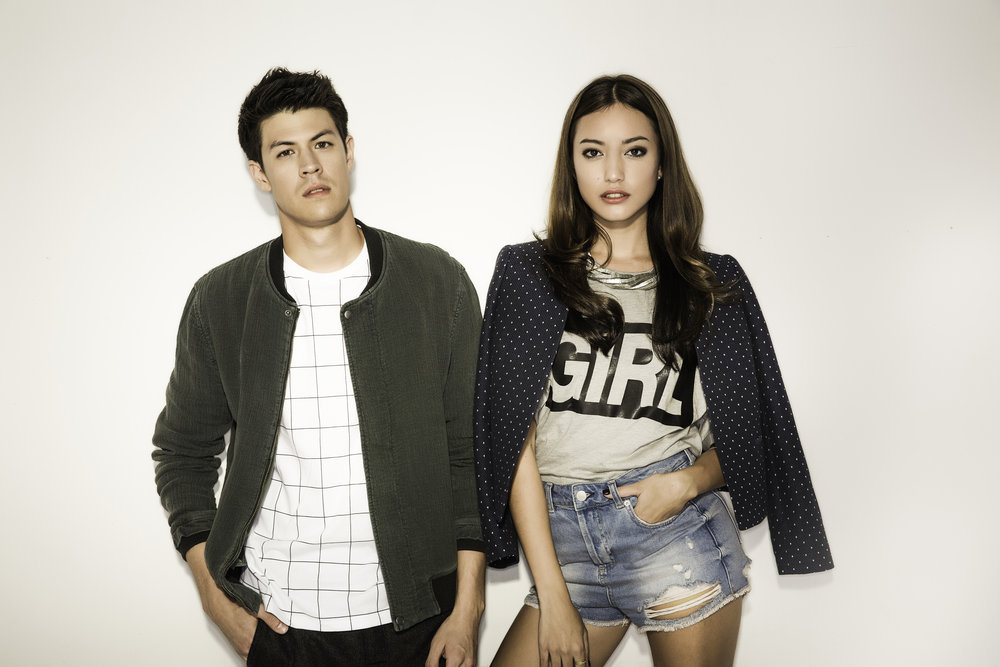 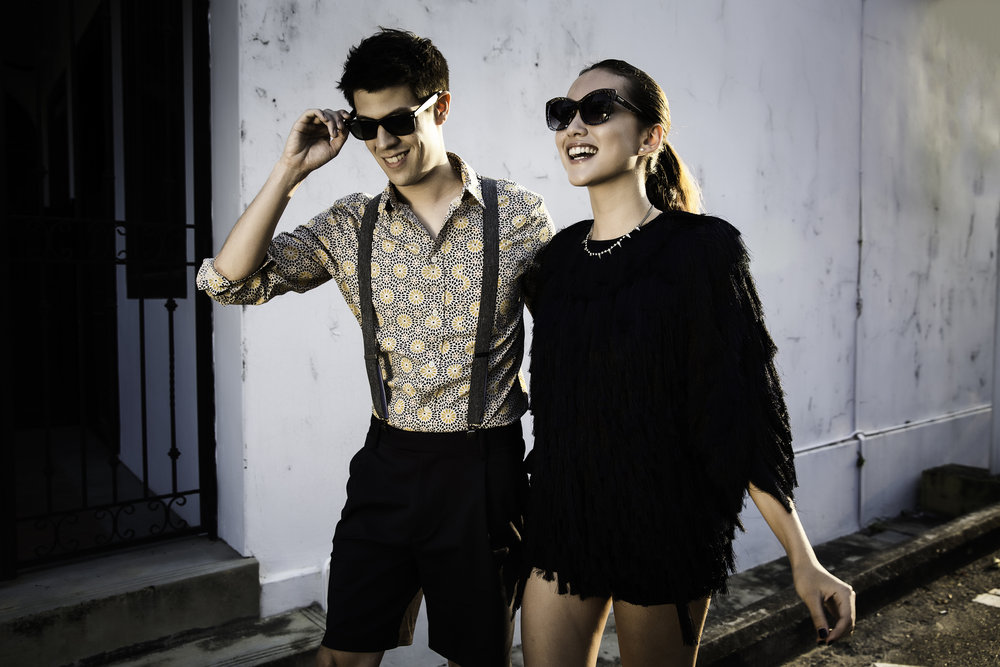 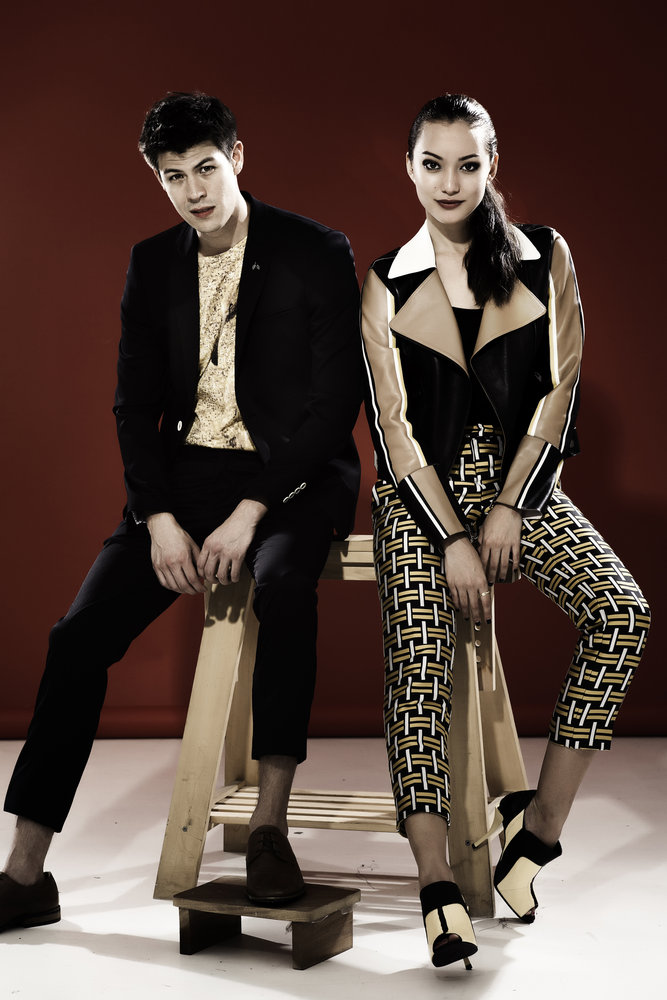 MTV is the world’s premier youth entertainment brand. With a global reach of more than a half-billion households, MTV is the cultural home of the millennial generation, music fans and artists, and a pioneer in creating innovative programming for young people. MTV reflects and creates pop culture with its award-winning content built around compelling storytelling, music discovery and activism across TV, online and mobile. Outside of the United States, MTV is part of Viacom International Media Networks, a division of Viacom Inc. (NYSE: VIA, VIA.B), one of the world’s leading creators of programming and content across all media platforms. For more information about MTV in Southeast Asia, visit www.mtvasia.com. 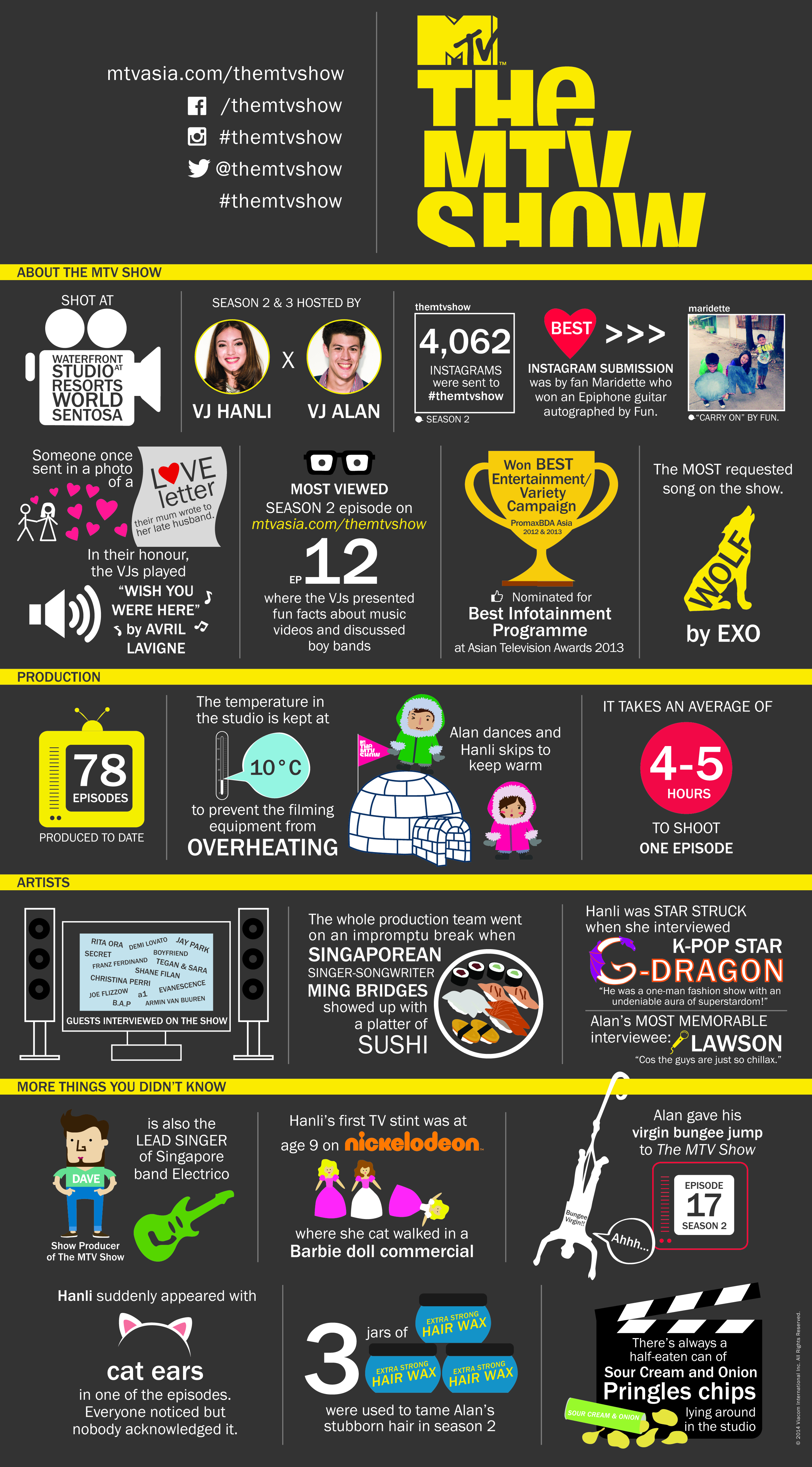