Spectacular turnout for Animax Carnival Malaysia 2015 and the inaugural, sell-out Animax LIVE Concert. Animax Carnival Malaysia 2015, in its fourth successive year, drew to a close on Sunday with an astounding turnout of more than 25,000 visitors, making this the most successful carnival yet. Ardent anime fans arrived as early as 7am – three hours before the start of the carnival – to be amongst the first at the carnival.

The annual flagship event organised by Animax (Astro Channel 715) and Astro, was held on 28 and 29 March at Sunway Convention Centre. The two-day event was a fun showcase of the Japanese anime culture, packed with engaging anime-themed activities. In addition to the carnival, Animax also held the first-ever Animax LIVE concert, which featured three popular Japanese anisong artistes May’n, Mami Kawada and ELISA.

More than 1,300 fans who attended the sell-out concert on Sunday, 29 March were treated to a glitzy two-hour music performance featuring familiar tunes from hit anime series such as The irregular at magic high school, VALVRAVE The Liberator, Tokyo Ravens, Accel World and Inari, Kon Kon. The atmosphere of the concert hall was livened up by exhilarating performances and the constant cheer from fans. 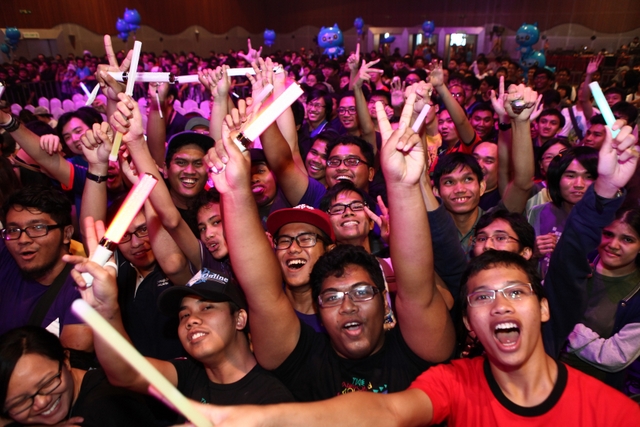 The show kicked off with Mami Kawada, who blew her fans away with upbeat tracks such as Hishoko no Sora from anime series Shakugan no Shana. Fans continued to rock the hall as ELISA took the stage with REALISM, the ending theme for blockbuster anime VALVRAVE The Liberator. May’n, who was the last to perform, delivered a mesmerizing performance of Northern Cross, the song that brought her to fame.

Beyond the concert, the world of anime was brought to life through interesting activities such as the anime art gallery, experience zones, Japanese-themed game booths and the annual Animax Cosplay Competition.

This year, the Animax Cosplay Competition gathered participants from across the country to compete in the solo and group category. The highly-entertaining and intense battle saw cosplayers dishing out creative costumes and performances for cash and prizes totaling US$1,000.

To complete the Animax Carnival experience, fans were able to purchase from an extensive range of original anime merchandise, direct from Japan, from Animax favourites such as Fairy Tail and Hunter x Hunter.

“Animax Asia aims to be more than just a television channel; we want to engage the anime community and viewers in Malaysia on a personal level through events like the Animax Carnival. This year, the event has reached a new milestone with the immensely successful Animax LIVE Concert. We are very encouraged by the huge turnout and the positive feedbacks that we have received. Our efforts to deliver the best anime content will not stop here, fans can look forward to refreshing and exciting developments on the channel for the rest of the year,” said Virginia Lim, Vice President, Asian Content, Networks, Asia, Sony Pictures Television.

Animax Asia is available in Malaysia through Astro Channel 715; viewers can also catch the latest Japanese anime series at their own convenience via Astro’s video on demand service Astro Plus.

About Animax Asia
Launched on 1 January 2004, Animax is Asia’s first channel brand specializing in Japanese animation – anime. Animax offers a wide variety of anime programs from across the most popular genres including action, romance, horror, supernatural, sci-fi, comedy and slice-of-life.
Animax is home to some of the biggest anime titles in the world that enjoy great following across the region. In addition, the channel created TV history in April 2009 by becoming the world’s first regional broadcaster to air an anime series at the same time as Japan and followed that with six other simulcast anime series. Currently reaching 40 million viewers in 46 million homes across 17 markets in Asia, Animax aims to offer anime programming for everyone.
Beyond television screens, Animax also actively engages its audiences at local events, including its signature Animax Carnival that has rolled out in Malaysia, the Philippines, and Taiwan. See www.animax-asia.com for more.
About Astro Malaysia Holdings Berhad
Astro Malaysia Holdings Bhd is a leading integrated consumer media entertainment group in Malaysia and Southeast Asia with operations in 4 key businesses: pay-TV, Radio, Content and Digital. Astro today has a 62% penetration of TV homes in Malaysia or 4.3 million residential customers. Astro broadcasts 184 channels including 48 HD channels, delivered via DTH satellite TV, IPTV and OTT platforms. Fulfilling its promise to bridge the digital divide for all of Malaysia, Astro has introduced NJOI as the country’s first non-subscription based satellite TV service. It is the leading aggregator, creator and distributor of original multi-language content of various genres across multi-channels. Astro Radio includes Malaysia’s highest rated stations across key languages and is available on both terrestrial and digital channels, reaching approximately 12.9 million weekly listeners. Its digital arm is involved in digital publishing and publication of entertainment and lifestyle magazines locally. For details, log on to www.astro.com.my.