MAY 25TH ANNIVERSARY CELEBRATION CONCERT 29 MAY 10.30PM
CLASSIC ROCK AT ITS BEST!!!

May comprises of four members, Mus (vocals), Man (drums), Ash (guitar) and Yus (bass) and was formed in May 1986 and is a group that has managed to remain intact and survive longevity. The early history of the rise of this band was when they became champions at the Hollywood Rock ’86 East Malaysia Competition. The group has since recorded 14 albums from 1986 to 2006. 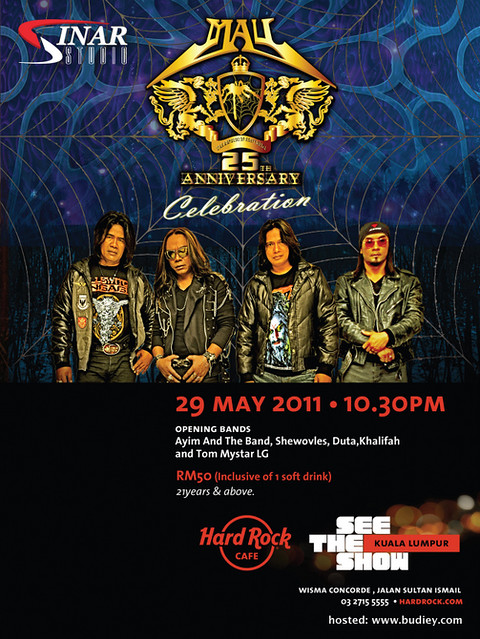 The 25th Anniversary concert at Hard Rock will also feature bands and artists – Ayim and The Band, Shewolves, Tom “Mystar LG, Duta and Khalifah as opening acts to the legendary Group. The opening acts will perform May’s song in their own inimitable way. May will also be selling their CD Album, Box Set Limited Edition discography and merchandise at the 25th Anniversary concert.

“We are honoured to be given this opportunity by Hard Rock Café Kuala Lumpur to celebrate our 25th Anniversary with our fans. We promise our fans that they will not be disappointed as we have planned for a high energy exciting show that will be remembered by our fans, ” said Mus, May’s vocalist.”

Don’t miss this chance to catch one of Malaysia’s undeniably talented legendary rock group. Cover charge for MAY’s 25th Anniversary Celebration Concert on 29th May is RM50 ( inclusive of one soft drink) 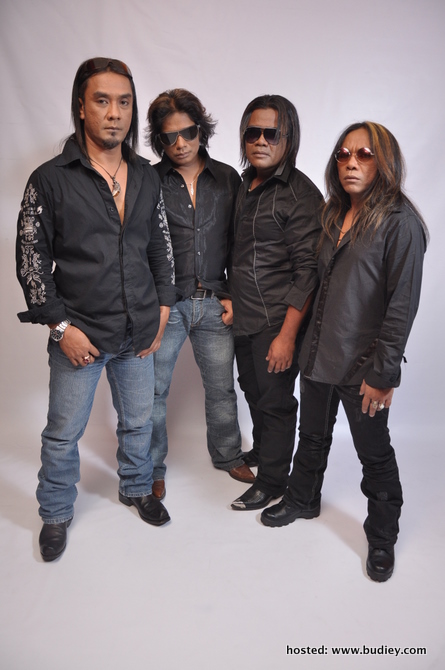