Star Wars fans nationwide will be thrilled to know that TGV Cinemas is the premier destination to catch the latest addition to the Star Wars saga: The Last Jedi. An exclusive IMAX 3D screening of the much-awaited Star Wars: The Last Jedi will be held on the 13th of December at Sunway Velocity Mall, where fans will get to enjoy the sights and sounds of TGV Cinemas’ Lightspeed Lounge. The by-invitation-only event will host selected members of TGV Cinemas’ MovieClub, partners, VIPs and media. 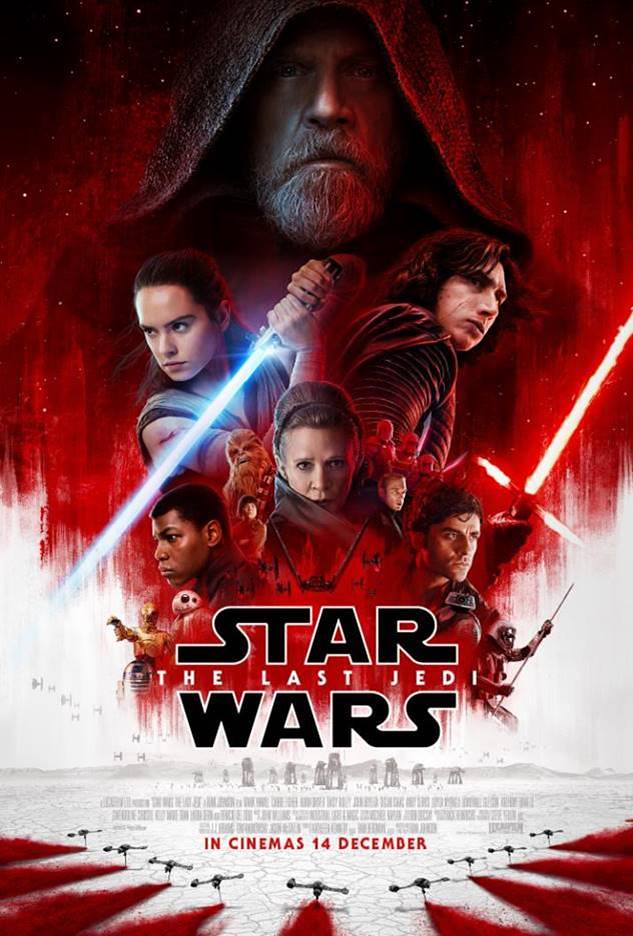 This festive fanfare will feature a two week long exhibit inspired by Canto Bight – a playground for the rich and famous depicted in the movie. There will also be a Star Wars-themed fashion show, a string quartet performance, a lightsaber combat routine, costumed characters, PlayStation VR gaming, a freeze-cam photo booth and a buffet where guests will be treated to gastronomic delights from INDULGE, TGV Cinemas’ gourmet movie experience.

The general public will also be able to enjoy the delights of TGV Cinemas’ Lightspeed Lounge after the exclusive screening, where food and beverages will be on sale. TGV Cinemas’ MovieClub members will of course be entitled to a discount.

Advance ticket sales for The Last Jedi started on 17th November 2017 and every purchase of more than 4 IMAX tickets entitles moviegoers to enter a contest to win a limited edition set of Star Wars Funko Pop figurines.

The TGV IMAX movie theatres are the ultimate movie experience, with unparalleled visual clarity, earth-shattering sound and stadium-style seating coming together to create the world’s most immersive cinematic adventure.

TGV Cinemas’s Head of Operations, Mr. Mohamad Kabir also added that “The ‘exciting premiere of The Last Jedi will cap the launch of TGV Cinemas’ Home of the Heroes brand, which positions TGV Cinemas as the home of everyone’s favourite pop culture movie heroes, be it from Star Wars, DC or Marvel, all under one roof.”

Be sure to catch Star Wars: The Last Jedi at a TGV Cinemas near you. Check out www.tgv.com.my or call 03 26615368 for more information. #tgvcinemas #starwarsthelastjedi #homeoftheheroes