THE ACCIDENTAL DETECTIVE 2: IN ACTION recently opened in Korea and clinched the #1 Box Office position for 2 consecutive weeks!

The geeky trio is set to bring non-stop laughter to audience in this crime-solving film. 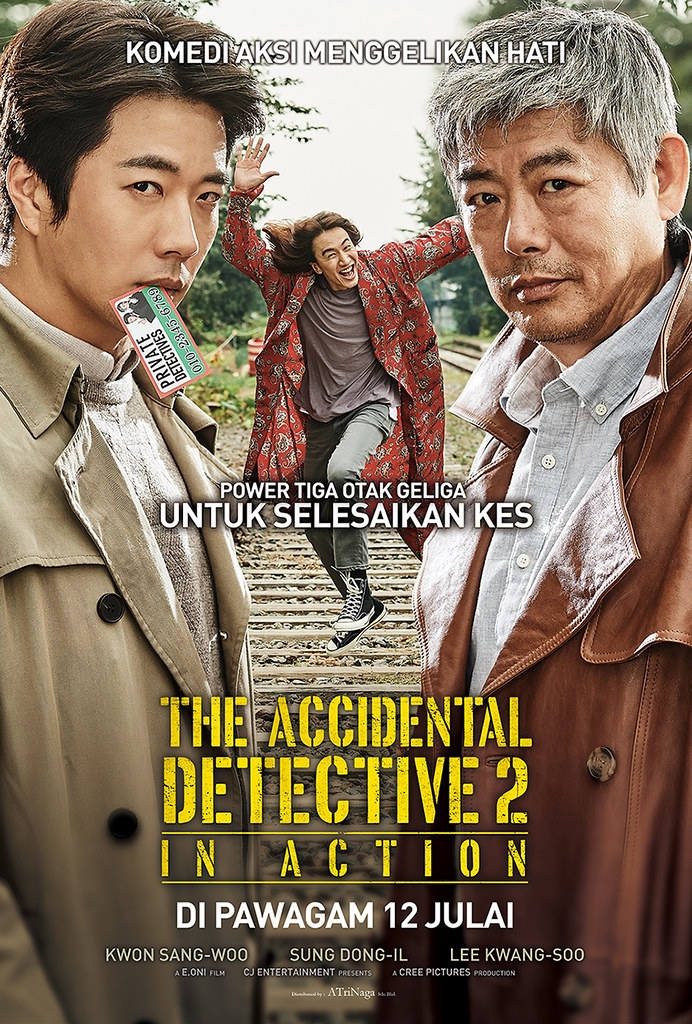 Synopsis THE ACCIDENTAL DETECTIVE 2: IN ACTION

A comic book storekeeper, Dae Man, and the legendary homicide detective, Tae Soo, who met on the previous case quit their jobs to open a private detective agency.

Despite their high hopes, they soon find themselves with only trivial cases such as spouse infidelity, unpaid debt, and missing cats.

Then one day, a woman walks into the office, wanting to find the truth behind the death of her fiance. Not only that,she also offers them a handsome reward of 50,000 dollars.

Dae Man and Tae Soo see it as an opportunity to put their true detective skills to work.

They bring onboard a third member, Yeochi, a Mensa genius and a small-time online private eye, and together they launch a full-fledged investigation on the case.

As they dig into what initially appeared to be a straightforward case, a disturbing new piece of evidence turns up.