Although I have been to Europe a few times before, I have never been to Germany. Hence, last summer, I made sure Germany was in my must-to-visit list. I took an overnight train from Amsterdam to Berlin, the capital city of Germany and the view was breathtaking as I watched the sun set over the horizon of vast lush German countryside.

Arriving early in Berlin, I headed straight to my hotel, Courtyard by Marriott Berlin City Center. The hotel was gracious enough to allow me for an early check-in. Courtyard by Marriott Berlin City Center is conveniently located in the heart of Germany’s capital between Potsdamer Platz and Alexanderplatz and has been operating since 2005. Just a walk away, you may find Berlin’s main attractions, such as the famous Friedrichstrasse with the legendary Checkpoint Charlie, the Gendarmenmarkt and the Nikolaiviertel. 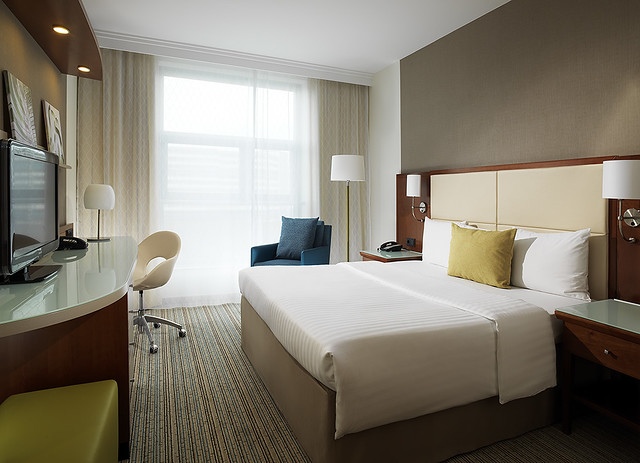 This comfortable and elegant hotel has an in-house restaurant, Oléo Pazzo which serves delicious Mediterranean cuisine. It is very convenient to move around from the hotel as it is close to the Spittelmarkt station of the Berlin U-Bahn or “underground railway”.

One of the interesting places I visited in Berlin was PANORAMAPUNKT which is located on the top floor of the Kollhoff Tower in the Potsdamer Platz square, it offers one of the most impressive 360º panoramic views over Berlin. Another beautiful site of Berlin is Gendarmenmarkt which is a square that houses the Konzerthaus and the French and German Cathedrals. One can’t help but notice, the impact and remnants of the World War II on this historical city. Most of this city was destroyed during the war and has been rebuilt.

Being a huge buff of the history of World War II, visiting Checkpoint Charlie and remnants of the Berlin Wall at the Berlin Wall Monument was a real treat. It was such a surreal moment for me as I grew up learning about East & West Germany and the significance of the Berlin Wall. Other beautiful monuments in Berlin that is a must see are Brandenburg Gate, The Reichstag and the Berlin TV Tower.

I then headed to Munich, the capital of the state of Bavaria, once again via an overnight train. I was lucky enough to catch a glimpse or two of a very scenic ice capped mountainous view. Arriving early in Munich, I headed straight to the Alte Pinakothek, one of the oldest and most important art galleries in the world.

I then headed to Marienplatz which is the central square of the city. It has been Munich’s main square since 1158! The square is a sight to behold and very medieval looking it feels like being in a real life fairytale setting. Viktualienmarkt or Victuals Market is a 200 year old market located near the central square as well. This market is so very unique with its setting and as well as the items that are sold here.

Other interesting places I made time for in Munich were Hofgarten (Court Garden) & Englischer Garten (English Garden). Both these parks are worth going to as they are so beautiful and tranquil within a big city like Munich. One of the main highlights of Munich is savouring their local beer and eating sausages. I did just that at Hofbräuhaus, a famous brewery in Munich. The huge beer hall cum restaurant and bar can hold up to 1,300 guests at once. The special atmosphere of this place can be felt in every corner with a firsthand experience of a Bavarian way of life through the very hospitable waitresses dressed in Bavarian attire and entertained by traditional Bavarian live band music.

Germany is definitely a mesmerizing country and differs so vastly from one state to another. It was an experience I shall not forget. 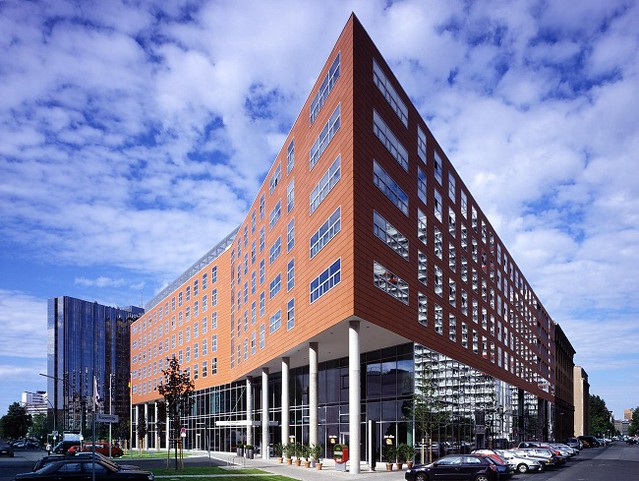 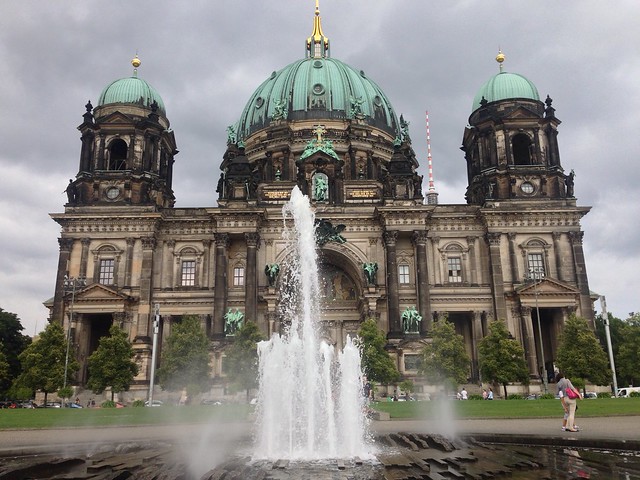 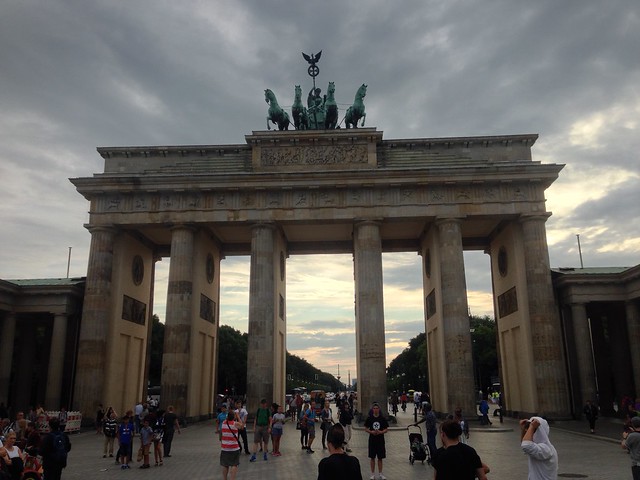 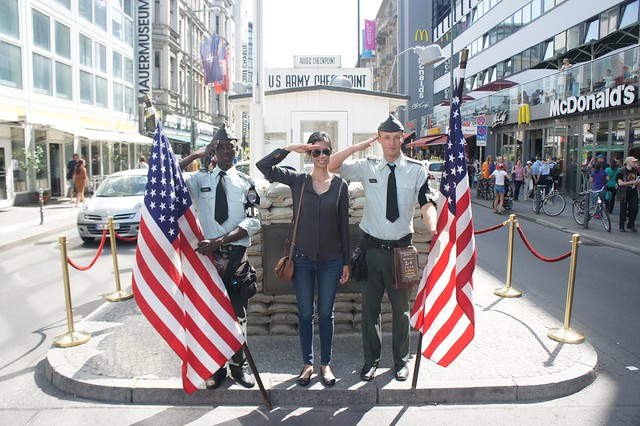 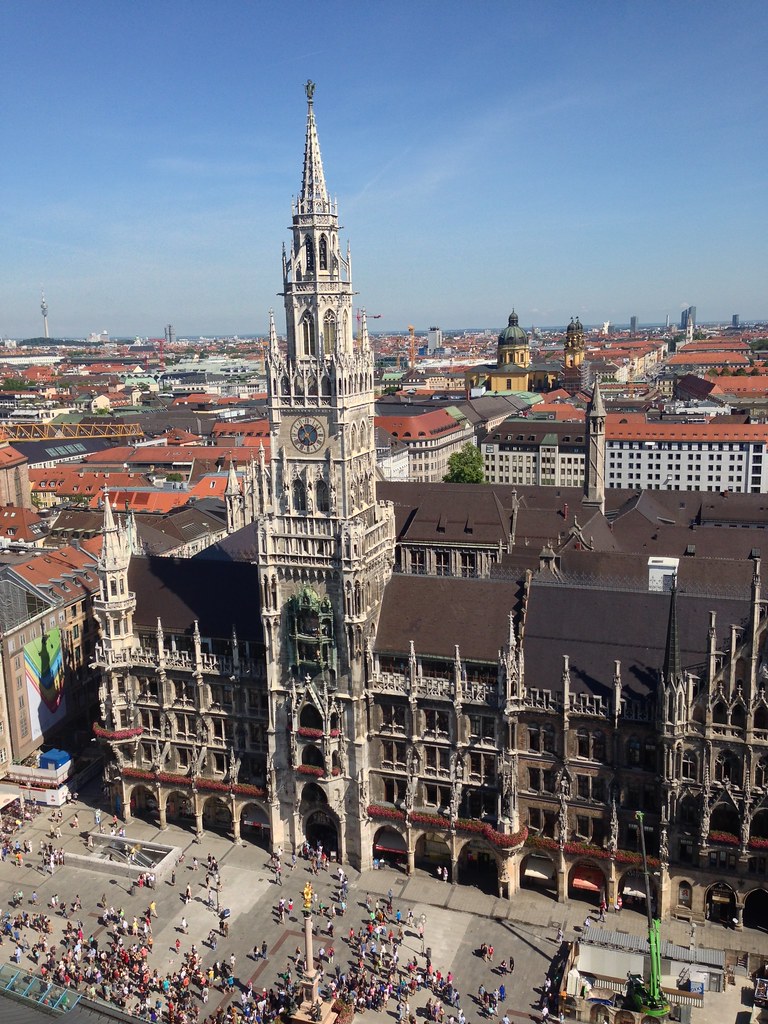