Save The Blue Project is an environmental initiative by KOSÉ to protect the world’s fast depleting coral reefs. Beginning with the corals reefs off the Japanese island of Okinawa since 2009, the Save the Blue project now expands to Malaysia from 2011 onwards. 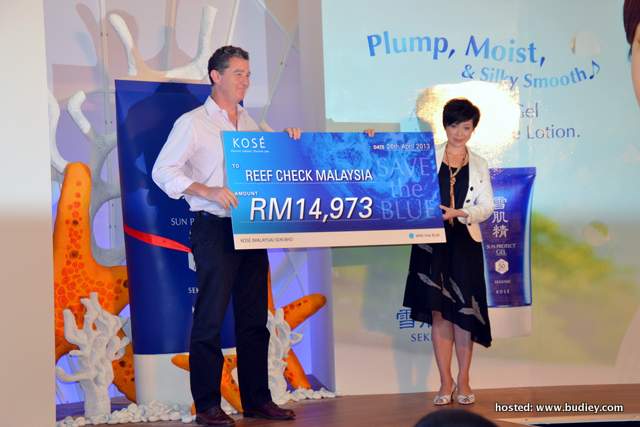 Our environmental conservation effort, KOSE SAVE the BLUE, aims to protect our blue earth. Thanks to everybody’s deep affection, understanding, and support towards environmental protection activities, the project is now spreading to many other Asian nations and regions. In Japan, we have been cultivating coral reefs since 2009, and have so far covered 27,578,812 cm2 (the size of 7.3 25m pools) of the ocean floor with reefs. Protecting our beautiful blue earth so that we can pass it onto the next generation. The KOSE SAVE the BLUE project is continuing on this year.

We will support the government’s Departmentof Marine & Coastal Resources to help protect and restore the ocean. The Department conducts a wide range of ocean conservation activities, including water and coral rearing surveys, as well as the cultivation and aqua farming of corals.

We are donating part of the sales of special SEKKISEI bottles eligible for the KOSE SAVE the BLUE campaign to NPO-GreenLife (founded in 2003). In particular, we are supporting their projectofpurchasing and planting seedlings in Inner Mongolia for the greening of the desert. Out of customers who purchase the SEKKISEI special bottle, a few will be selected by lot to go and actually plant the seedlings themselves.

We are donating to WWF (World Wide Fund for Nature) Hong Kong, an environmental conservation group that is involved in ocean conservation activities.

The world’s largest coral conservation NGO, Reef Check, was founded in 1996. Reef Check Malaysia was established in 2007. Since then, they have been actively conducting ocean surveys and coral cultivation activities. We are supporting their activities through donation.

For year 2013, we continue support coral activation activities through donation. For every purchase of SEKKISEI Lotion Save the Blue Limited Edition 500ml and SEKKISEI Travel Set. KOSÉ will donate part of the proceeds to the research, education and conservation efforts of Malaysia’s coral reefs. 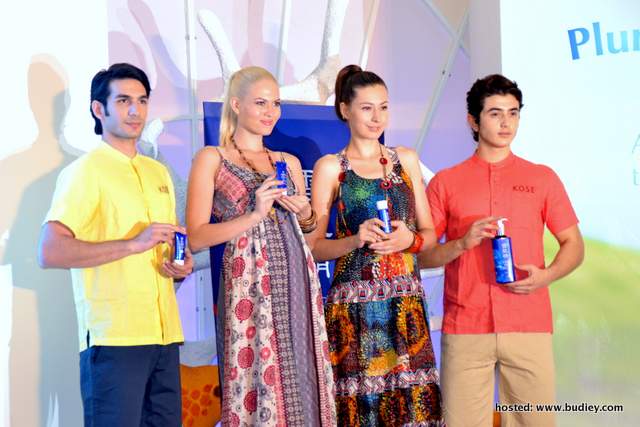 • Trusted and adored by legions of fans since 1985.
• Refreshing whitening and moisturizing essence that helps to prevent pigmentation, freckles and dehydration. To give you skin fair as snow.
• Fortified with extracts of Chinese Pearl Barley, Melothria Heterophylla, Angelica and Licorice as well as Germ Oil, Vitamin E acetate and other oil-based cosmetic ingredients
How to Use
• Use after face wash.
• Wet cotton wool thoroughly (2 – 2.5ml) and pat on face and neckline.
For parched dry skins, use together with Lotion Mask 2 – 3 times weekly. 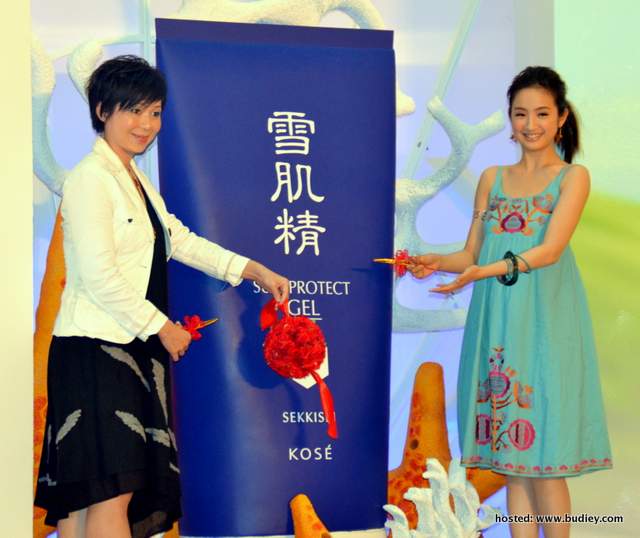 A Community Based Approach to Coral Reef Rehabilitation
Through
Coral Transplanting

Please note: Each Progress report is written as a stand-alone document that can be read without having to refer back to previous reports. As such, much of this and the following sections, which remains valid and relevant, is a repetition from previous reports, copied here to provide the reader with an uninterrupted flow of argument and rationale.

Reef Check Malaysia (RCM) was asked by Kose (Malaysia) Sdn Bhd (KOSE) to propose a programme of coral reef rehabilitation and education/awareness rising in Pulau Tioman, off the East coast of Peninsular Malaysia.

The goals of the programme are to:

• Improve coral reefs on Tioman Island
• Spread awareness and the benefits of the programme through education programmes for the local population and tourists.

This Report details progress on the project to the end of March 2013. Details of the project background are shown in our proposal, and are not repeated here. 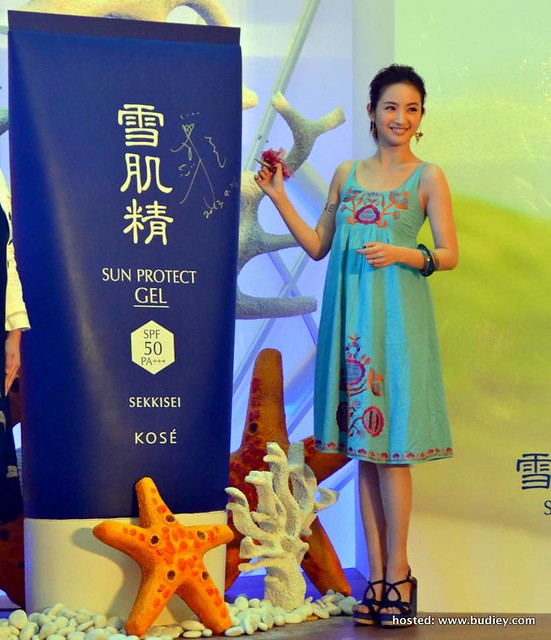 Since project inception, a number of visits have been made to Tioman to implement the project, as described below.

The rehabilitation site selected is at a location called Air Batang, towards the northern end of Tioman. The coral reefs in the area are in poor condition, partly due to anthropogenic impacts and partly due to natural impacts. The area is a popular snorkelling site, and it is thought that over the years, boat anchoring and direct impacts by snorkelers have caused some of the damage at the site. Fishing is likely to be another impact, disrupting the natural ecosystem by removing key species such as herbivores. Natural impacts include storms, crown of thorns outbreaks and bleaching, all of which are exacerbated by human impacts.

Thirty frames were deployed and populated by RCM staff on the first week of August 2012, containing a total of 840 nubbins. Each frame is labelled individually, to facilitate monitoring.

In addition to higher survivability, using fragments from the surrounding reefs adds meaning to this Reef Rehabilitation Project by rehabilitating existing degraded corals, reducing the amount of nubbins to be harvested from healthy reefs and increasing the diversity at the nurseries.

An important component of this approach to coral reef rehabilitation is cleaning and maintenance of the coral frames. Silt settles on the nursery frames, and algae grow on the frames, both of which can smother and kill coral nubbins during the early stages of adaptation to the new location. Therefore regular cleaning is necessary, to remove silt and algae, and also to ensure the physical condition of the frames. Cleaning has been conducted twice weekly, involving removing silt and algae from the frames using small brushes.

The March monitoring was carried out during the first week of April. A summary of the data is shown in the table below.

The nurseries are now seven months old and the nubbins are still doing very well despite the fact that the nubbins had to withstand the impacts from the monsoon season. Survival of the nubbins had decreased very slightly from 79.88% in February to 78.45% in March and at 78.45%, the survival rate is still very high. Average growth rate has decreased from 1.43 cm/month to 0.23 cm/month.

Surviving nubbins are looking healthy and showing signs of growth – corals overgrowing cable tie and PVC frames, branching out, and forming a natural 3D reef structure. The nurseries have also successfully attracted natural recruits (natural corals from the reefs) to settle on the frames and created a mini ecosystem with fish and invertebrate taking up residence. Pictures are shown in Appendix 1.

Weekly cleaning and maintenance will be continued and monthly monitoring will be carried out to provide regular feedback on survival and overall health of the nubbins at all nurseries. Coral growth will be measured and the number of nubbins alive will be recorded.

Though there has been a slight decrease in survival, the nursery is doing very well and nubbins are continuing to show signs of growth. The corals of opportunity used at this nursery are also doing much better compared to other Reef Check’s nurseries populated with transplanted coral from healthy reefs. It is hoped that as the monsoon comes to an end, both survival and growth will increase.

Figure 4: The nurseries has successfully created a mini ecosystem 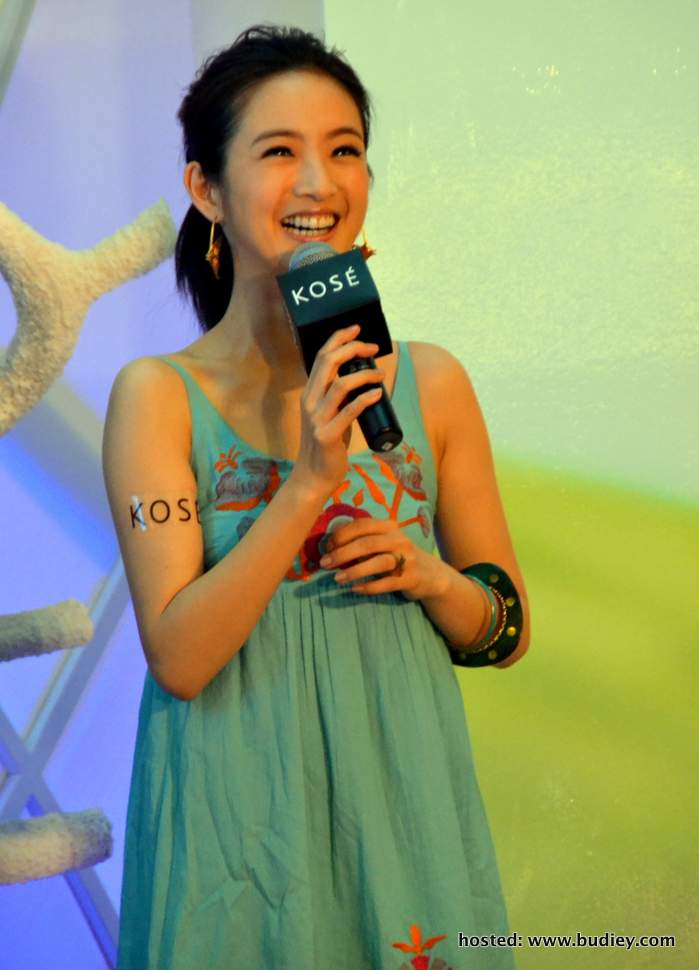 KOSÉ was established in Japan in 1946, when cosmetics were considered luxuries with goods still in short supply. At a time when even products with inferior quality will sell, Mr Kozaburo Kobayashi, our company’s founder, instilled the standard that continues to this day of insisting on high-quality products for our customers. This number of customers grew as a result.

The history of KOSÉ has been one of diligent research into product quality. Nonetheless, the quality level of a product, no matter how good it may be, is meaningful only if the customers can come to appreciate it. KOSÉ has valued counseling for that very reason. Our beauty advisors attend to the skincare needs of every customer with utmost care, listening to our customers’ special concerns, perspectives about ideal skin and more. It is only then that our beauty advisors can recommend the most suitable product. We direct our efforts towards building trusting relationships in which our customers’ visit to the KOSÉ counter becomes as enjoyable as meeting a friend.