Little Mix are excited to announce 3 dates in Asia for May 2016 as part of The Get Weird Tour! Since winning the 2011 series of The X Factor, Little Mix have sold over 7 million records, had two UK No.1 singles and two platinum albums ‘DNA’ and ‘Salute’. As well as a successful arena tour, they have been the recipients of both a Cosmo Ultimate Woman Award and a Glamour Women Of The Year Award.

With over half a billion YouTube and Vevo views worldwide, they’ve also successfully become one of Britain’s greatest exports with massive tours in the US, Australia and Japan – breaking the Spice Girls’ long-held record of highest debut US chart position for a UK girl group in the process – with signature hits including ‘Move’, ‘Wings’, ‘DNA’ – and now insanely effervescent comeback single ‘Black Magic’. 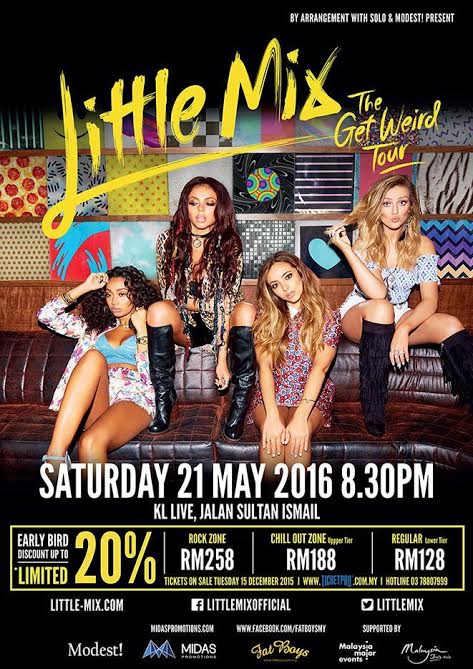 THE GET WEIRD TOUR LIVE IN MALAYSIA

Since 2011 Perrie Edwards, Jesy Nelson, Leigh-Anne Pinnock and Jade Thirlwall have established themselves as one of British pop’s brightest pop acts. The girls describe “Get Weird” as “a celebration of being unique and not holding back” which is most evident in “Weird People” – a song which finds them embracing their “inner weirdness”.

The girls strived to “push everything to its limits” on this record and make no mistake: ‘Get Weird’ does not mess about.

Tickets go onsale Tuesday 15th December at 10am on all channels. Ticketing details on midaspromotions.com 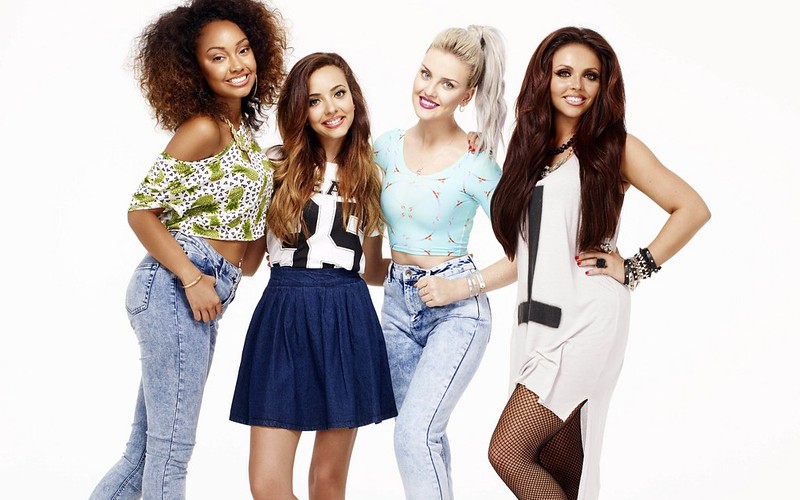