Amy Search will be performing Live at The Star Performing Arts Centre on 20th September 2014.

Get ready to rock out as Live! Empire presents Amy Search Live in Singapore on the 20th of September 2014 at The Star Performing Arts Centre.

Fresh from his band, Search Acoustic Performance in June 2013 & the double bill band show, Double Trouble in October 2012, Amy is back again in Singapore to helm his solo efforts in a grand concert at The Star Theatre. He will belt out classics from his solo album as well as a few classics with his rock group Search.

This show will hopefully coincide with the release of his new album. An album which will see him collaborating with a few artistes around the region. No promises, but expect surprise appearances from these artistes.

Be prepared to get thrilled again. A show not to be missed! 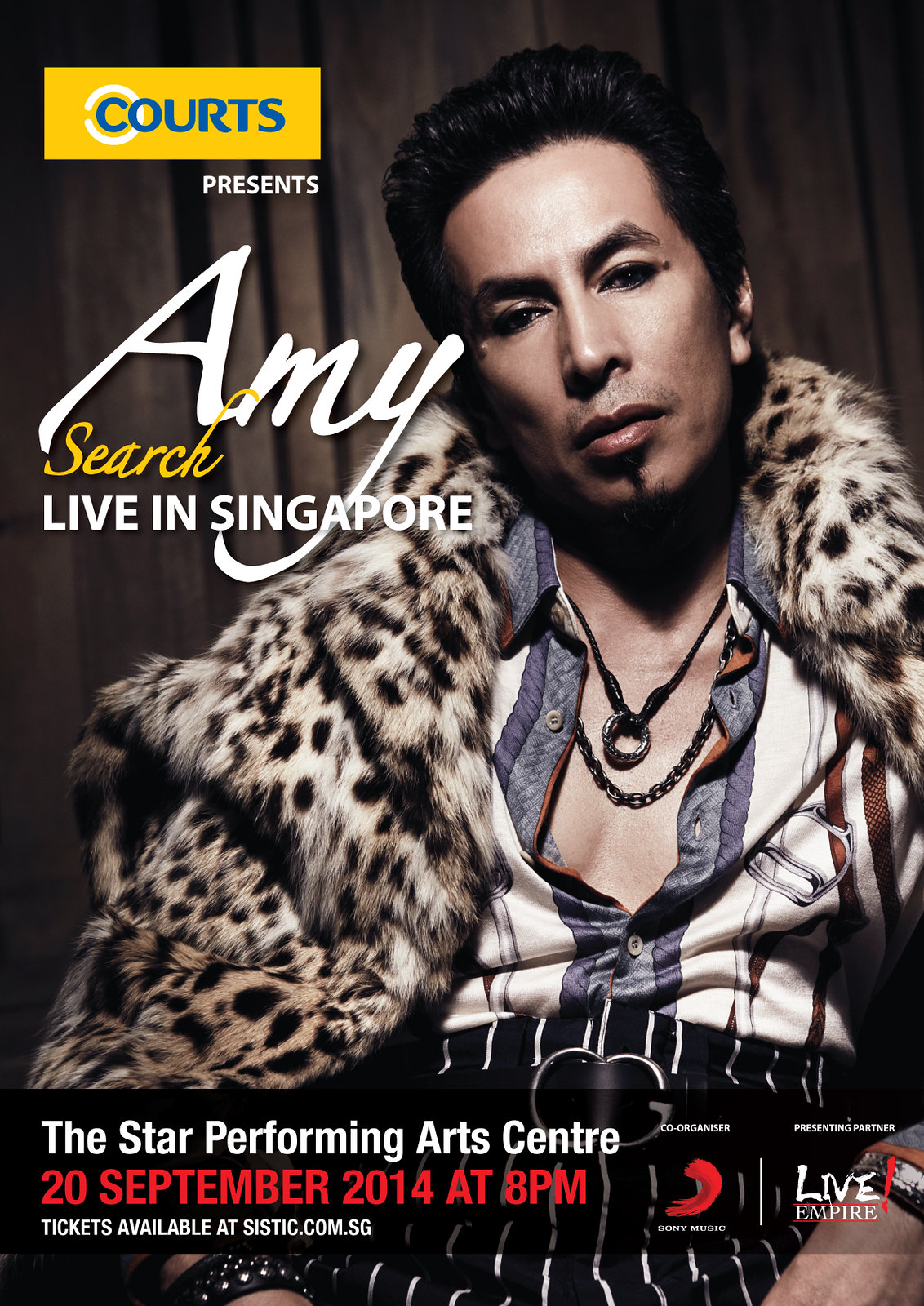