Saudi Arabia is welcoming over two million pilgrims from around the world to Hajj, the annual pilgrimage to Makkah, the world’s largest annual gathering.

Saudi Arabia ably handles the yearly task of welcoming a sudden population increase that is larger than most cities, providing the best available health care and medical services to pilgrims who make this holy journey each year. 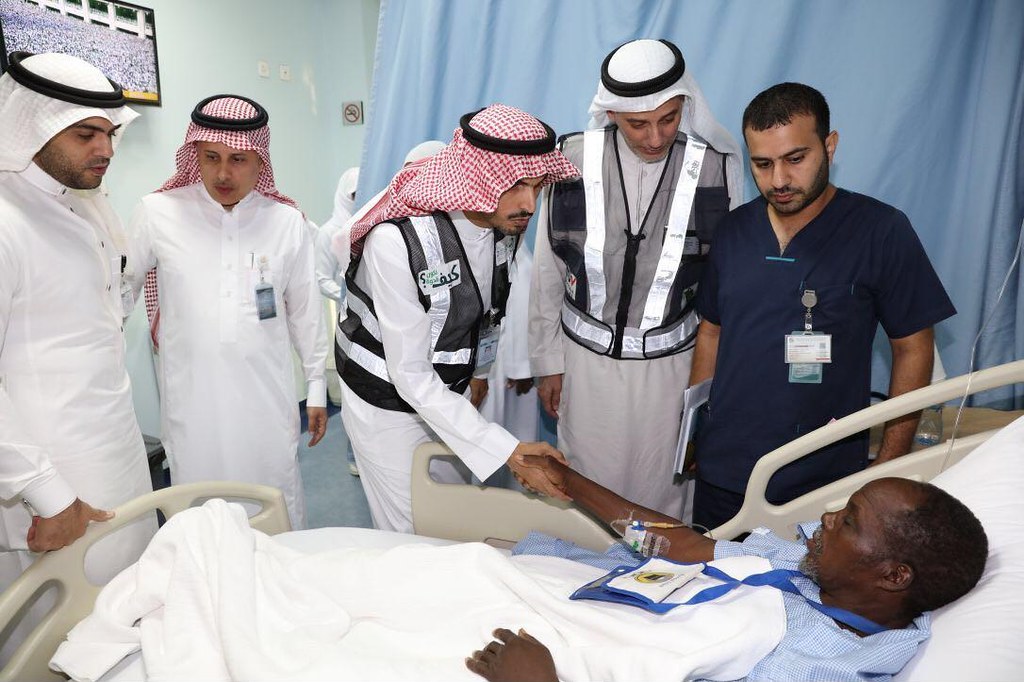 Health management is one of the top priorities of the Saudi authorities. The authorities inform visitors through multi-lingual communication channels about disease-control measures that it provides to pilgrims through a sprawling network of embassies, airlines, hotels and Hajj operators
Hajj is one of the five pillars of the Islam.

The rituals of the Hajj are prescribed in sequence, the time to perform each act, and the location of it, which adds to the complexity of managing movement of such a large number of people in a very short period of time. To ensure a smooth and safe pilgrimage, the Saudi government mobilizes an extraordinary amount of human and logistical resources.

The Ministry of Health publishes the health requirements for making the pilgrimage to Makkah. This year, the advisory recommended that the elderly (65 years and up), those with chronic diseases, immune deficiency, malignancy and terminal illnesses as well as pregnant women and children under 12 years postpone their pilgrimage. Moreover, the authorities face a big challenge in ensuring any infectious outbreak is swiftly and efficiently tackled.

Pilgrims are urged to get vaccinated against certain diseases before travelling. It is only upon producing the proof of vaccination that one is issued a Hajj visa. Throughout the year, the Saudi ministries and departments continuously review and update their health emergency responses and crisis management.

The Ministry of Health provides regular information and health tips in multiple languages while recommending pilgrims have pre and post Hajj health screenings.

This year, the Ministry of Health has set up more than 15 preventive centres for disease control at key points of entry. These centres, which operates round the clock, are equipped with emergency teams and medicines. More than 25,000 health practitioners are on duty to serve the pilgrims, are supported by some 300 ambulances, 30 motorbike ambulances, 8 air ambulances and 113 ambulance centers. In addition, more than 2,000 Saudi Red Crescent Authority personnel have been deployed in Makkah and Madinah.

According to the Saudi Ministry of Health, more than 2,100 free medical procedures have already been performed on pilgrims.

Working closely with the World Health Organisation (WHO), Saudi Arabia has also made contingency plans in the event of Ebola and MERS outbreaks by setting up special quarantine units.

The country has tapped into technology to efficiently monitor pilgrims’ well-being and safety, while each pilgrims has received an electronic identification bracelet containing personal and medical information, which allows the Hajj authorities to identify individuals and provide necessary care. The water-resistant and GPS-activated bracelets also inform pilgrims about prayer timings and assist non-Arabic speaking pilgrims with the Hajj rituals.

A monorail service between the key Hajj sites of Arafat, Muzdalifa and Mina has significantly reduced travel time. Multi-level pathways have also been built to reduce congestion.

At the courtyard of Al Masjid Al Nabawi in Madinah, giant umbrellas have been installed to protect pilgrims from the powerful rays of the sun. In the outdoor assembly area of the mosque, sliding domes have been installed that can be moved over crowds to protect them from the heat. Saudi authorities have also decreed that pilgrims can perform the Stoning of the Devil ritual anytime between sunrise and sunset; in the past, many pilgrims took part in this ritual under the scorching afternoon sun.

Within the parameters of the constraints of sequence, time, and location, coupled with the numbers of the pilgrims to be hosted, Saudi Arabia makes every effort to serve the pilgrims each year, while learning from past experiences to improve for the next Hajj.