– What prompted the reunion?
Nick : It’s a right time in our life. Something we really look forward to that.
Joe : We can do our thing again that we like. It’s a great experience that we like very much.
Joe : It’s an evolution and we are coming into the new project (reunion) with an open mind and discovering how to work together, create music and performance. 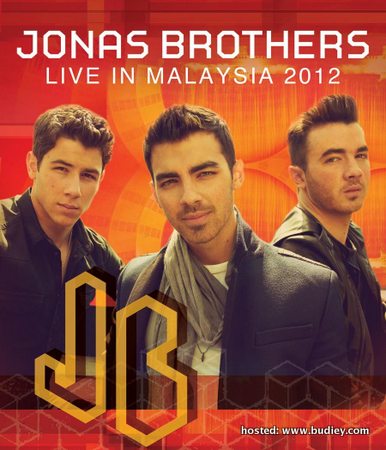 – About new album progress
There is 38-second song review for their fifth album. The song is ‘Meet You In Paris’.
The brothers are currently in the middle of selecting songs. They have chosen few. The process takes time to choose the best songs to be featured in the album.

– About the Jonas Brothers
Over the past three years the brothers have never been apart even though they have gone temporarily solo with their personal projects. It’s a cool experience for them.

They also commented that their current reality TV show, “Marriage To Jonas” is a great experience to the whole family as friends, relatives and the brothers themselves get to in appear in the show. Produced by Ryan Seacrest and Channel E!, Married To Jonas is enjoying success in the USA.

Kevin commented his marriage is a wonderful thing where he spends every day with his best friend (he’s referring to his wife.)

– About the concert
– On why choosing Asia, the brothers commented the comeback tour signifies a new chapter of their life. Hence, they want to explore a new territory that new to them which is Asia.
– There are three new songs most probably sung in the concert.
– The brothers are exciting to go to a new territory as they can see their new fans. Many fans sent their song requests on social media network such as Twitter and Facebook.

– About Malaysian singer Yuna
When asked about who are the Malaysian singers they know of, Kevin surprised media by showing Yuna album cover on his mobile phone and he also immediately played her song from his phone.

– The concert organized by The WonderLand+ kicks off on 24 October, Stadium Negara, Kuala Lumpur at 8:00pm.