Garang Pictures is proud to announce the theatrical release of it long awaited movie ‘CUAK’ on Friday the 14th (Valentine’s Day) of February 2014 at selected Tanjong Golden Village (TGV) cinemas in the country.

CUAK explores themes of camaraderie, love and matrimony that resonate with a universal audience regardless of race or religion. CUAK tells the tale of Adam (Ghafir Akbar) who; with meddlesome friends, insane in-laws, a suspicious step-brother and unresolved ex-girlfriend issues; is having second thoughts about his marriage to Brenda (Dawn Cheong).

Each one of the issues plaguing our groom-to-be is told in a distinct style. Khairil M Bahar combined these specific scenes to appear seamless.

“I don’t know if this experience has changed or advanced my views of matrimony, but I think it definitely brought a renewed awareness on the idea of partnerships (marriage or otherwise). When we decide to commit to each other, we are learning to fight for all that is important to us”; shares the lead actor Ghafir Akbar. “I believe ‘Cuak’ was born out of that same idea. A marriage of many loves, admiration, and respect. I had the privilege of working with such great artists in this movie – many of whom commit their lives fighting for what they love. They stuck around even when the going gets tough. And in doing the film, I realized that that’s just what Adam needs to find for himself.” 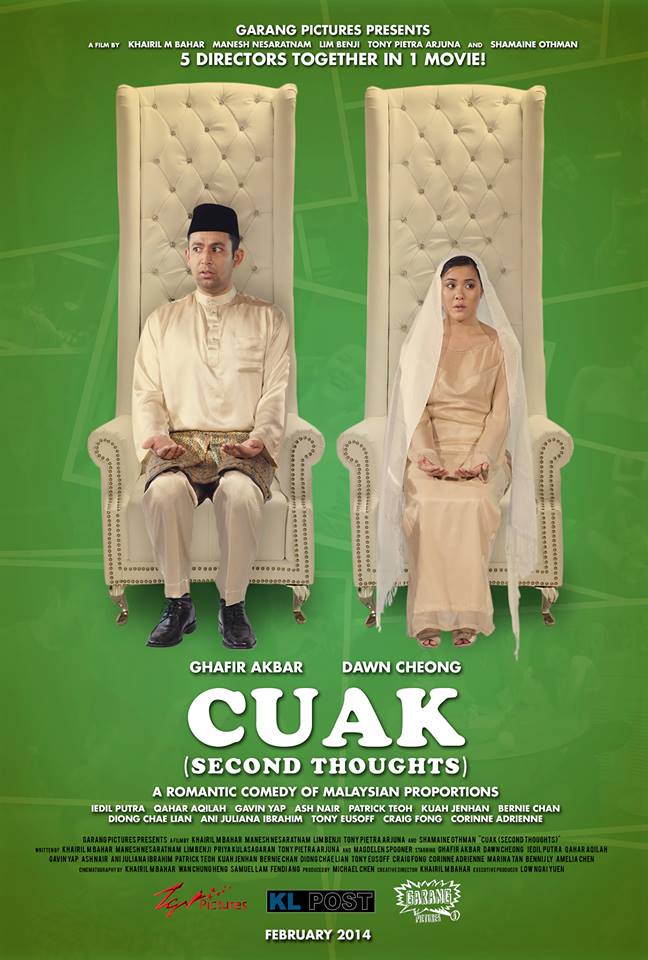