Kuala Lumpur (15 November 2011) Johnny Bravo, one of Cartoon Network’s most iconic characters, is back in the spotlight with the global premiere of his first television movie: Johnny Bravo Goes to Bollywood on November 27, 2011.

A high energy tribute to India’s illustrious, multi-billion dollar film industry, the 90-minute animated musical follows Johnny Bravo as he shimmies and shakes his way into Mumbai in a bid to re-claim his A-List status. 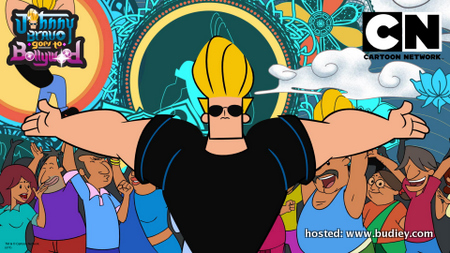 Following in the true tradition of Bollywood, Johnny Bravo will have audiences grooving in their seats as he bursts into Indian-inspired song and dance spectacles flanked by a glittering cast of hundreds.

Silas Hickey, Creative Director of Animation, Turner Broadcasting System Asia Pacific, Inc. said, “Johnny Bravo Goes to Bollywood is the world’s first, animated Bollywood musical created for an international audience and made entirely in Asia. It’s awesome in its humour, colour and energy and reflects Cartoon Network’s focus on comedy content that is packed with fun, laughter and adventure.”

Directed by Van Partible, the creator of the original character series on Cartoon Network, Johnny Bravo Goes to Bollywood was created traditionally with an emphasis on acting rather than technology and features detailed art direction that plucks Johnny from his typical American context and catapults him into the frenetic world of Bollywood.

“To achieve an authentic Bollywood backdrop that truly conveys the rich tapestry of the Indian culture we sent our creative team to Mumbai to immerse themselves in the vibrancy of both the local film industry and the buzz of daily life,” said Mr Hickey. “You can see the team’s experience there woven into everything from street scenes to character costume designs.”

Oooh, mama! About Johnny Bravo Goes to Bollywood
Fallen idol Johnny Bravo jets to Bollywood to knock superstar Jiggy from his pedestal and become the lead in Indian blockbusters Avasitar 2 and Bindiana Jaihones. But when a mean and nasty cult of assassins tries to get rid of Johnny and then kidnaps Mama Bravo and Johnny’s tween agents, Pinky and Shinky, Johnny must team up with his rival Jiggy to save them all. Oooh, mama! 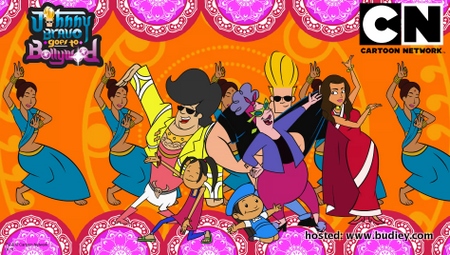